This was one of the tougher weeks for picking a Game of the Week, as there were several titles under consideration that were all wildly different from each other and stood out for wildly different reasons. That’s the world of mobile gaming for you, I guess! In the end though, Kurechii’s trimmed down RPG Postknight (Free) has won my favor. It brilliantly captures most of what makes an RPG fun and condenses it down until a format that’s perfect for the pickup-and-play nature of mobile gaming. 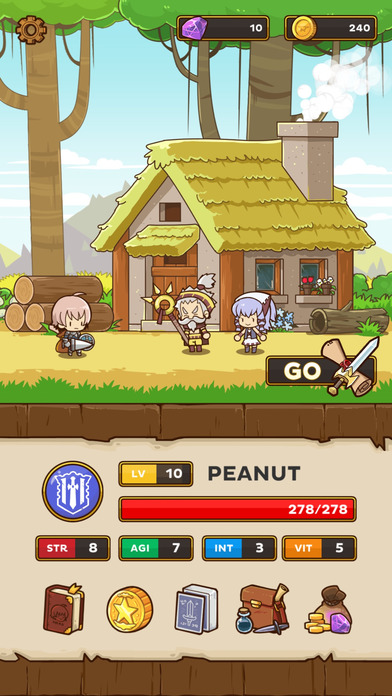 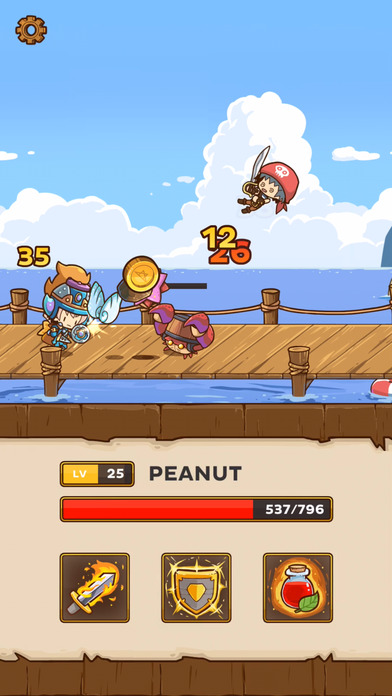 You begin as a humble postknight (a bad ass form of mail delivery person) delivering letters to residents who have fled town due to an erroneous threat of a dragon. Your journey to deliver these letters plays out in a side-scrolling view with your postknight walking automatically. When you run into an enemy, you’ll do a basic attack automatically too, but you also have a few buttons available to make things a little less passive. One for doing a thrust attack, one for drawing your shield to block an incoming attack, and one for using a potion to refill your life bar when it gets low.

During your journey you’ll earn various loot and coins, which you get to keep even if you die before making your delivery. After a journey ends you’ll head back to a hub town where you can do things like upgrade your weapons and equipment, infuse your potion ability with different herbs you’ve collected to give you extra benefits, buy various items from the shop, and more. The first set of levels acts as a tutorial and does a great job at slowly introducing you to all the various concepts in Postknight. 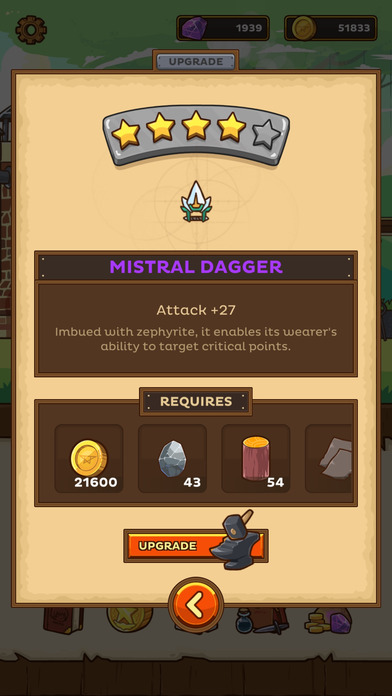 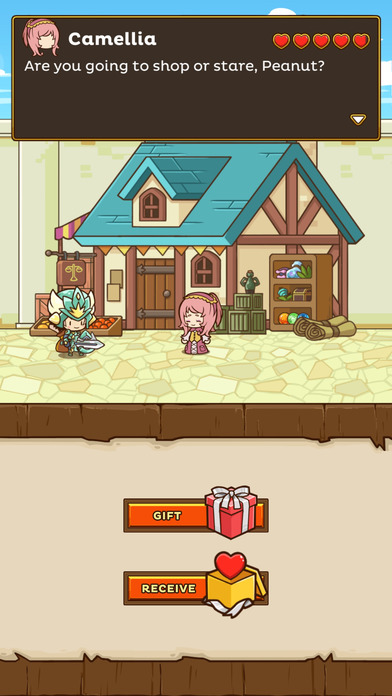 Once you’ve played through that first batch of levels though, Postknight really begins to open up and reveal how much depth and content is on offer. There are multiple tiers of equipment and weaponry to unlock, all of which can be upgraded with resources you find while playing. And many people will be happy to know that equipment changes as it’s upgraded and your various armors and weapons actually change the look of your in-game avatar. It’s like RPG dress up! In addition to a massive single-player story-driven campaign, there’s also a constantly rotating set of side quests to tackle as well as a number of in-game achievements to shoot for. There is A LOT to do in this game.

Postknight is a free to play game, and one of the least heavy-handed ones I’ve seen. Your HP acts as sort of a timer as if you fall in battle it takes time to regenerate, but it’s very quick at doing so and you can also opt to watch a video ad or spend some premium in-game currency to restore it instantly. You can also watch an ad to refresh items in the shop, but other than those opt-in choices there are no other ads in the game. And… that’s pretty much it. You can buy packs of premium currency if you wish to speed things along or buy extra items, but it feels pretty unnecessary. Even the IAP packs are inoffensive, ranging from $2 to $19 rather than the OMG BEST DEAL EVER!! $100 packs that most free to play games are so fond of.

What I really love about Postknight is that it scratches a similar “satisfaction of progress" itch that idle games do, but it’s far deeper than an idle game. At the same time, its existence is not going to make you quit midway through your playthrough of Final Fantasy XV or anything, but it definitely gives you the same sort of satisfaction of an RPG in mobile-friendly bursts. It’s not just the RPG mechanics and progression though, as Postknight even has an entertaining storyline which I’m eager to continue on with. If you’re looking for a breezy take on an RPG that you can enjoy on the go, there’s no reason not to give Postknight a look, and there’s plenty of positive comments in our forums that think so too.