The second expansion for Guild of Dungeoneering ($5.99) is about set to hit mobile. “Ice Cream Headaches" will come as a free update to mobile on Thursday, February 9th. Like with “Pirate’s Cove," the game’s price will increase by a dollar if you haven’t bought the game yet, but the DLC is free otherwise. This DLC brings a new zone, which is accessible near the beginning of the campaign. You can unlock three new dungeoneer classes by playing quests, and you’ll unlock new loot throughout the game by playing these levels, too. It also introduces a new mechanic called Favour, a stat you gain as you build your dungeon, and then can spend in battle to get an upper hand. This feature will be available throughout the entire game once the DLC is added in.

If you haven’t played Guild of Dungeoneering in a while, then good news: you can unlock it pretty quickly if you’re starting fresh, which Gambrinous recommends, as beating the game might make the Ice Cream Headaches content seem too easy. It unlocks after you beat the first grasslands boss, which is about the ideal level of power to tackle this content. There’s also going to be a shortcut in the new game screen that will take you to this content if you want to play it right away. Check out the forum thread for the game, and keep an eye out for the new update on the 9th. 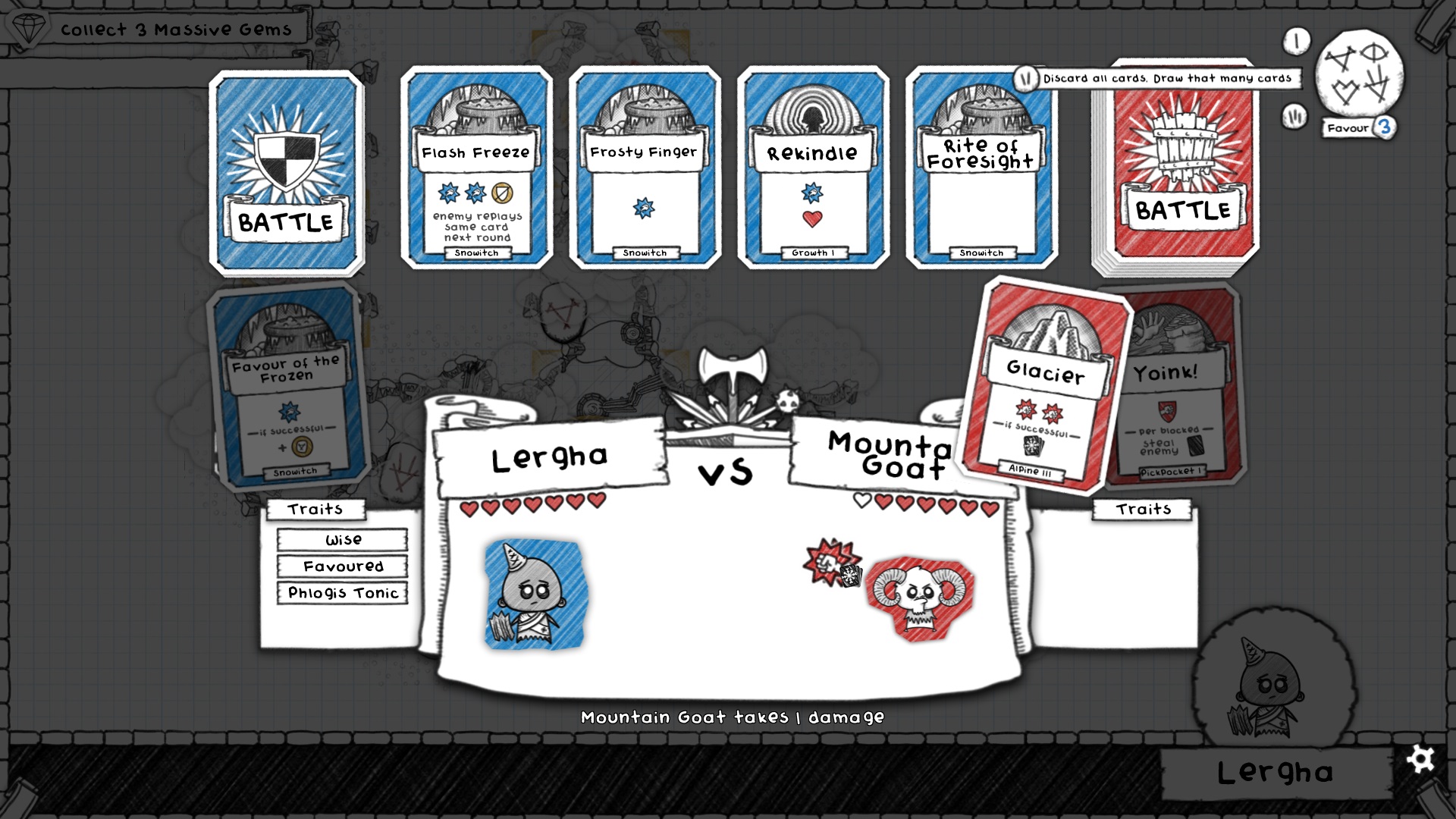