Sky Force Reloaded (Free) left a particularly strong impression on both gamers and critics over the course of 2016, and for good reason. Regardless of whether you were a fan of the shoot-em-up genre, Sky Force Reloaded excelled with its presentation and attention to detail, but most of all with its undeniably commitment to consistent content updates. While the base game in Sky Force Reloaded was already essential, and even received a glowing five star review back in June of last year, these frequent updates only solidified infinite Dreams’s futuristic shooter as the pinnacle of the genre on mobile devices, and the level of commitment from the developer to their considerable community of fans is almost unparalleled, even on the App Store. Sadly, there was always going to be a point when the update well would run dry, and it seems today we have reached this milestone. The 1.80 patch, dubbed the ‘Missile Update’, marks the end of the content updates for the game, but if the additions included are anything to go by, Infinite Dreams are determined to finish their perpetual support of Sky Force Reloaded with a bang. 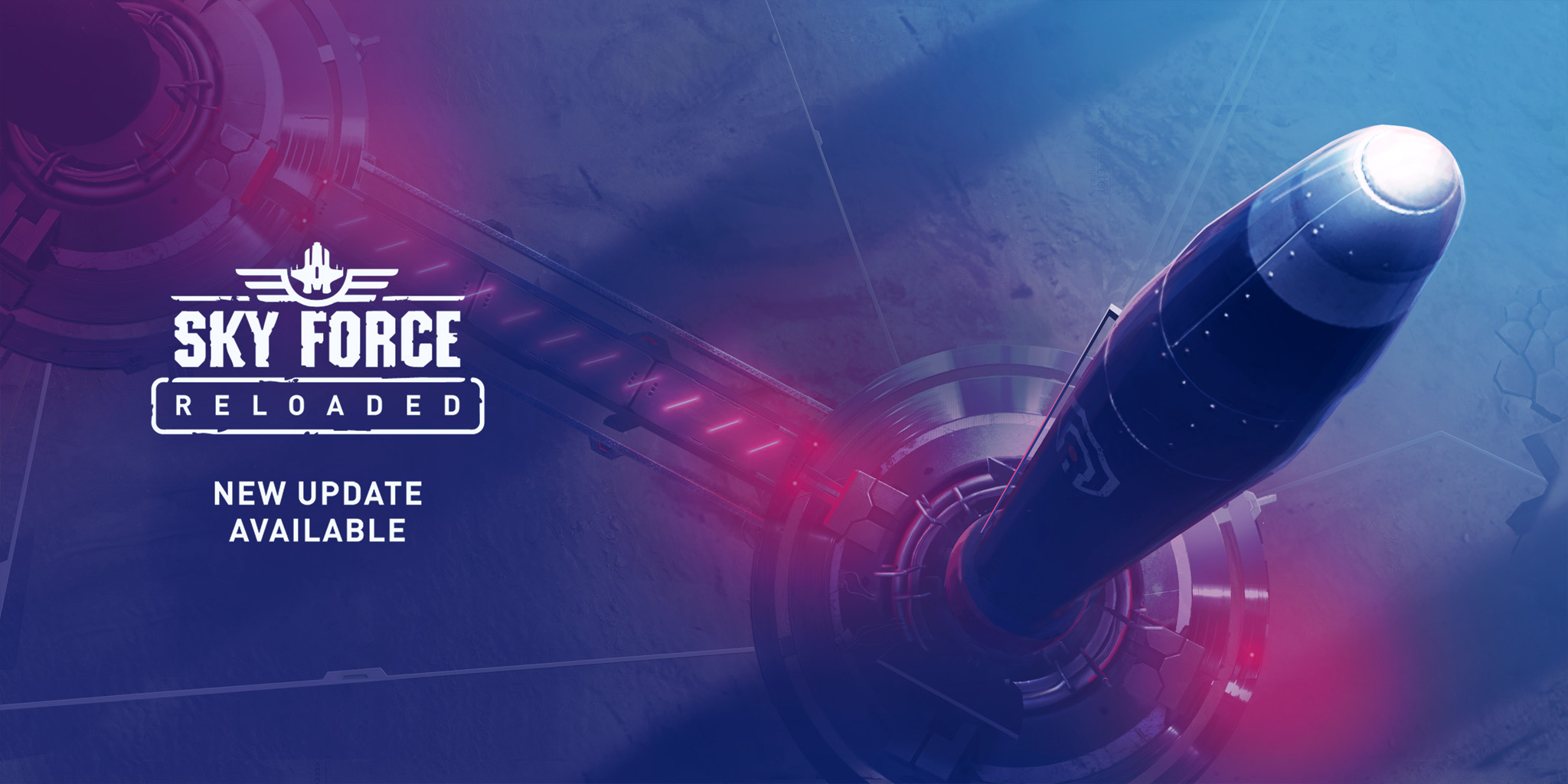 In the ‘Missile Update’, there is a whole new B2 bonus level, which is packed with explosions and general chaos to really push the beautiful graphical design of Sky Force Reloaded to the limit. Furthermore, increased upgrade caps for Laser, Shield, and Mega Bomb give players even more room to make their weapons as lethal as possible, which is definitely a neat addition. Some other balancing quirks, such as fixing the Insane difficulty option and making the Stage 13 boss easier, coupled with fixing the star exploit in stage B1 and increasing the score bonus for boss kill time, are welcome additions that help streamline and perfect Sky Force Reloaded even further. With a widescreen iteration of the game for Apple TV also planned for the near future, Infinite Dreams’s commitment to Sky Force Reloaded is as strong as ever, even if there is no additional content planned for the foreseeable future. It’s been fantastic covering the constant flow of updates for Sky Force Reloaded over the past few months, and I’m incredibly excited to see what the developer has up their sleeve for 2017. For more discussion and information on the ‘Missile Update’ for Sky Force Reloaded, be sure to fly by our forum thread.