Versus Evil had a presence at PAX South 2017, and mobile will play a role. The starring mobile game at their booth was Like a Boss, which has been in soft launch for a while now, but only an older build was available at the show. Still, this one’s in development and worth keeping an eye on, as the concept of being an MMORPG boss and fending off pesky heroes is quite fun. Let Them Come was available on PC. This 2D shooter has you trying to defend your encamped position from an oncoming horde of enemies. The demo at PAX South gave players a limited amount of cash to go into battle with, so special ammo and passive skills had to be equipped wisely to fend off the dangerous enemies for as long as possible. It’s fun stuff, though I am curious as to how well it will work on mobile. Versus Evil’s representative said the developers are still figuring that out. With two different guns, grenades, and a knife attack to worry about, I’m curious to see how it all comes together.

What about the long-awaited Antihero? Well, the multiplatform 4X-inspired strategy game had a playable version on the show floor, and a Versus Evil representative mentioned spring as a potential release date for the game. Antihero* has been in the works for about 3 years now, and we’ve been waiting for this one to release, it’s far from the craziest, longest wait for a mobile game like this. One of the new maps in the game is the Masquerade. Some buildings you burgle have masks for a masquerade ball, and if you send enough urchins to the masquerade, you get a victory point. The number of masks necessary to get the victory point keeps increasing, and you can lose urchins if someone gets the victory point before you do. I’m getting impatient for this release because I like the core 4X-style gameplay of this one, I just want this one for real…well, at least on iPad, as the game’s in itch.io’s first access program. 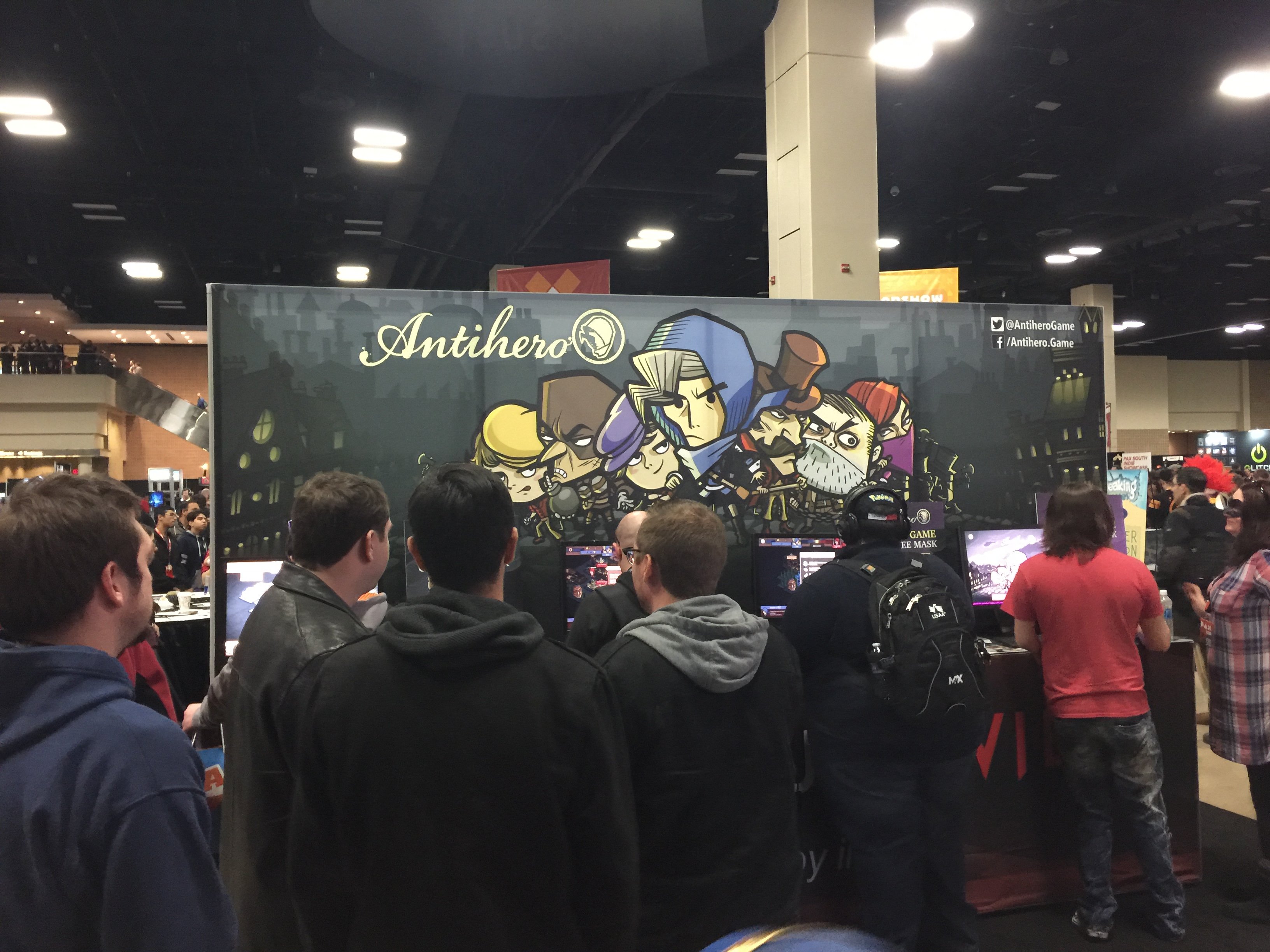