Love it or hate it, you have to admit that for a little while, Flappy Bird was everywhere. There’s even a secret stage in Super Mario Run that I’m pretty sure is winking at the game. Nobody seemed more surprised by the game’s explosive popularity than its creator, Dong Nguyen, who ended up pulling Flappy Bird from the App Store at the height of its popularity. Since then, he’s kept on doing what he was doing before: making pick-up-and-play games with cute art and aggravating difficulty. For his latest game, Nguyen teamed up with Japanese publisher Obokaidem, a mobile-focused team with a number of ex-Konami employees in its ranks. The result is Ninja Spinki Challenges!!, and it’s set to release later this week. 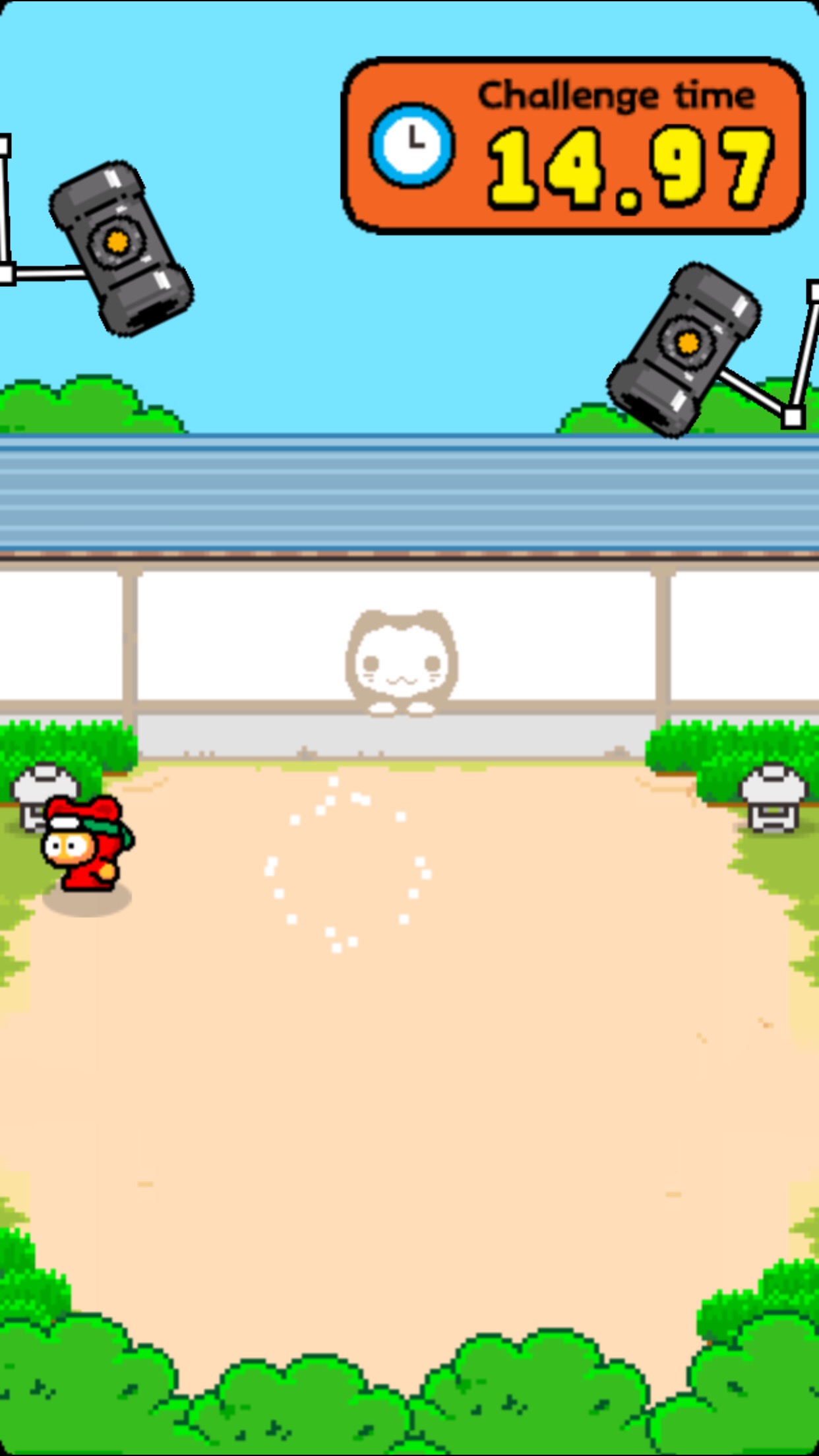 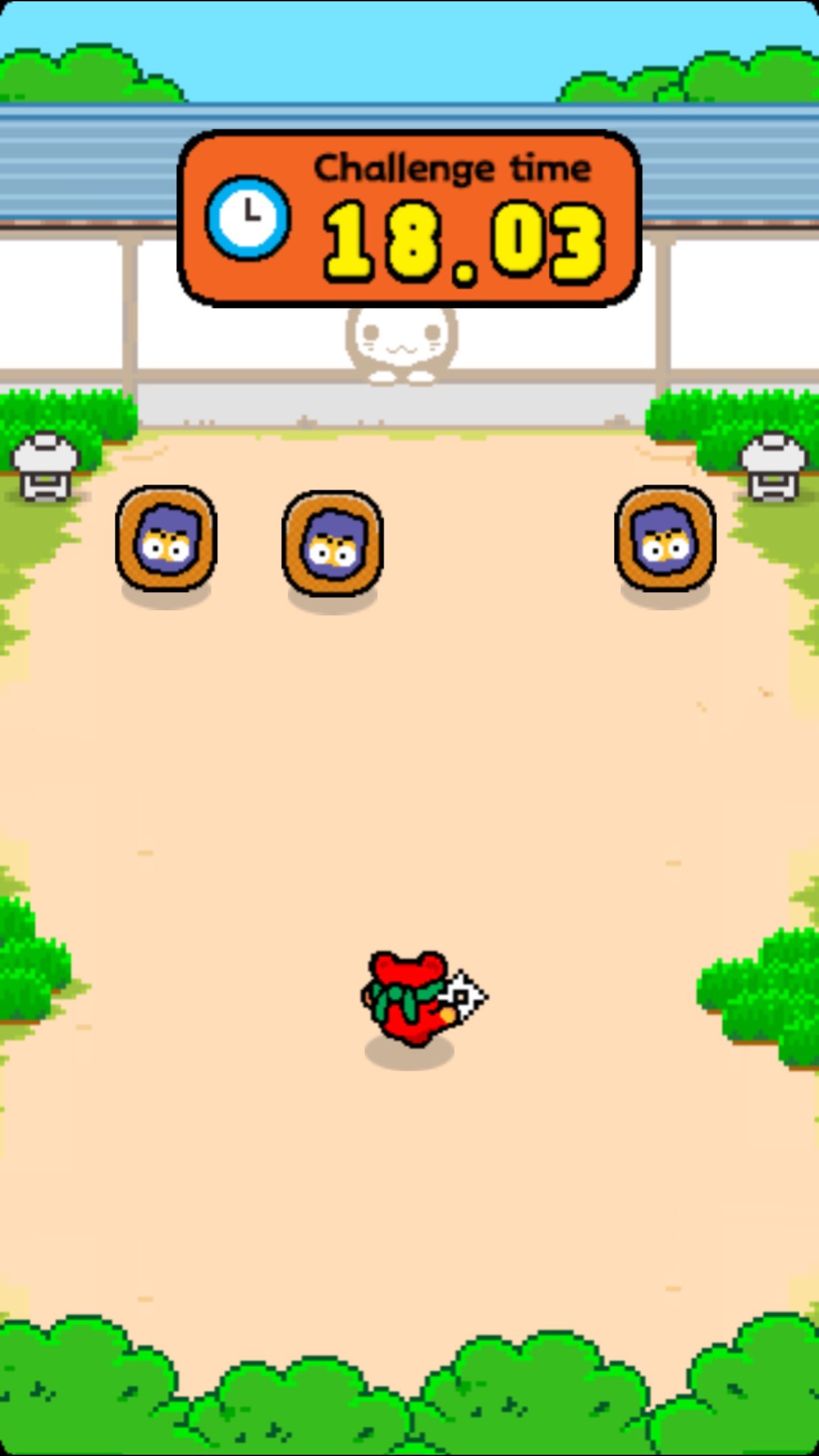 I had the chance to try the game a little bit ahead of its release, and while it’s certainly a little more polished than Nguyen’s previous titles, Spinki‘s got its creator’s fingerprints all over it. The main character is drawn from the cast of Swing Copters, and the gameplay focuses on performing relatively simple actions in increasingly challenging circumstances. At the same time, this is a kinder, gentler game than Nguyen’s previous releases, at least initially. The game has two modes, but you’ll have to play a little of the first to unlock the second.

The first mode is the Challenge Mode, where you’ll play one of six different mini-games. There are five sets, making for a total of thirty stages. Clearing a mini-game in one set will unlock it in the next set, where the challenge will be higher and the timer that you have to wait out longer. Beating the first set of challenges unlocks the second mode, which features an endless variation of each mini-game. Here, the focus is on collecting stars rather than simply surviving until the timer runs out, but you’ll need basically the same set of skills to excel. 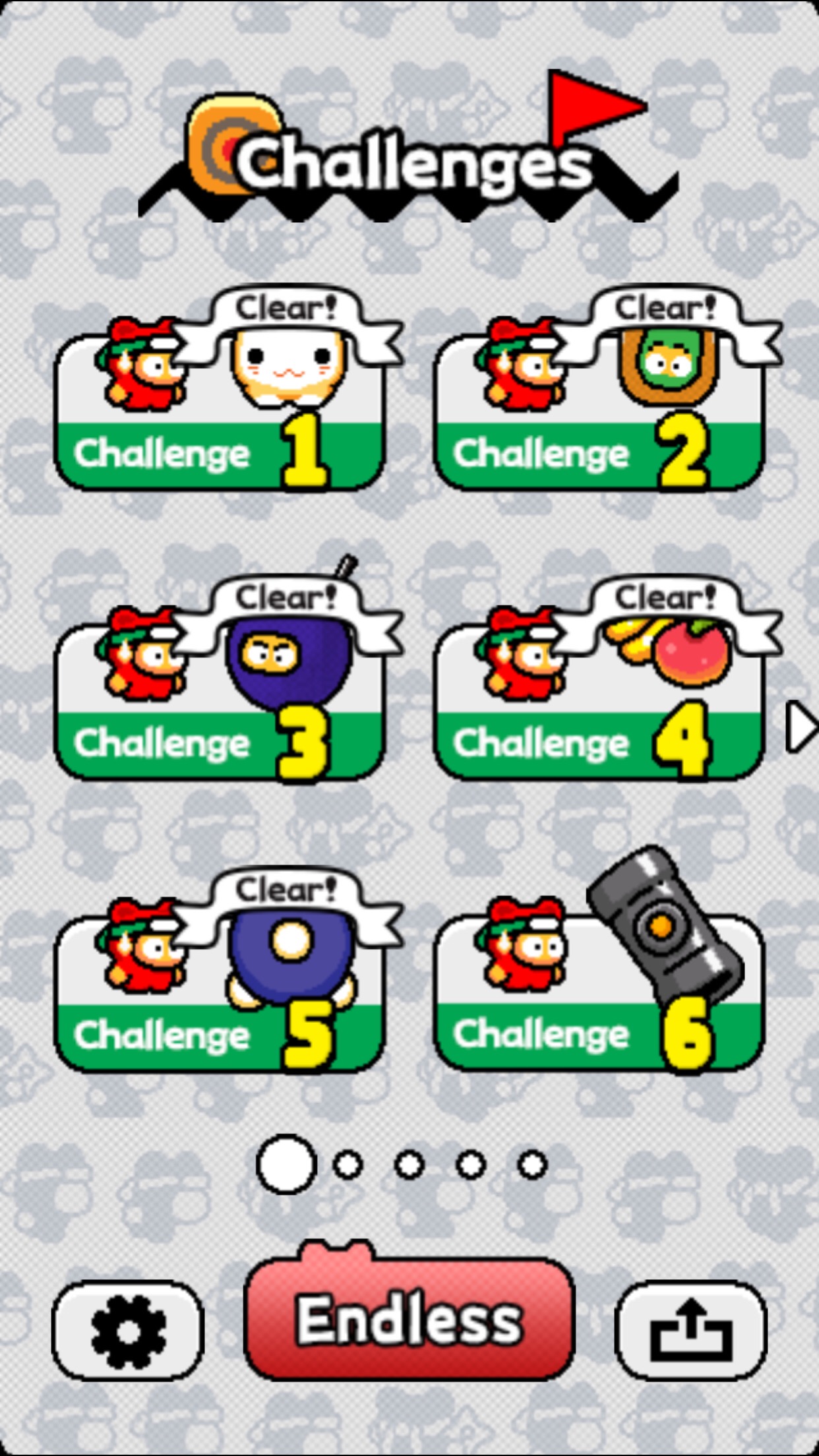 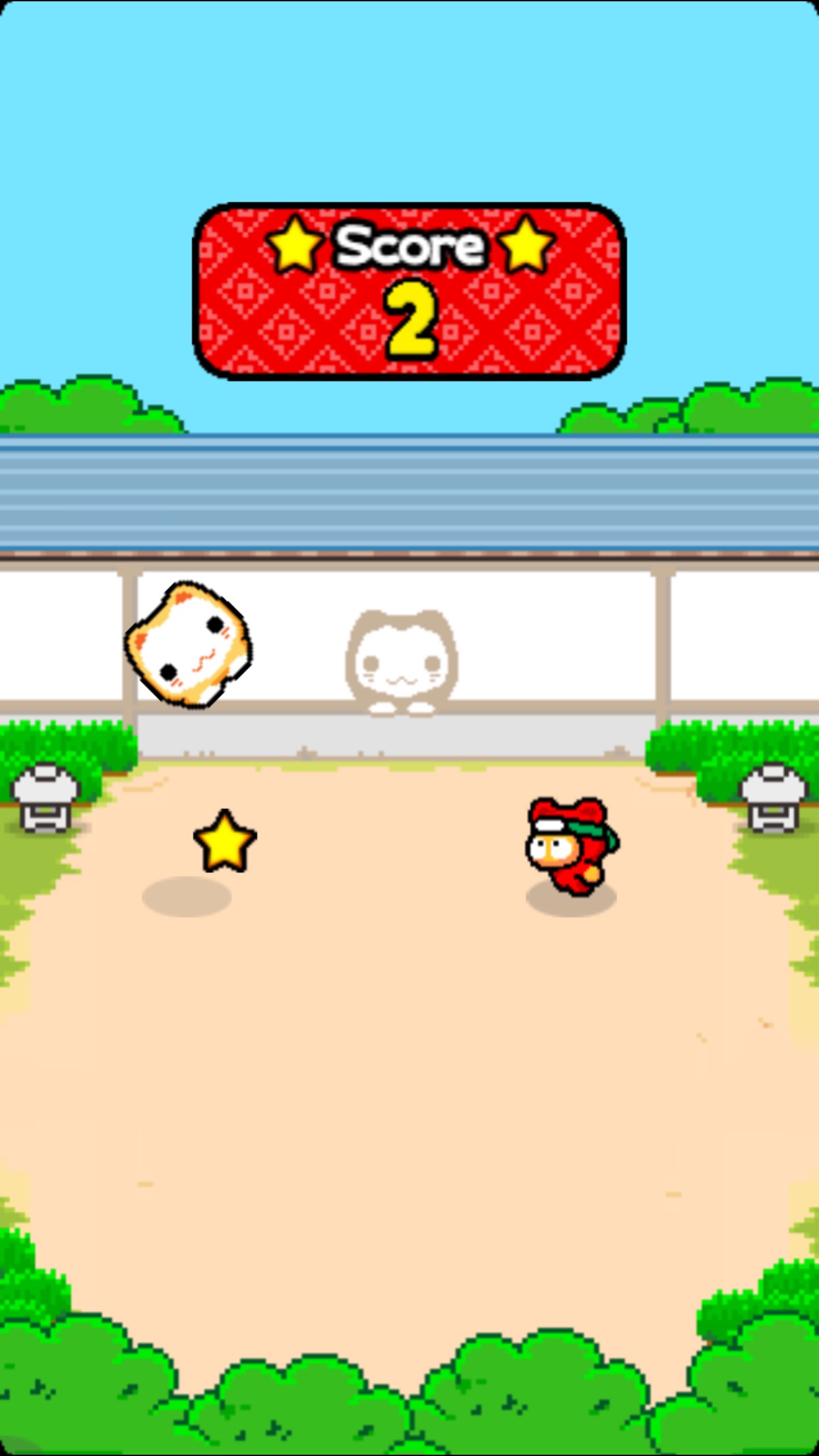 The six mini-games see you dodging bouncing statues by running back and forth, firing shuriken at paper ninjas, scrambling out of the way of rolling bombs, weaving between giant spiked balls that slowly move up and down the screen, dashing left and right to avoid cannon fire, and hopping over rolling fruit. Some of these are more difficult tasks than others. I found the shuriken game frustrating, for example, while the cannon dodging was almost trivial. The controls for all of the games are fairly straightforward, unlike Nguyen’s previous few games. You’ll either be dragging your finger to move Spinki, or tapping to throw shuriken. If you fail, you can watch an ad to continue a single time, but only once.

Clearing the first few sets of challenges should be doable for just about anyone, but after that, the game really turns up the heat. The real meat is in the Endless Mode, however, where you can compete on Game Center leaderboards with other players to see who can rack up the biggest scores. Don’t worry that it’s too easy, either. You’ll probably finish your first few attempts with each mini-game in Endless Mode with a pitifully small score. 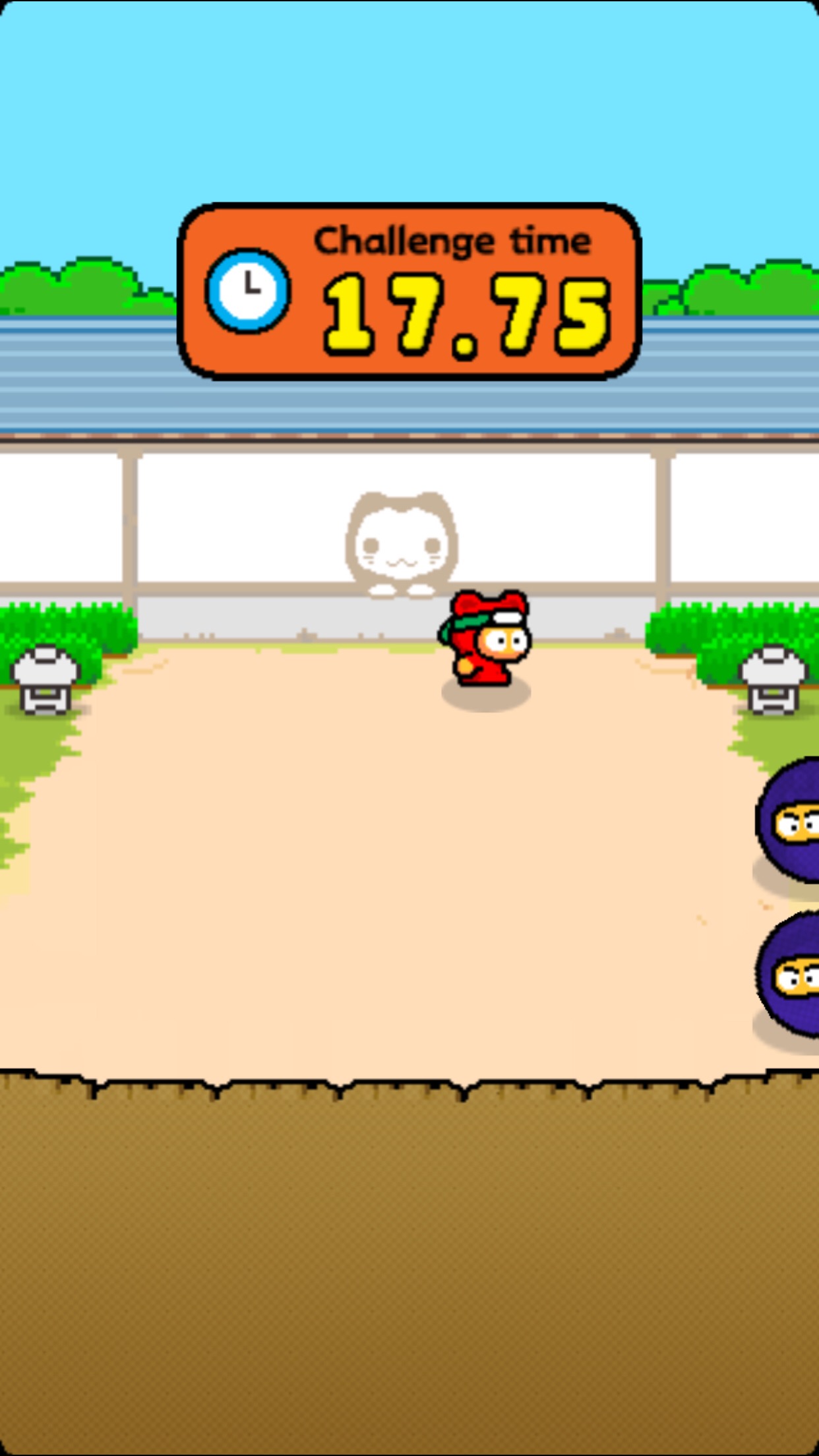 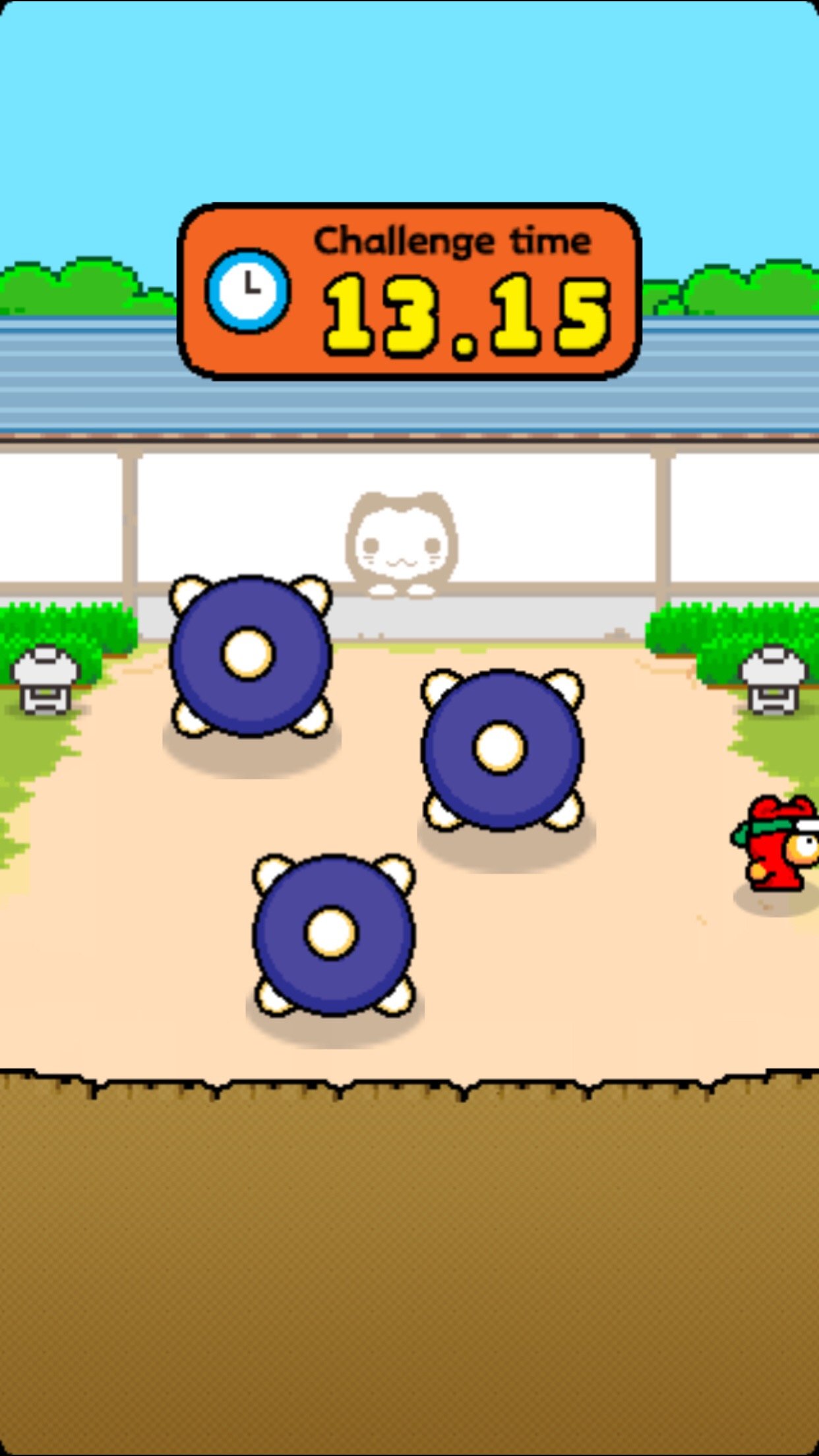 The gentler difficulty curve and added variety should lend Ninja Spinki Challenges!! slightly broader appeal without disappointing those who come to the game expecting to get a punch in the kidney. While it’s unlikely the game will repeat even a fraction of the success of Flappy Bird, it’s nice to see Nguyen further develop his skills as a game designer with each release. As someone who was not the biggest fan of Flappy Bird, I find Spinki to be a much more enjoyable experience that brings to mind mini-game collections like Nintendo’s Game & Watch Gallery releases. You can give it a try yourself when it releases later this week.