In virtually every respect, Empire of Angels 4 ($9.99) is a completely average SRPG. The latest in the line of a twenty-year-old series from well-known Taiwanese publisher Softstar, it doesn’t stray far from what you’ve likely seen in a lot of other games in this genre. You’ll go from point to point on a map, advance the story, fight some turn-based battles using an ever-increasing group of units, level up your team, and move on to the next challenge. Units can come in a variety of job classes, which define what moves they have at their disposal. Battles are broken up by cut-scenes that move the story along, but the meat of the game is left to the combat.

Empire of Angels 4 only has a couple of gimmicks to call its own. First, almost all of the important characters in the story are well-endowed, cute girls in somewhat skimpy outfits. Second, if any of these characters are defeated in combat, they’ll be reduced to their underwear for a couple of seconds before retreating. Since the battles are rendered in a super-deformed style, this is basically played for laughs rather than any sort of titillation. Well, it’s lasted this long, so I guess these things are working well enough for the series. I’m pretty sure this is Empire of Angels‘ debut on iOS, as this is a port of the latest PC release that you can pick up off of Steam. It’s certainly the only one available in English on iOS, at least. 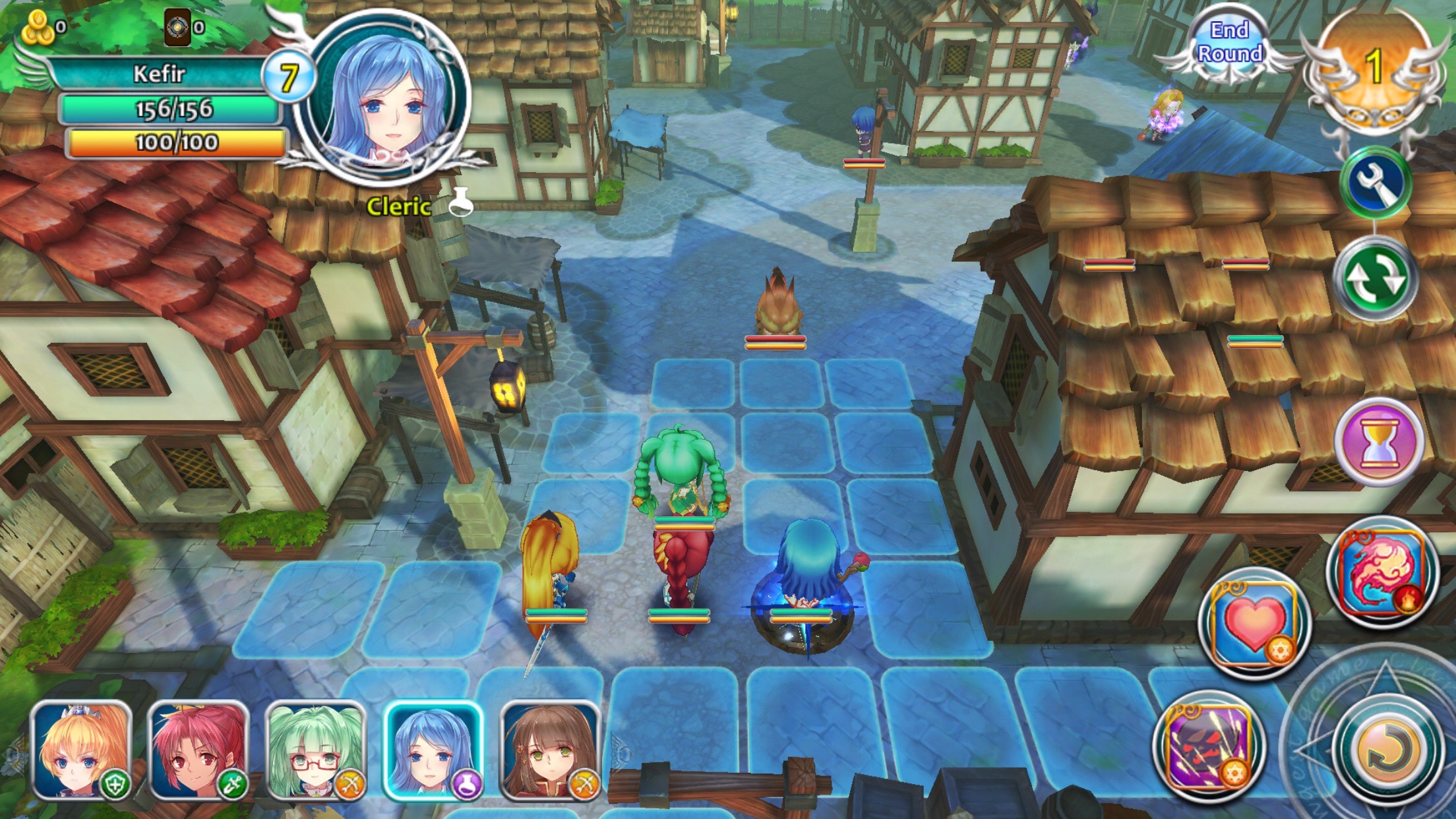 Don’t worry too much that you might have missed out on the story by not playing the earlier ones, though. It’s a pretty standard fantasy RPG tale, is relatively self-contained, and has a somewhat questionable translation on top of all of that. In short, it’s not really worth focusing too hard on the story. You’ve got your usual mix of character types, all the way down to mysterious magical girl who falls from the sky and shy girl with glasses who always gets lost. Their banter can be funny sometimes, if nothing else. Granted, I think that’s only intentional some of the time.

Characters will join your group set as a certain job class. As you play through the game, you’ll be able to advance them in those classes to make them more powerful and earn new abilities. You can also switch them over to another job if you feel like doing that, but it’s not advisable. Unlocking the ultimate rank of each job requires a great deal of dedication as it is, since you’ll have to get a top rank on most missions and flag all the proper events. You don’t really have to do this, though. The game is quite easy if all you want to do is plow through the story. Each map has some additional objectives for those seeking a challenge, and you’ll need to clear those if you want to fully unlock the power of your team. 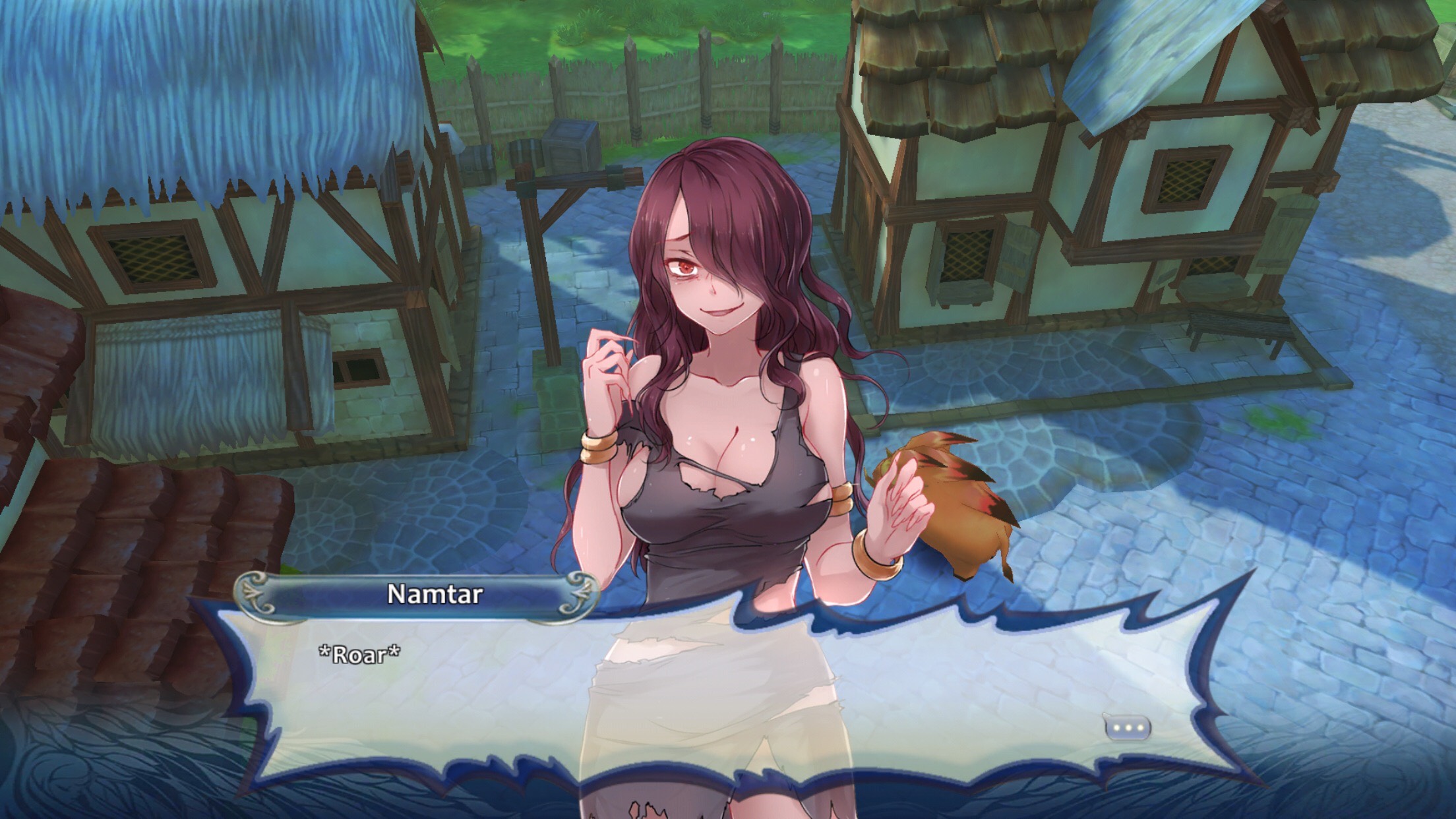 That’s really all there is to the character development. There’s no gear or anything like that to find and equip. The strength of each character is entirely determined by their job and level. Even if a character is forced to retreat from battle due to running out of HP, they’ll receive just as many experience points at the end, so you don’t even have to worry about keeping everyone alive unless that’s one of the mission objectives. The optional objectives will test you, though. The maps aren’t very big most of the time, but that makes achieving certain goals even harder. The game also loves to put chests in places that are hard to reach without wiping out all of the enemies and finishing the map, so you’ll have to learn how to herd the baddies if you want to pick those up.

In battle, it’s the same old thing we’ve seen many times. The maps are divided into grid squares. You and the computer take turns moving your entire squad, with each unit being able to move a certain number of squares and perform one action per turn. Using special abilities requires a certain number of action points. Those points restore with each turn, but between that requirement and the cooldown on certain moves, you won’t be able to spam your best abilities non-stop. The enemies have a good variety of attacks to keep you on your toes. Bunch too many units together and the computer will cackle as it rains down an attack that hits several adjacent squares. Separate your units too much and you’ll find them surrounded. It’s not too hard to cow the opponent around, but carelessness can still run you into trouble, particularly if you’re underleveled. 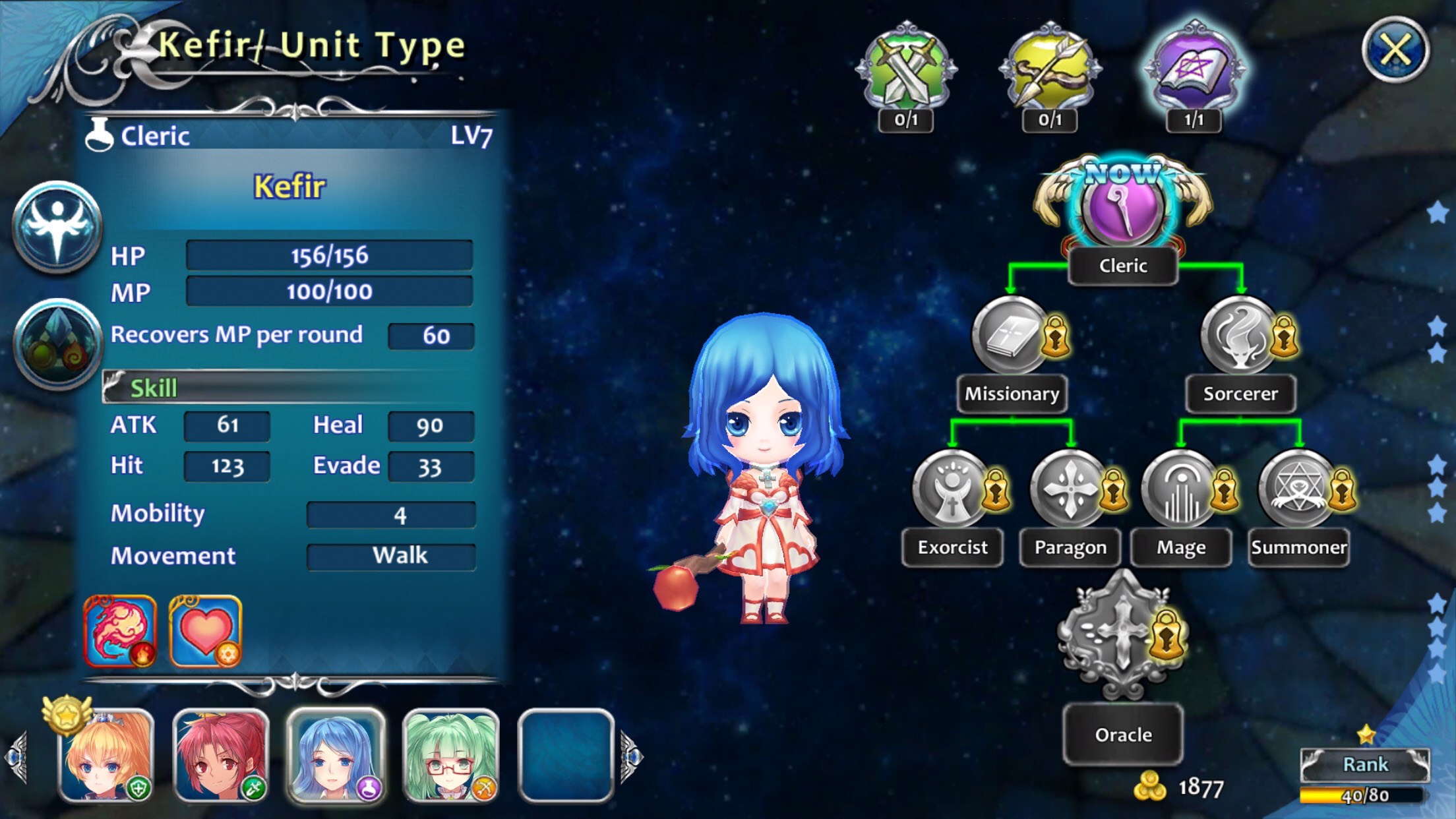 The port from the PC version is a good one. The controls work out pretty well, though they’ve essentially just replaced mouse commands with taps. The game looks quite good and runs smoothly, and I can’t deny there’s a certain charm to the stylized characters and their animations. The first time you see an archer launch an arrow tipped with a suction cup, you can’t help but smile. The big heads allow the characters to show expressions, and though they don’t have the widest range, it’s still pretty amusing. The still artwork used for cut-scenes is good, but it would be nice if there were a little bit more unique art and less of the proverbial talking heads. There’s a lot of voice acting, but it’s all in Chinese, so unless you understand the language, you might not get much out of it. Sadly, that voice acting is probably the reason why the game installs at more than 2 GB. Oh, and fair warning: Empire of Angels 4 sucks battery power a little faster than you might expect it to.

Empire of Angels 4 is a decent enough game, if not terribly exciting. A better localization might have even made this a really good game. It’s quite long, and I’d imagine trying to do everything could easily take a person over 30 hours. The biggest problems it has apart from its blandness is that it’s a bit too easy and seems to be counting on the generic, badly-translated narrative to keep the player’s interest over the long haul. Still, with impressive production values and reasonably solid gameplay, this one might find fans among those who can’t get enough of this genre. I can at least say it’s the first game I’ve played in a while that let me hit someone so hard that their trousers fell off. That’s got to count for something.