Bubble Witch 3 Saga has tried to remedy some of the frustrations of the previous entry by firstly extending the aiming line all the way to the top of the screen, saving you from the tiny little thing that used to be the aiming line in the past. The reason for this change points to one of the overaching design philosophies of Bubble Witch 3; removing frustration and making the game easier to play on the go. For that same reason, the developers have added a new mechanic whose purpose is to do away with the frustration of getting a useless bubble and having to just dump it somewhere on the screen. Now, when you don’t have any use for that red or green bubble at the bottom of your screen, you can toss it into the hat of Nero the cat; for every four bubbles you hand over to Nero, you get a power-up bubble in return. That idea actually works quite well in practice. 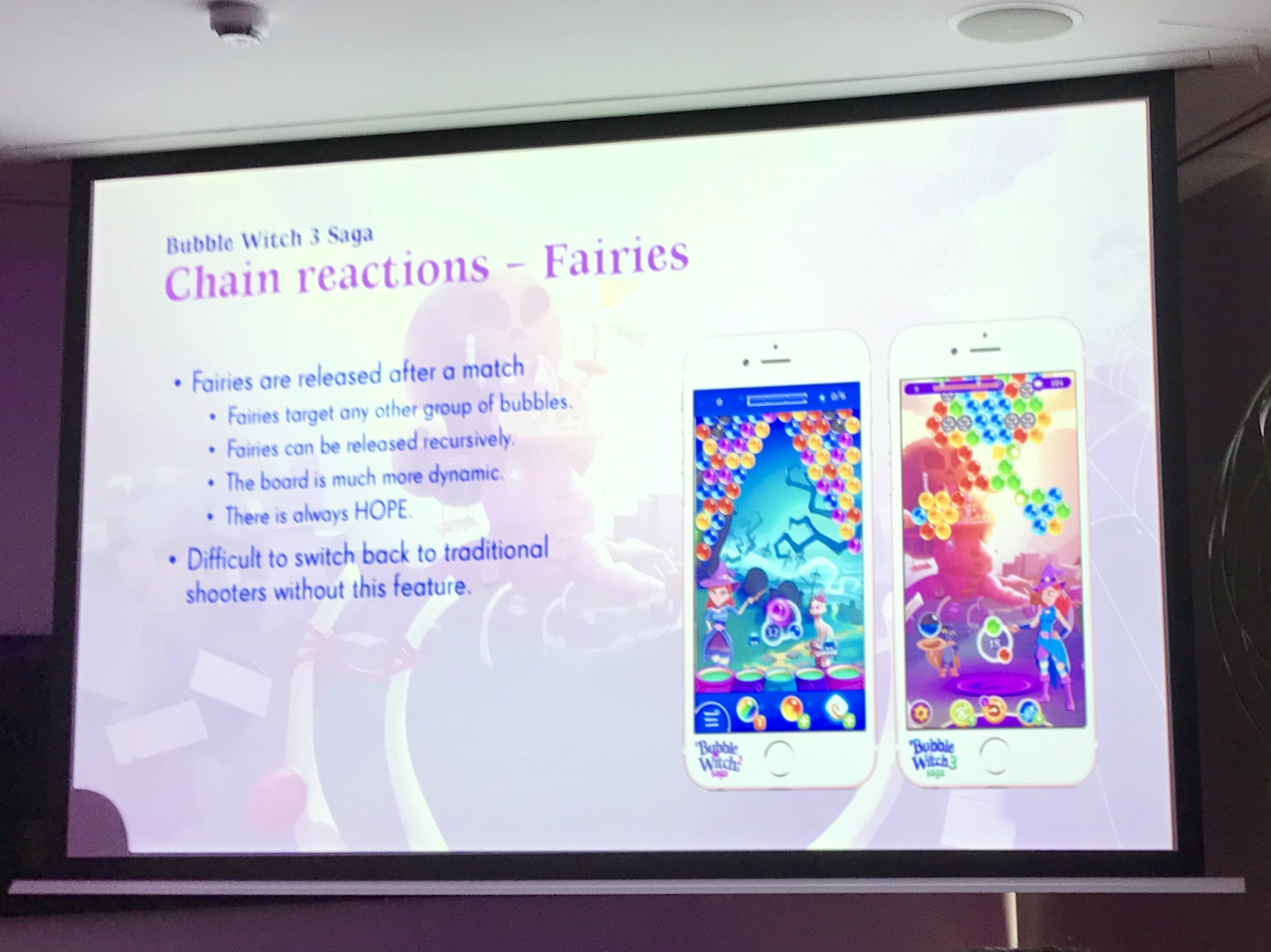 Another major change to the franchise is a shift towards a more dynamic gameplay that moves away from the static feel of the previous two games. This shift comes in the form of chain reactions with Fairies released when you burst bubbles taking out other bubbles. So, even if you think all hope of completing a level is gone, one lucky Fairy release might help you advance. The other move that changes how the game plays and feels is a shift towards matching over just shooting bubbles; you can now take your time trying to get the right matches and solve what often feels like a puzzle rather than just focus on the skill of hitting that one spot with your bubble. 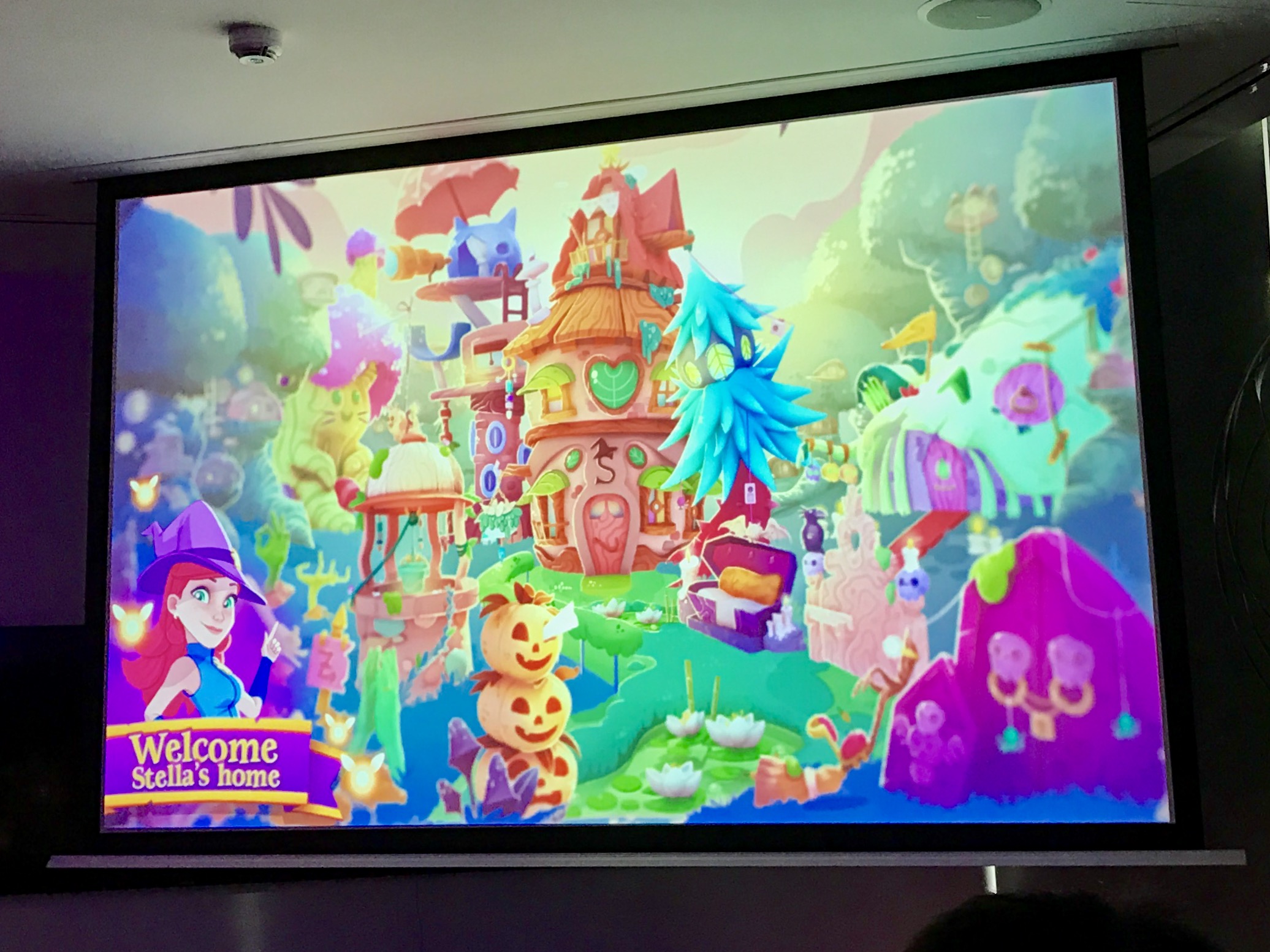 Finally, the other major addition to the game is one that will remind you of Super Mario Run; Stella now has a house, and you get to rebuild it as you go. As you level the house up, you get rewards like unlimited lives, power-ups, and so on. This feature is designed to give players a long-term goal to aim for outside the level-by-level bubble bursting, The house designs have a Disney feel to them, and I think this addition should help make players feel that their time playing the game matters. The game also comes with a couple of fun new modes, one that has you clearing a path for ever-ascending ghosts and one where you take on Wilbur in a boss fight.

Visually, the game is quite colorful and well-designed and an improvement over the previous game, which was pretty good looking in its own right. And the emphasis on cats – with the fat and lazy Wilbur cat being the highlight – definitely doesn’t hurt the game’s overall looks. Bubble Witch 3 is also expanding to other apps in your phone in the form of an iMessage mini game and, of course, stickers. 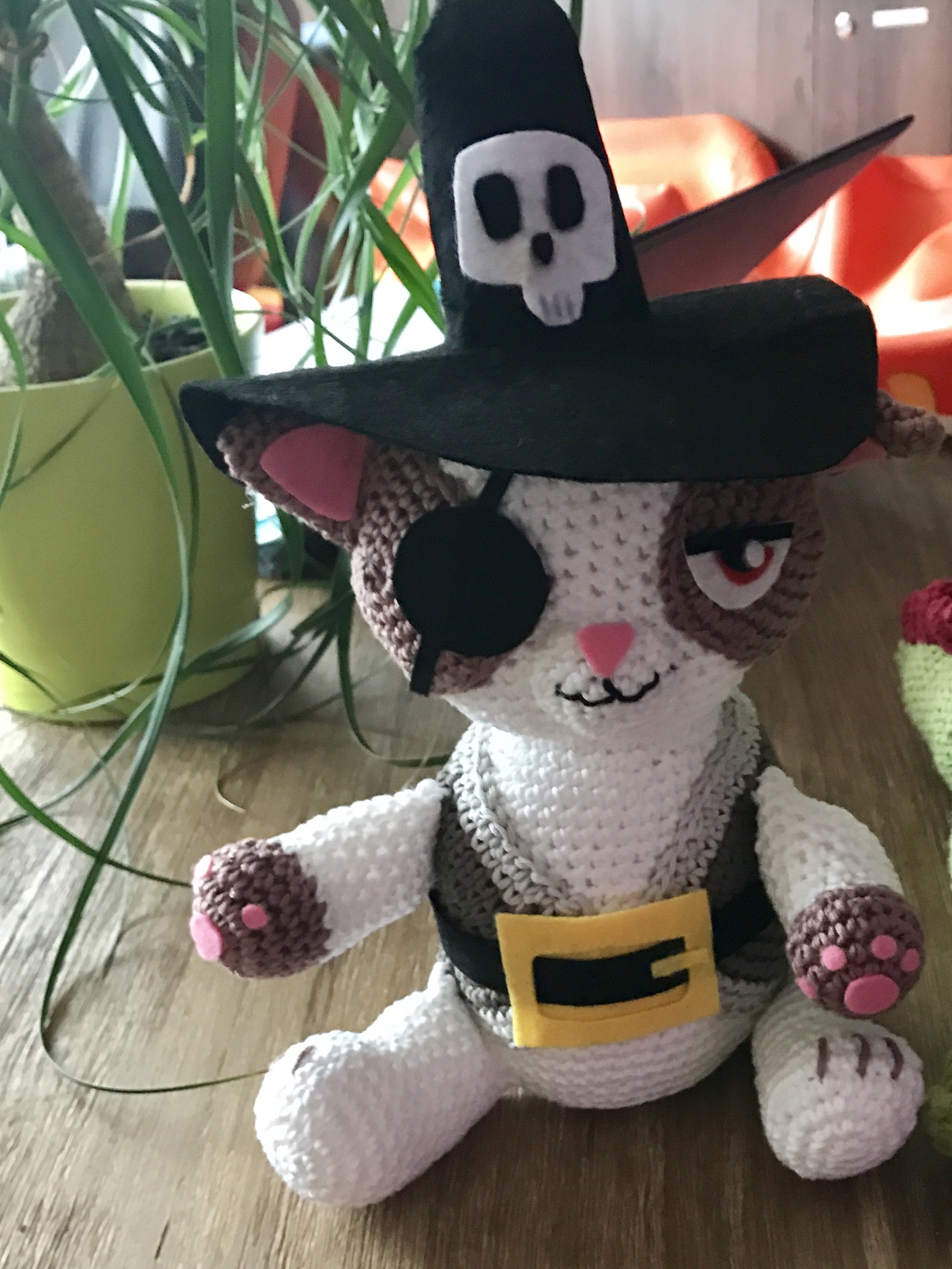 Will these changes help the game move out of the shadow of its big brother, Candy Crush? Hard to tell, although I think the devepers’ move to add more puzzle-y match-3 ideas to the bubble shooter mechanics should help the game feel more like Candy Crush while still offering a different kind of gameplay and challenge. Personally, I see Bubble Witch 3 Saga as a definite improvement over the previous entry. Are you going to start bursting more bubbles?