Dawn of Titans (Free), the latest city-building/army-amassing multiplayer centric freemium title to hit the App Store, enters the fray with a inexhaustible list of competition to distinguish itself from. So far, it seems to be doing at least a decent job with a cool hero mechanic, amazing visuals, and a fairly impressive battle system for the genre. Of course, it’s completely filled to the brim with the usual freemium trimmings, which translates to a lot of timer mechanics along with premium currency to bypass them. However, with the right tips it’s always possible to streamline these games so you can get the most bang for your time.

Mind the Timers Early On

Most freemium multiplayer builders place a great emphasis on nursing timers from the get-go and Dawn of Titans is no exception. If anything I’d go so far as to say that the game places a much heavier emphasis on timer management early on than others. What that means is from the very beginning, players will see that there are a lot of things to build and upgrade, as well as plenty of troops to recruit (especially when taking into consideration the game’s battle system). Since Dawn of Titans only starts players off with one ‘builder’ (i.e. players can only build or upgrade one thing at a time) there’s definitely a lot of back and forth with launching the game to start a new short timer and then logging off because there’s really not much to do. The same goes for the game’s troop recruitment system as players start off with less than a handful of slots to simultaneous train but the need for troops is always strong. 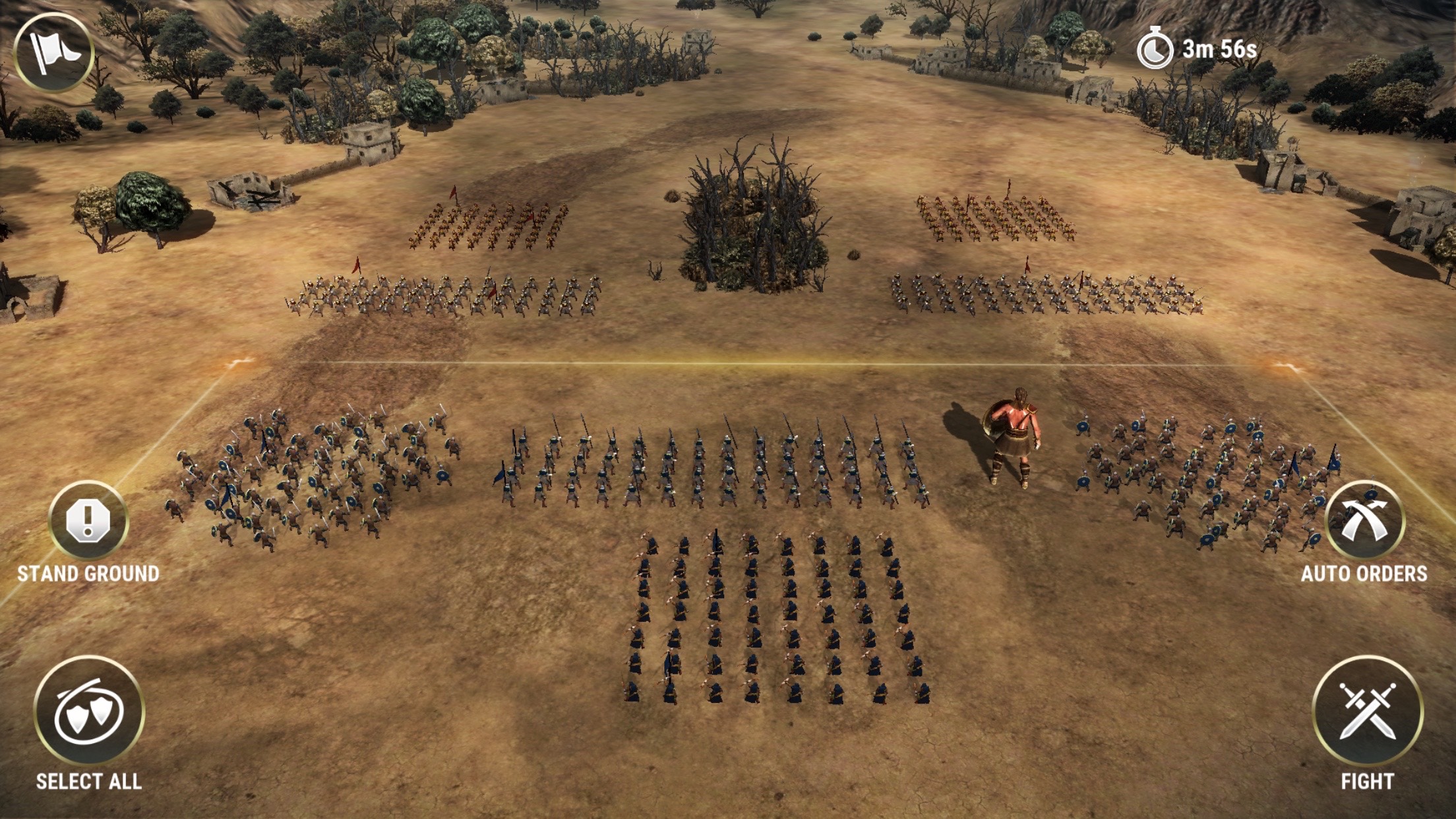 So how does one combat the above? Unfortunately by doing exactly what the game wants you to do, which is log in many times a day to watch the timers, be it starting a new upgrade or a new building or making sure your troop stocks are filled. I can tell you from experience that, like most other similar games, the longer you play the less of a hassle this will be. But for the beginning, be expected to keep logging in because there will be plenty to do (which isn’t necessarily a bad thing for the beginning of a game such as this).

Upgrade All Your Buildings Before Your Castle

This tip is somewhat related to the timer management guidance above. Dawn of Titans employs the standard freemium system of having a centralized building (in this case, the Castle) serve as the general linchpin for measuring overall player progress. As you upgrade your Castle, you unlock new upgrades, troops and buildings to play with. But, it also opens you up to more difficult battles with people that have similar-leveled Castles.

What that means in practice is that before you upgrade your Castle, you want to make sure that you’ve done your due diligence and upgraded all the other buildings to the max prior to taking that proverbial next step. Make sure your farms and gold mines are maxed out, the same goes for the barracks and the armory. As you get to the later Castle levels, make sure that you’ve build all the new buildings that are available to you and upgraded them to the maximum available level. Yes, this means that it’s going to take a little longer to get to the “new toys” that come with a Castle upgrade, but you’ll be better in the long-run because you won’t hit as many walls that are typically encountered with moving up in Castle level. Specifically, you’ll keep your troops in top shape for new challenges that await, you ensure that your production buildings are up to snuff with the corresponding increase in costs for the next Castle upgrade and so on.

Time Your Campaign Battles With Your Resources

So here’s a tip that actually focuses on some of the more strategic aspects of freemium builders of this type. When players start Dawn of Titans there’s a very low threshold of gold and food that can be stored for future purposes. Early on, players earn the ability to build silos and storage units so they can keep more and more on hand. While the production facilities will always keep their gold in storage until your silos empty out, any resources you win in battles will simply be lost if you’re at or near your cap. 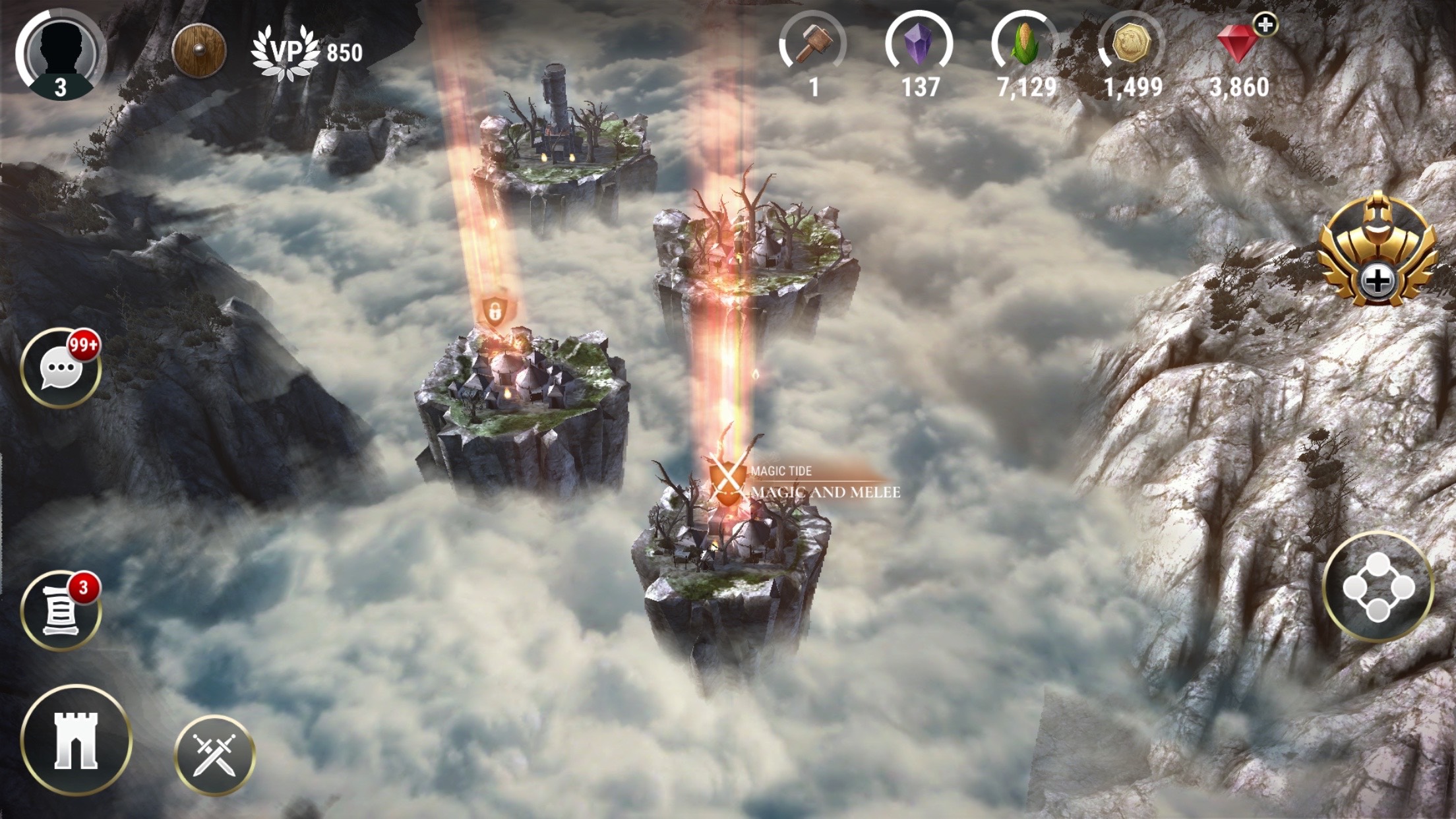 So, when you’re ready to do battle either against other players or in the campaign, keep in mind how many resources you already have stored up. If you’re near your max on a resource, spend it before you take on a battle that will award more. The goal is to minimize any resources that may be lost because you fill up your coffers. What I like to do is do some heavy battling after I’ve made a significant troop upgrade (which costs food) as well as a building upgrade (which costs gold). That way, I’m fairly confident that I can play a few battles and actually take advantage of the rewards.

Unfortunately, min/maxing resources in this game will lead you to an interesting problem: there’s a very good chance you’ll get to a point where your gold and food timers are active and you have full resources already after a few battles. At this point, you can opt to continue battling and lose the resources gained, speed up the timers with premium currency, or just wait. My recommendation is to simply wait, but it’s always an odd when a game basically encourages you to not play it because the resource system isn’t entirely balanced.

Learn to Micromanage Your Armies

One of the things I really enjoy about Dawn of Titans compared to some of the other games is the amount of control you have over your troops in every battle. In fact, the strategic elements are some of the most in-depth that I’ve seen for a freemium title in the genre. Adding to the strategy is the fact that if a troop type you deploy doesn’t get damaged in battle significantly, you can actually reuse in a future battle. This is unlike most other similar games where the troops simply disappear regardless of their health at the end of the battle.

What this means in practice is that it’s entirely possible to use your troops in battle in such a way that you can min/max the possibility of keeping most of them at the end of a battle. Unfortunately, it’s fairly difficult to provide specific advice for battles since they can be surprisingly varied, but there are some common sense tips that can be followed. 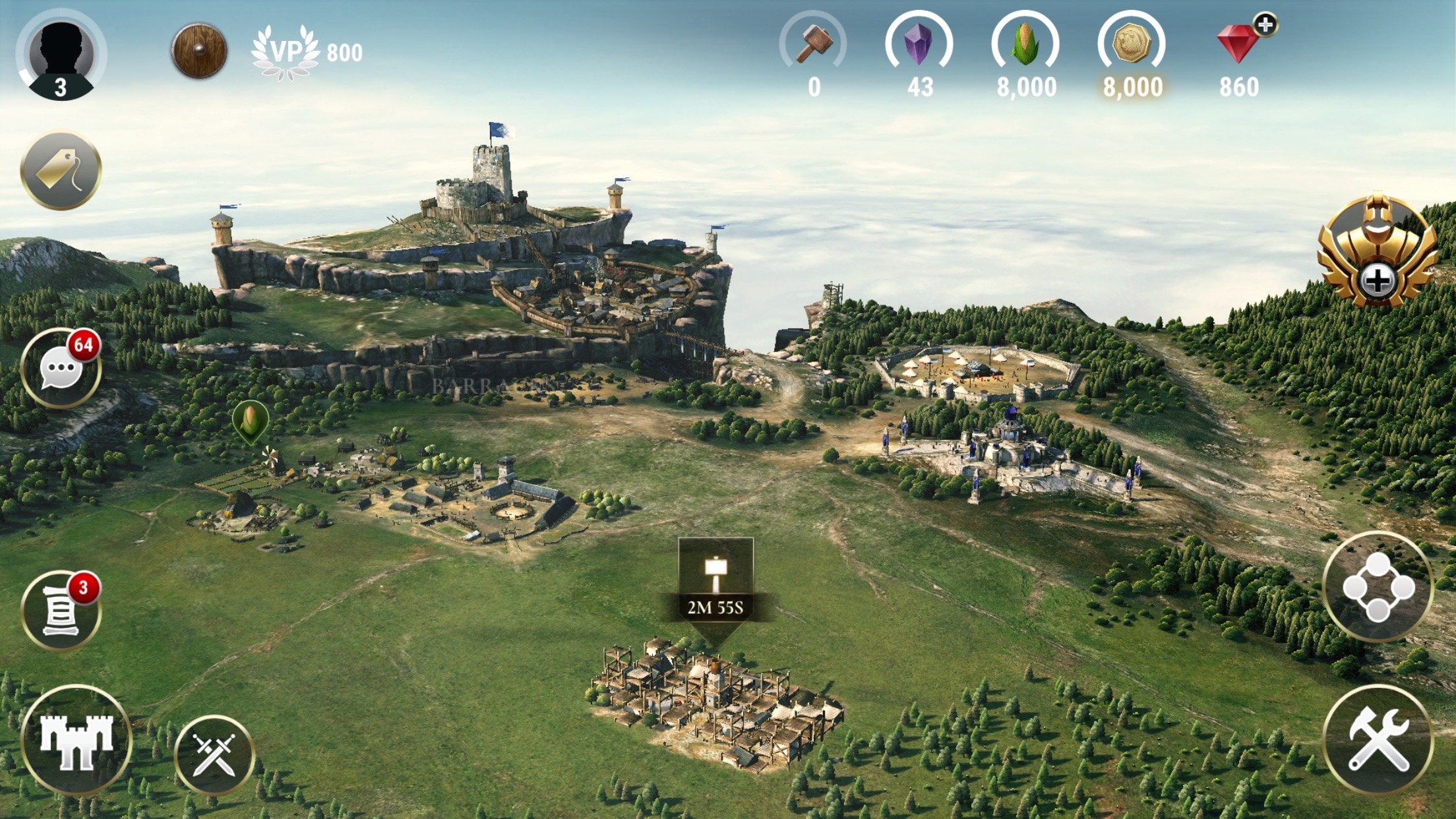 First, use your Titan as much as you can. They have a large amount of health and while they are slow, leading with them can act as a good diversion while the rest of your troops pound. Second, always keep your archers and other ranged units in the back to minimize damage to the troops and increase the likelihood that you’ll be able to reuse them. Third, when dealing with melee units, you’ll want to try and stagger your troops so that the same one goes into the fray first. Sure, they will be destroyed eventually, but hopefully it means that the rest of your troops will be saved. Finally, while it won’t be the best in every situation, take advantage of the auto-plan function which allows the AI to plot your initial troop movements.

During the campaigns, certain battles love to throw new troops at you in the middle of the fights, with some of them even flanking you. When you encounter such battles, react quickly and try and get your ranged units outside of the flanked areas to try and preserve them while simultaneously sending a melee troop in to counter. This will require a certain amount of mastery of the controls, which unfortunately aren’t the smoothest when you’re trying to control individual troop regiments in the middle of a fast paced battle.

Don’t Forget To Use Your Relics

Dawn of Titans will on occasion bestow relic rewards that can be equipped on your Titans. These typically increase standard attributes such as attack or defense. They also have a durability rating, meaning they can only be used in a certain number of battles before they break. Considering the game likes to award relics for campaign completions as well as a daily timer, you may forget to actually equip them on your Titan. Don’t forget to do so because the attribute bumps are useful in battle.

Despite the fact that it’s mired in the usual freemium wrapping, Dawn of Titans is a pretty cool take on the genre, and hopefully the above tips make your battles and building a little more efficient. Got any more advice? Feel free to leave it in the comments.