Welcome one and all to another Touchstone Tavern, our weekly column on everything and anything Hearthstone (Free). I hope you’ve been enjoying your holidays and your rest – if you’ve been lucky enough to have some of that. And, of course, I hope you’ve had the opportunity to play Hearthstone more than usual; if you have, then you’ve probably seen plenty of Pirate Warriors and, increasingly, our old friend, Mr. Midrange Shaman. As you can imagine, this past week (and a bit) hasn’t been the most eventful in the world of Hearthstone, but there’s still news to talk about and plenty of videos to watch. Without further ado, let’s jump in then, shall we?

The Making of Mean Streets of Gadgetzan

If you want to learn more about the design process that brought us Gadgetzan, take a look at this story where designer Matt Place and art director Ben Thompson talk about the origins of this very entertaining expansion. They talk about how early in development the team had a very different concept better described as “cops and robbers." As the expansion evolved, it became all about the robbers side. The ideas for Jade Lotus came pretty early in development, with the Kabal coming later.

In terms of mechanics, originally there were cost reductions to the three crime faction Legendaries, which would urge you to use cards from one family more. While thematically the idea was fun, they found it limited design space, so they shifted away. Instead, they made the Legendaries cheaper so they would see more play. The story goes on to provide all kinds of details on how Jade Golems came about, the hand-buff mechanic, and much more, and it’s definitely worth a read.

Misplays Rarely Punished in the Game

The writer of this story claims that unfortunately for the game, misplays are rarely punished, especially at higher levels. He believes that because of how static Hearthstone is – so dependent on minion-based combat – misplays are too easy to recover from. When a player misplays – or plays suboptimally – he usually still has a sufficiently-strong board position, which means for an opponent to take full advantage of a misplay, she needs to be able to clear the board and heal. Unfortunately,  there aren’t many cards in the game that can do that. With healing and board clears uncommon, players can’t really take advantage of misplays if the opponent has a strong board position at the time.

The only times when misplays are punished are during very close games, but those cases aren’t that common. The writer believes part of the problem is the lack of cards that punish these kinds of misplays. We used to have Molten Giant, but the card has been nerfed. Apparently, the seed for this story was the writer watching Seatstory Cup and seeing plenty of misplays that kept going unpunished and also seeing players who didn’t make any misplays actually losing to ones who did.

Pirate Warrior Decks Have Been Great for the Game

People love hating on Patches the Pirate and Pirate Warrior, but the writer of this story claims the deck has actually been great for the game. After describing how the deck plays, the writer explains that Pirate Warrior was a welcome development because it re-oriented the middle part of Ranked play away from late-game combos and towards a war of attrition where the outcome is a sum of small plays rather than one huge match-defining move. It hasn’t ruined the game; it just gave us another side of it. What do you think? Do you agree that the deck is actually helping the game, or do you hate Pirate Warrior with an undying passion?

The Direction of RNG

The seed for this story was Firebat’s video on how Gadgetzan introduces a lot of RNG to the game. Firebat believes this is the most RNG-reliant expansion in the history of the game, and while the writer of this story disagrees with that statement, he does believe there are plenty of issues that need to be addressed. He first talks about how RNG in Hearthstone has changed in recent expansions and adventures, moving from cards like Yogg-Saron – which just messed up everything randomly – to more controlled RNG in recent expansions, like the Discover mechanics, and the nerfing of some of the offending cards.

In Gadgetzan, Blizzard has indeed less randomness in specific cards, but as Firebat points out, the card synergies they have enabled introduced even more randomness than before, and not the fun, controllable kind. There’s Mr. Patches and Small-Time Buccaneer for instance, or the Dragon decks where if you have a dragon, you have amazing synergies, and if you don’t, well, tough luck. The randomness has shifted from card RNG to draw RNG, which is even less controllable. Add to that the short games of the current meta – where you only get to see half your deck at best – and the draw issue becomes even more acute. This is an interesting look at the current state of RNG, and I wonder if it will be improved once (if) the meta slows down after Patches is made to walk the plank.

These two articles on HearthHead are all about the best cards of 2016 per class. The first story is about Hunter, Paladin and Warrior, with cards like Kindly Grandmother, Cloaked Huntress, and Call of the Wild making an appearance for Hunter, Forbidden Healing, Ivory Knight, and Ragnaros Lightlord for Paladin, and Ravaging Ghoul, Bloodhoof Brave, and Ancient Shieldbearer for Warrior. Mage has Cult Sorcerer, Faceless Summoner, and Firelands Portal, Priest has Drakonid Operative, Priest of the Feast, and Dragonfire Potion, and Warlock has Malchezaar’s Imp, Darkshire Councilman, and Abyssal Enforcer. The articles describe the reasons behind those picks, so you should go check them out.

Tournaments that eschew the usual rules are always great fun to watch, and the upcoming ESL Trinity Series is one of those. The series begins next month and will span over 7 weeks with the final in March 2017. So far, Tempo Storm, Virtus Pro, and compLexity Gaming are the only three participants we know about. During the series, the team members can openly communicate with each other during the matches, and viewers will be able to hear a lot of the team’s discussions, which should make for some fun moments. The series will have a best-of-11 format with teams submitting 9 decks. The prize is $150,000, which isn’t bad at all. Fun times head!

Blizzard is trying to get more casters for its tournaments, so get ready to apply if you feel you have what it takes. To be chosen for this job, you need to be well-spoken, entertaining, know the game inside out, and be able to comment about it on the fly. If you think you’ve got what it takes, you can apply here, and in order to do so, you have to “fake-cast" a match. This sample match is game five of a best-of-five series between Iksar and Puffing at the 2017 World Championship, with the winner advancing to the Grand Finals. Fun idea, and I’m hoping we see many spoof casting on YouTube soon. 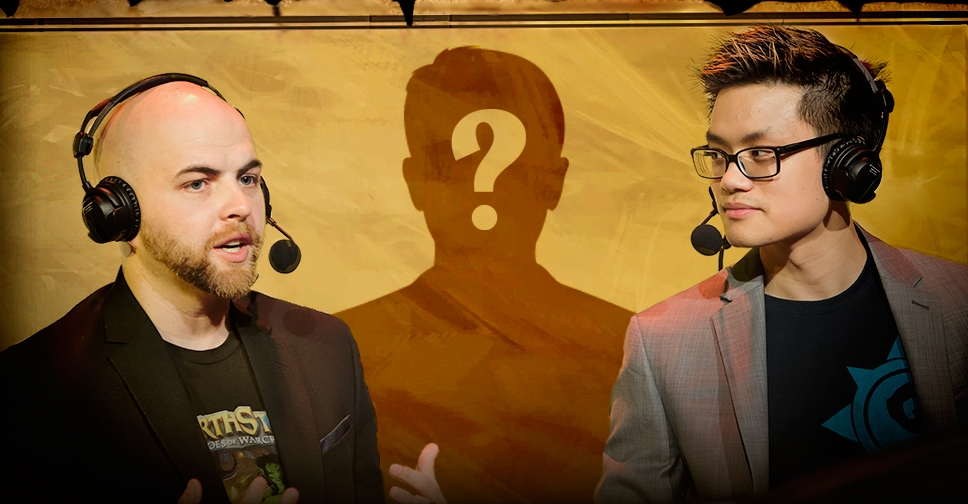 According to Tempo Storm’s Meta report, the post-Gadgetzan meta is starting to set, and we are seeing more refinement of Tier 1 and 2 decks rather than the development of new archetypes. Mid-Range has once again rose to Tier 1, which I’m sure has made many players quite unhappy. Mid-Range Shaman plays well against aggro while still able to beat control decks, and its good tech options give players plenty of options on the ladder.

Reno Mage is climbing into the upper tiers because it’s a strong answer to Shaman and Rogue, but Druid is sliding all the way down because it has poor matchups against most of the popular decks, which marks the first time Druid has been so bad. Finally, Hunter and Paladin are still barely Tier 4 classes, which is sad because I wanted to get my Murloc Paladin out. Most players didn’t expect Druid to be doing so badly, although I did see some pros foreseeing how Jade Golems wouldn’t stand much of a chance if the meta swung the aggro way. Are you happy with the current state of the meta?