It’s impossible to talk about Crashlands ($6.99) without first talking about how it came to be. Last year you may have read the remarkable story of Sam Coster, one of the three brothers who founded developer Butterscotch Shenanigans, and how he fought off cancer–twice!–by the time he hit his mid-twenties. When Sam was diagnosed in 2013, Bscotch had already released a few mobile games from their fledgling studio, and two of them, Towelfight 2: The Monocle of Destiny (Free) and Quadropus Rampage (Free), were reasonably successful. They were in the midst of creating their next game, an endless runner called Extreme Slothcycling, when Sam received an official diagnosis of Non-Hodgkins Lymphoma and knew he’d have one hell of a fight on his hands if he wanted to survive. Faced with his own mortality, Sam decided that a silly endless runner (even if it DID star sloths on motorcycles) wasn’t the type of game he’d want to leave as his final legacy should the cancer win. Sam turned to his brother Seth during a design meeting and said, “I don’t want Slothcycling to be the last game I make before I die." 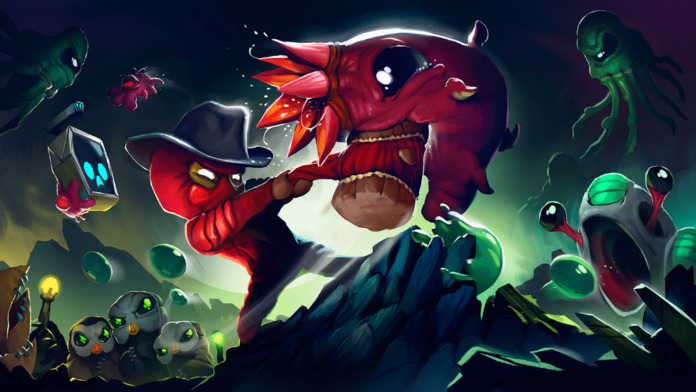 Sam told Seth about the game that he had dreamt about making, a game that might not be the smartest idea in terms of making money but one that would be meaningful and provide Sam with an escape while dealing with cancer treatment. That game was Crashlands, and it was an extremely ambitious goal for a team of two–three when third brother Adam joined in–to make. Heck, it would be an ambitious game for a team of a hundred, but Crashlands was the project that the Coster brothers decided to pursue. Well, fast-forward a couple of years later and Sam was able to overcome cancer two different times and the Bscotch boys successfully launched Crashlands in January of this year. Maybe I should have prefaced that with a spoiler alert?

Anyway, all this heartwarming backstory has a purpose, and it’s a large part of why Crashlands is our Game of the Year. Bscotch set out to make a grand open-world filled with adventures waiting to happen, and that’s exactly what they did. When Crashlands finally launched, I spend hours just roaming the land, exploring, finding cool things to distract me from that mission I was supposed to do. The creatures that inhabit the game’s world were all so interesting and full of personality, as was the characters and dialogue that made up the game’s main storyline and many side missions. This really was this special little world that you could escape to, just as Sam had envisioned. 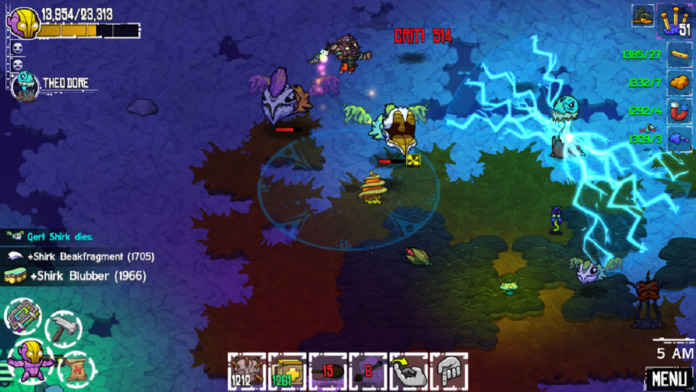 I have to admit I’d never gotten the type of feeling I got playing Crashlands with a mobile game before. The first time I had truly gotten lost in a game was with Smuggler’s Run way back at the launch of the Playstation 2. I’d get lost for hours just driving around and finding crazy jumps or interesting bits of scenery, ignoring whatever missions I was supposed to be doing. Not long after that Grand Theft Auto 3 took that feeling to the next level with a fully-realized and impressively detailed city that I could run around in and cause whatever havoc I desired. It was an amazing feeling. That a mobile game could give me that same type of joy, that same feeling of expansiveness and exploration that those other games had, all in a tiny package I could slip into my pocket, is simply remarkable.

Bolstering the open-world fun of Crashlands is an entertaining story to progress though, interesting characters and enemies, satisfying battle mechanics, an ingeniously streamlined crafting and inventory system, and equally streamlined building system, and what feels like an endless supply of cool things to see and do. It’s exactly how a grand open-world action RPG should be designed for a mobile device, and for some reason it’s taken the better part of a decade for someone to do it just right. Mobile games are usually at their best when they’re stealing the brief moments of downtime throughout our busy days, and it’s not often that it feels like you can truly escape and be totally absorbed into a game on your mobile device. Impressively, Crashlands offers that type of absorption but also manages to be a game you can easily pick up for a few moments at a time if you wish, meaning there’s never a bad time to go on an adventure.

The most important takeaway of the whole Crashlands story is that… well, Sam is alive! He beat cancer, TWICE, and our world is a richer place for having the trio of Coster brothers intact. Nothing can trump that. However, as a very nice side benefit to that is the fact that now we all have this amazing game that we can escape into whenever and wherever we want. Whether it’s through good times or bad, through difficult points in our life or simply during our moments of leisure, Crashlands is there for us as it was there for Sam. If the story behind Crashlands wasn’t known and this was simply a game that came out of nowhere from that quirky developer Butterscotch Shenanigans, it would still have been our Game of the Year pick. It’s just that damn good. That we know all that backstory and that the Coster brothers were able to so completely realize their huge vision only adds even more to what we feel was the pinnacle of mobile game releases of 2016.