I’ve been a FIFA player for a long time both on console and mobile, but the recent iterations of the franchise have left me indifferent to put it mildly. The FIFA games continue to be very popular but with a different audience than the one I’m part of. In other words, if you liked FIFA 14 – with the various modes and an optional Ultimate Team mode – then you probably don’t like the latest FIFA. Konami has now decided to offer some competition to EA’s juggernaut by developing PES 2017 for mobile in the hope of reigning supreme on the App Store. The game is currently soft-launched in Australia, and I haven’t had a chance to play it yet. 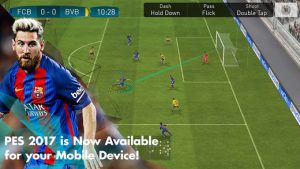 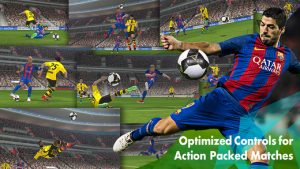 According to our forum thread, the game lets you build your team through scouting, agents, and auctions, and then play against others in real-time PvP. Apparently the game doesn’t have touch controls but only swipe ones, and they aren’t the best either. Of course this is still a soft launch, so it might be an early build. Hopefully we’ll get a good football game at the end of it.