It’s been a long time coming, but the folks at Super Evil Megacorp have finally launched Version 2.0 of their mobile MOBA, Vainglory (Free). While each update up until this point has typically included some welcome additions and a host of new characters, this update looks to be the biggest one yet. For starters, some significant changes have been made to the game’s guild structure. Now, players can easily find and join new guilds, which is a welcome change. In addition, guild rewards will be doled out throughout a season instead of at the end. Players can also now earn guild rep in solo matches. Finally, guild admin tools are finally here so leaders can transfer ownership, officers can be named with privileges and so on.

Vainglory 2.0 has also significantly revamped its hero classification system. Now, all heroes are classifies as either Captains, Carries or Junglers complete with detailed descriptions for newcomers. For the veterans, hero info sheets have been updated with detailed stats. 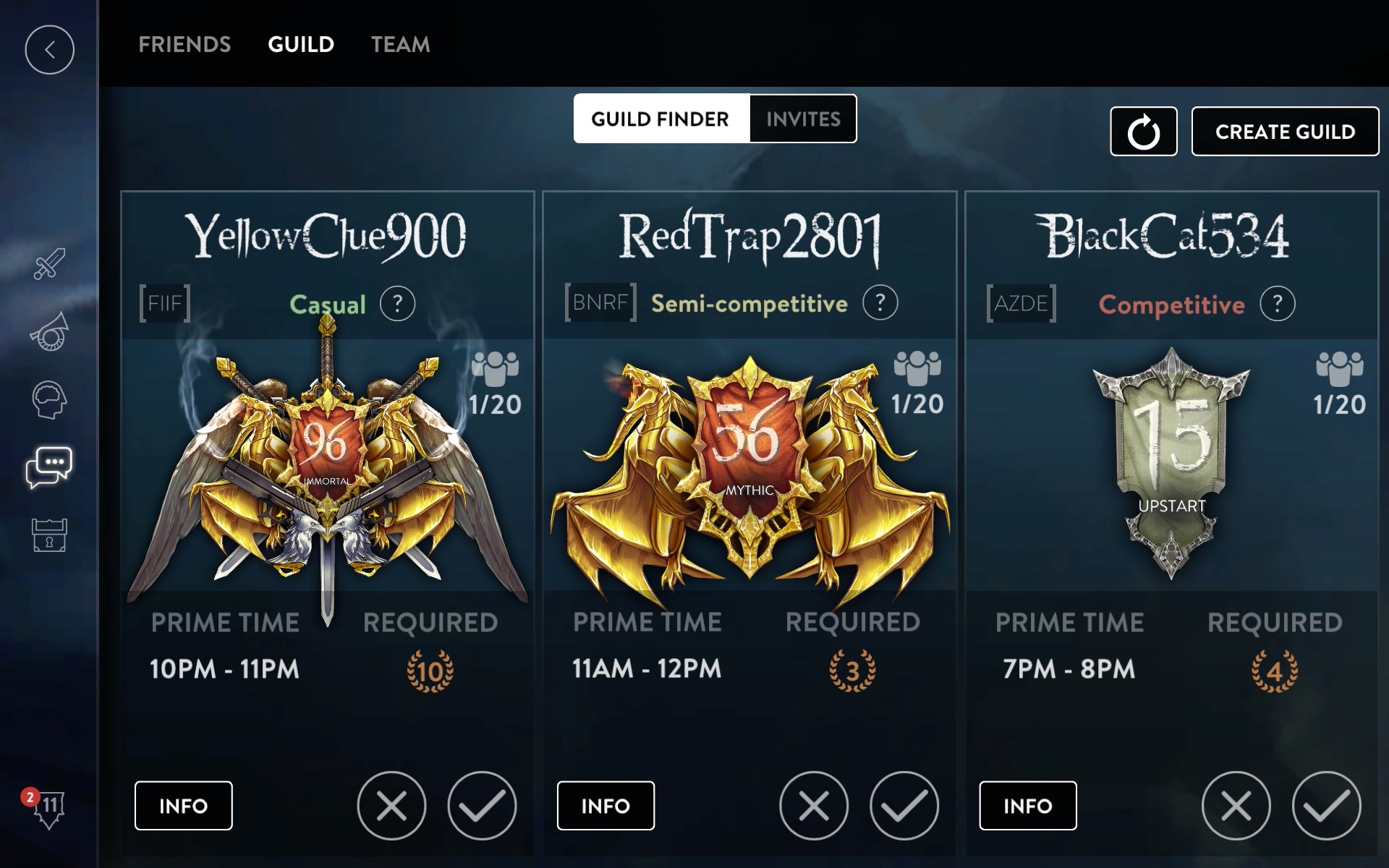 The game’s chest system has also been revamped with a new ‘Mystery Chest’ that has the chance to reward players with any hero or skin currently available. This is most likely a response to the fact that skins typically take a long time to earn in-game and are very expensive with premium currency. Now, there’s at least a little bit more of a chance that casual players can earn something cool.

Finally, Vainglory 2.0 sees the launch of the assassin Idris. An interesting hybrid, Idriss can be either a melee or ranged attacker depending on whether the player uses Weapon or Crystal power to strengthen him. His active abilities include an enhanced attack with a barrier, a ranged attack and a mobile AoE.

Based on what I’ve seen version 2.0 is shaping up to be an incredibly player friendly update with great UI improvements and loads of content as well as the usual balance changes. Meanwhile, the full update notes can be found here. Folks interested in seeing what 2.0 has to offer can check it out when the game comes out of server maintenance later today.