The point-and-click adventure game genre has seen quite the resurgence. Once seen as incredibly niche, a growing gaming audience has helped provide a market for many future games, many from those who enjoyed the genre back in the day. Kathy Rain ($2.99) deliberately pays homage to the 90’s era not only by taking place in the decade of grunge, but through a low-resolution aesthetic that tries to make the game feel like it came from that original era. And thanks to a compelling story, this is a great way to spend a few hours solving a dark mystery. 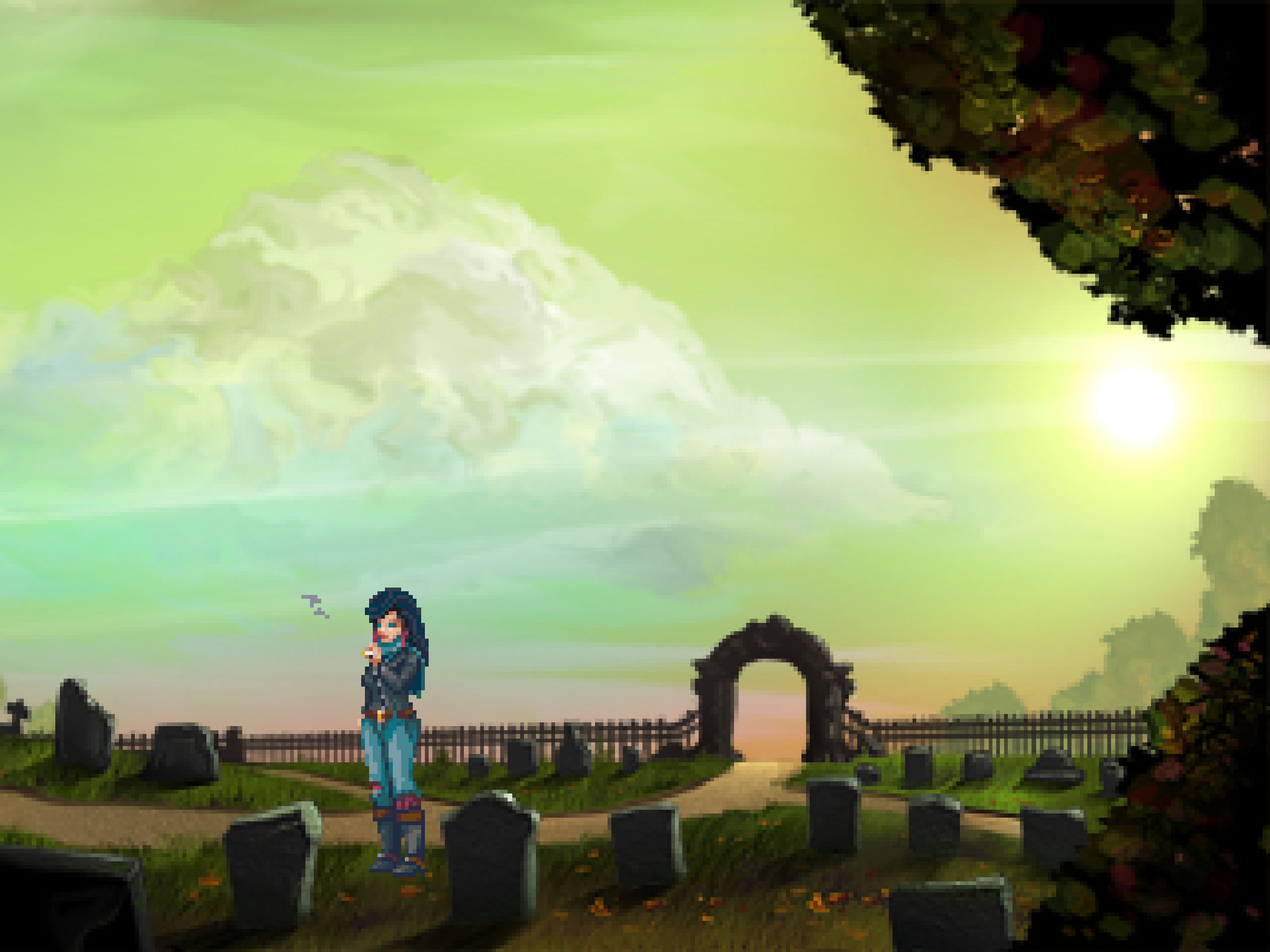 Kathy Rain has you playing as the motorcycle-riding, chain-smoking, wise-cracking Kathy Rain. She’s a journalism student at college who returns to Conwell Springs for her grandfather’s funeral. He died under mysterious circumstances, having spent over a decade in a vegetative state after a mysterious incident when Kathy was just a child. Kathy is unnerved by this, and returning to Conwell Springs serves as the impetus for her to explore what happened to her father. Things soon turn weird, as the suicide of a young artist with strange paintings plays a role, as does the creepy church in town.

Visually, Kathy Rain is meant to evoke the adventure games of the 1990s with its low-resolution pixel art and 4:3 aspect ratio. The game looks great, I just wish that there was the option to play it in a pixel-perfect scaling method, rather than what is offered right now where it sclaes to full-screen. See, the game runs at 320×240 resolution, so the game will appear a bit blurry on any iPad. Any iOS device will appear a bit blurry due to their resolutions, so I would love to see an option to set the game to pixel-perfect scaling, to get the crispness of the art. You can especially see it in the character portraits, they’re most affected by the scaling used here. 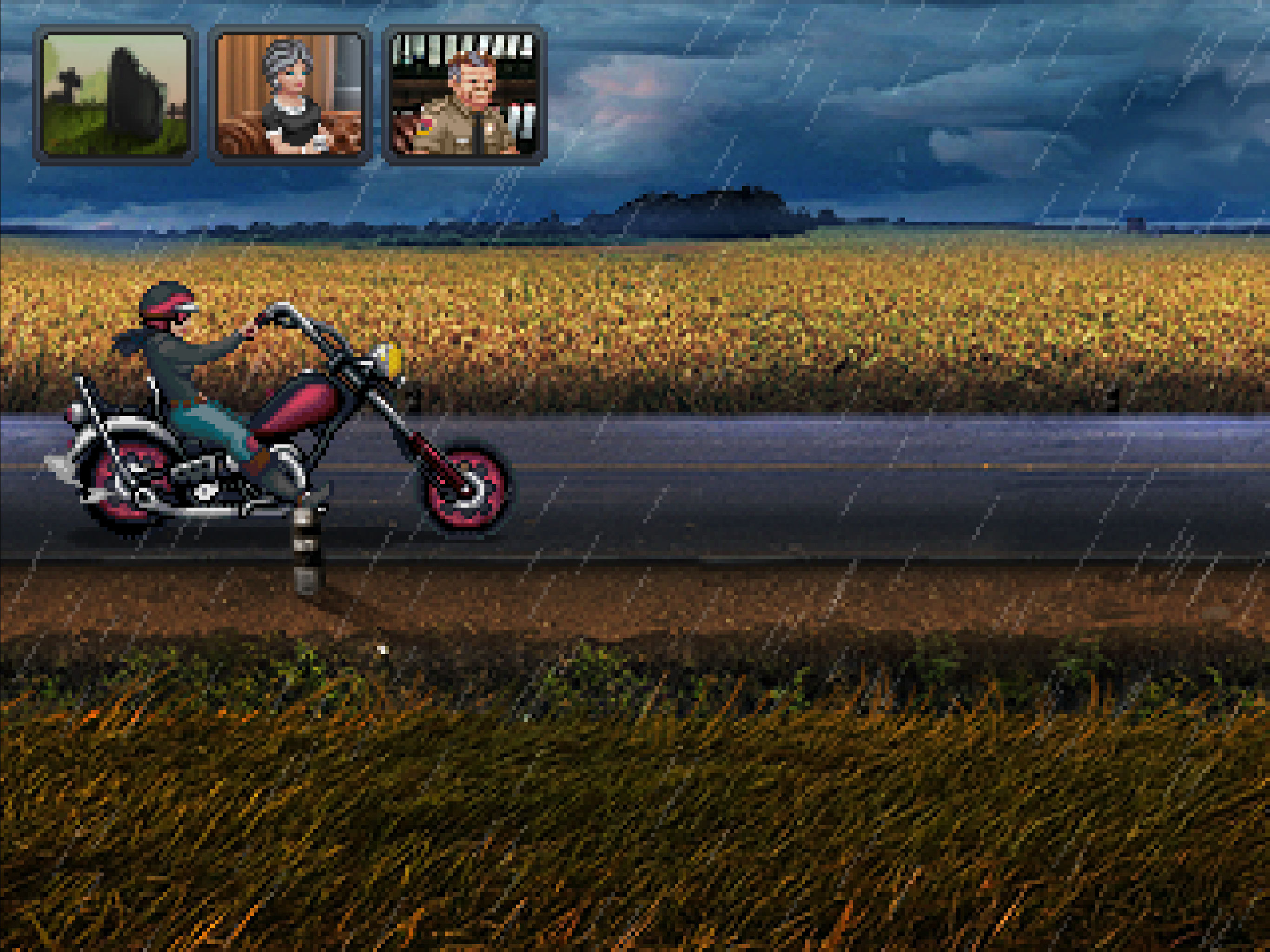 Kathy Rain is a retro-styled point-and-click adventure, but it does come from the design school of “no fail states" so pretty much any puzzle is just a matter of you putting your wits toward solving it. Kathy will provide hints through her comments, and none of the puzzles are particularly obscure to sort out. Some locations wind up being blocked off after you’ve unlocked them, which actually helps because you don’t have to worry too much about digging out arcane solutions. You’ll have to sort out how the puzzles work, and put together a few item combinations, but nothing too dense. It strikes a good balance between testing the player and not getting them stuck in a rough place with no hope for progression.

Storytelling and writing are a real strength for Kathy Rain. Every single line of dialogue is voice acted. It’s spectacular work, and it puts other games to shame. Not a single throwaway line is left unspoken here. Kathy’s voice actor in particular deserves particular note for being able to play the wide range of the protagonist. She’s a convincing smartass when she needs to be, and plays her vulnerabilities well, too. Dave Gilbert of Wadjet Eye Games deserves a lot of credit for his work in directing the voice acting, because it adds so much to the game. Wear headphones or plug in your speakers while playing. The music does a great job at setting the atmosphere as well. 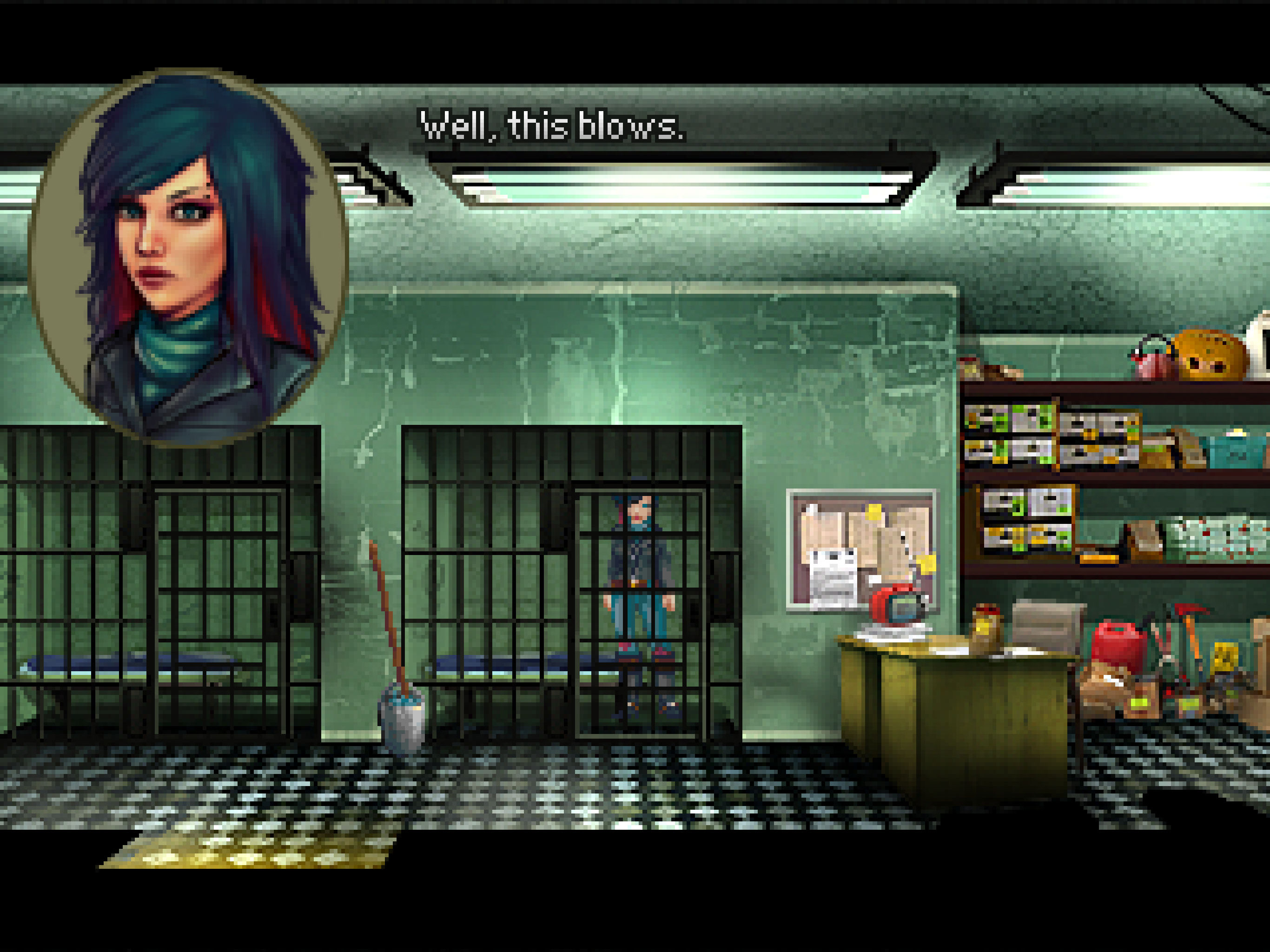 And that atmosphere has to vary from being light-hearted at times to incredibly dark. Kathy dealing with her nosy roommate, and the movie parodies described by a particular bum are funny moments. But Kathy Rain also deals with some heavy subject matter at times, as Kathy is heavily implied as having had a rough childhood to get to where she is now. And the suicide of a young woman, along with how it affected her family, plays a major role as well. And the story does wind up involving her facing down some personal demons. The game does an incredible job at balancing out its occult fantasy themes with the grounded emotional content. It can be genuinely unnerving when it needs to be.

While I love the story for the most part, Kathy Rain‘s ending – and I’m not going to drop any specific spoilers here – doesn’t quite stick the landing. It deals with, and brings seeming closure to, several major elements, but it leaves a few key dangling threads unresolved. Admittedly, the game’s subtitle is “A Detective is Born" which pretty much implies that more games are coming. The buildup to the last section of the game, day 5, is fantastic – but it could have been more satisfactory. I will say that I am in for more Kathy Rain after playing this first one. It just feels a bit anticlimactic. This can be a problem with adventure games that have no fail state: the run-up to the ending just feels like an inevitability if not done well enough. And the game in particular ends on one minor puzzle that I wonder if it would have had a greater dramatic impact if the game just showed it happening. And there are a few unanswered questions as to what happened to some characters that I don’t know if a followup would answer as the story feels like it’s moving toward something different but still connected to the events of this game. I hope a second chapter hits someday.

Kathy Rain is quite the fascinating romp through the point-and-click adventure genre. It won’t particularly challenge you, by design, but the story, theme, and performances are all quite splendid. This is quite the compelling game, and knowing that there’s the Wadjet Eye connection makes me want to finally dive into the Blackwell series at some point just to get more of this style of game, because I need more Kathy Rain someday.