I usually try to stay on top of the various RPGs that come out from week to week, but every once in a while, something good slips past. Fortunately, the TouchArcade forums are pretty reliable about finding the things we happen to miss, and that’s just how I came across Exiled Kingdoms (Free), a surprisingly excellent action-RPG in the vein of Diablo. While it’s not the prettiest game around, it offers dozens of hours of killing monsters, looting dungeons, and gathering awesome gear. Just in case you need some convincing, the game even offers a substantial portion to play for free, with the rest unlocking for a one-time IAP. 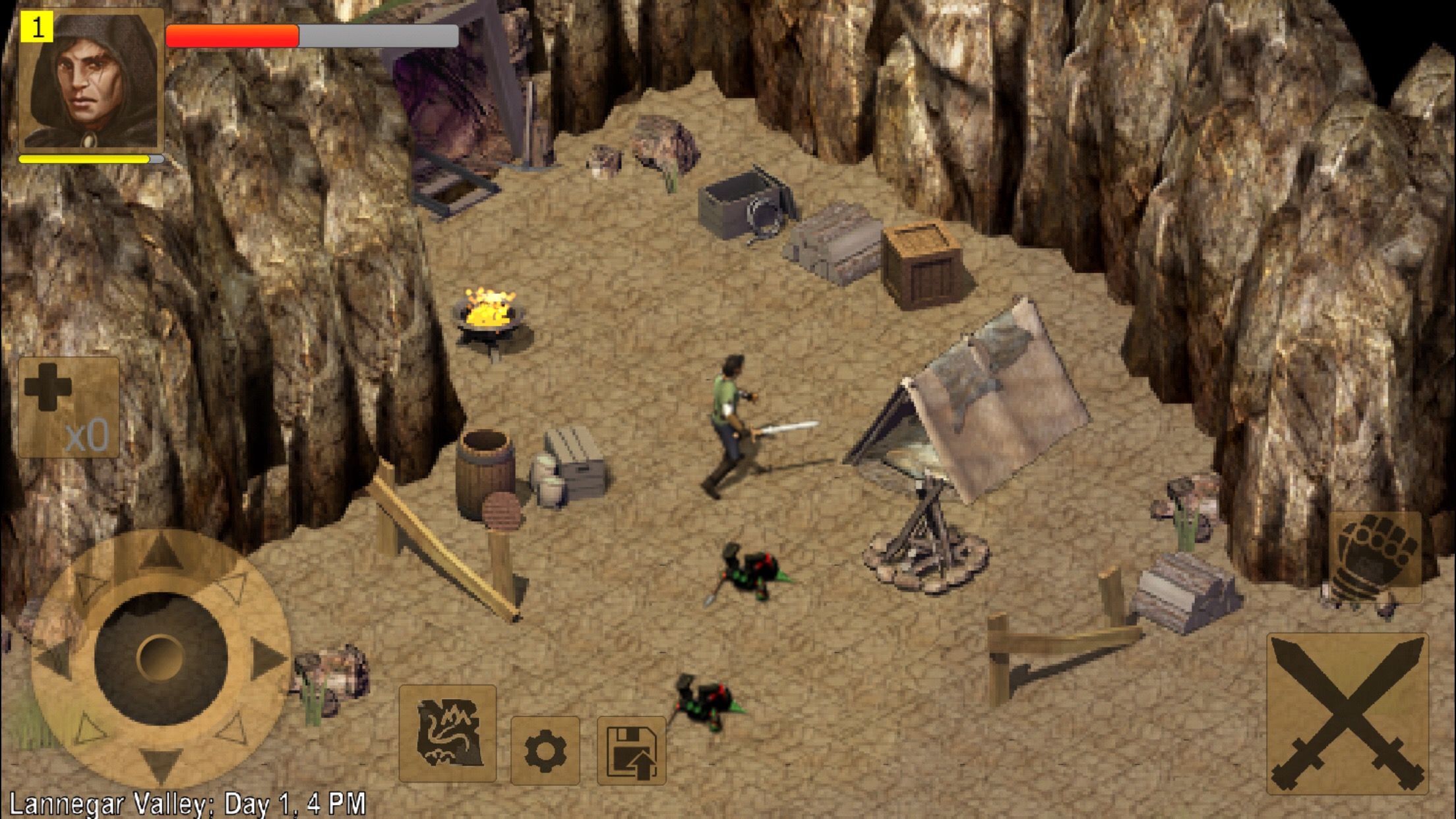 The game’s setting is a harsh one, but your character has come into a bit of luck. A letter of inheritance has arrived, entitling you to riches if you bring it to a designated location. You set off with all your gear and gold in tow, but some unexpected surprises leave you in the position of having to pick up quests and help out people across the land, mostly by killing monsters, fetching items, or both. Well, there are worse fates. Right off the hop you get to make some choices about what kind of character you want to play. You can choose between a male and female character, select one of three different job classes, pour a few points into the stats and skills of your choice, and pick a portrait to represent you.

Depending on your job and available skills, you’ll have access to a variety of options in combat. Warriors get a nice selection of weapon skills, rogues can lay traps and pull off other sneaky moves, and clerics can use magic. Most battles will be resolved simply by bashing the enemy into a pulp, though. It’s all relatively easy to control, with a virtual pad for movement and virtual buttons for your attacks and skills. You can simply hold down the attack button to keep on swinging, and your character has a bit of common sense about what direction to aim in, so it’s a pretty simple matter to beat up on any monsters that are weaker than you. The strong ones require some strategy, however. As do groups, which can overwhelm you pretty quickly. 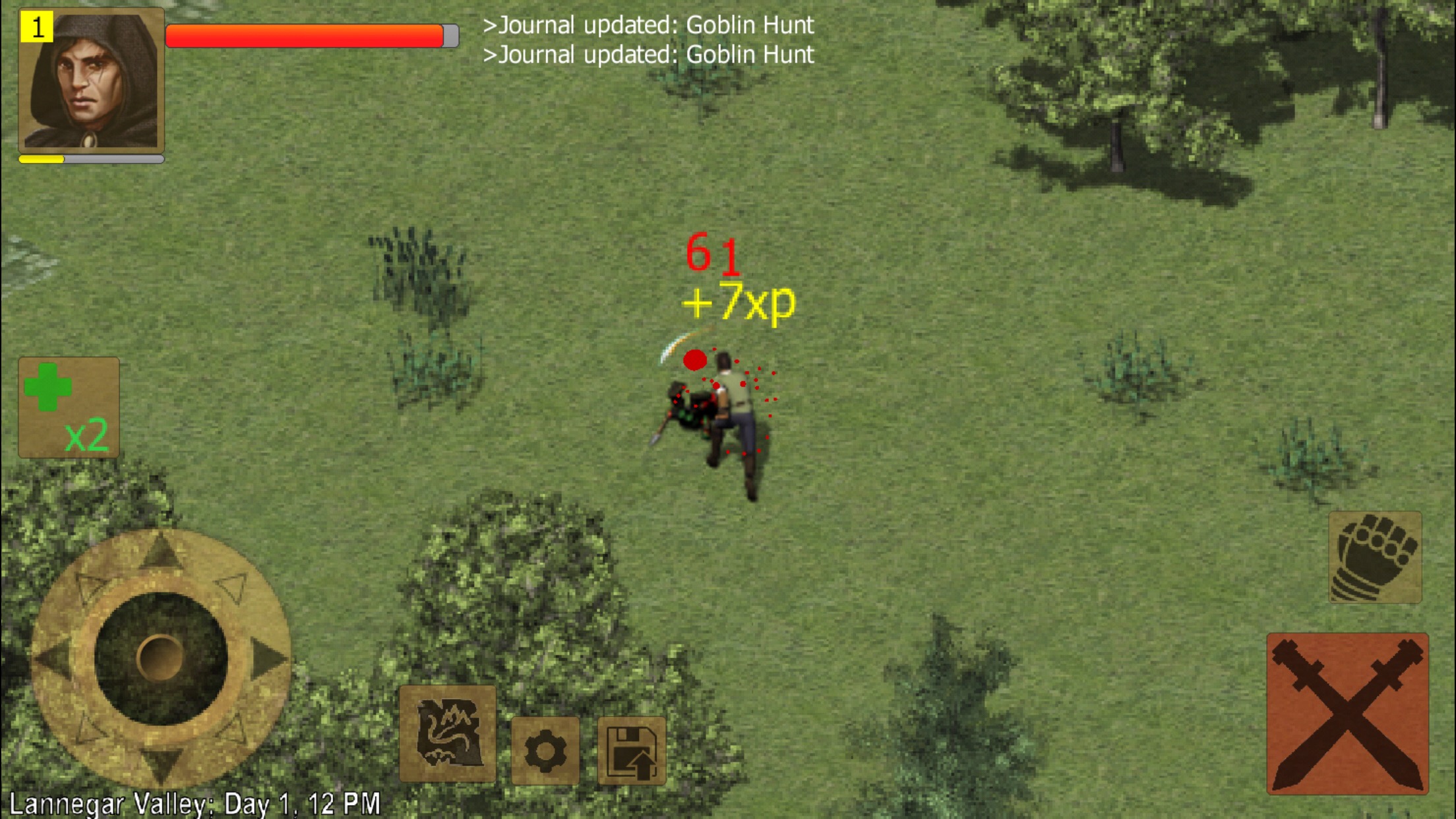 Though you only control a single character, you’re able to recruit additional computer-controlled party members to round out your team. Some of them are mercenaries who tend to get chewed up pretty quickly, but you’ll also find more permanent team members who will join for the long haul, growing and leveling up along with your main character. Having these extra party members helps a lot, so you’ll want to seek them out as soon as you can. The mercenaries feel like a waste of money, to be honest, but they’re totally optional.

Quests can be picked up directly from characters or through town halls. Exiled Kingdoms currently has more than 60 pre-built quests to solve, with more being added with nearly every update. There’s a good variety here, too. Sure, many of them involve killing X monsters to get Y needed items, but there are also escort missions, gathering quests, scouting jobs, and more. There are also a number of randomly generated quests, so there’s plenty to keep you playing if you’ve finished all of the standard quests. Unfortunately, Exiled Kingdoms appears to be a work in progress right now, so while you’ll get quite a few hours out of what’s here already, you can’t actually resolve the main story yet. That’s normally something that worries me, but this developer has proven that they’re committed to regular updates with new content, so I’m sure we’ll see things wrapped up in due time. 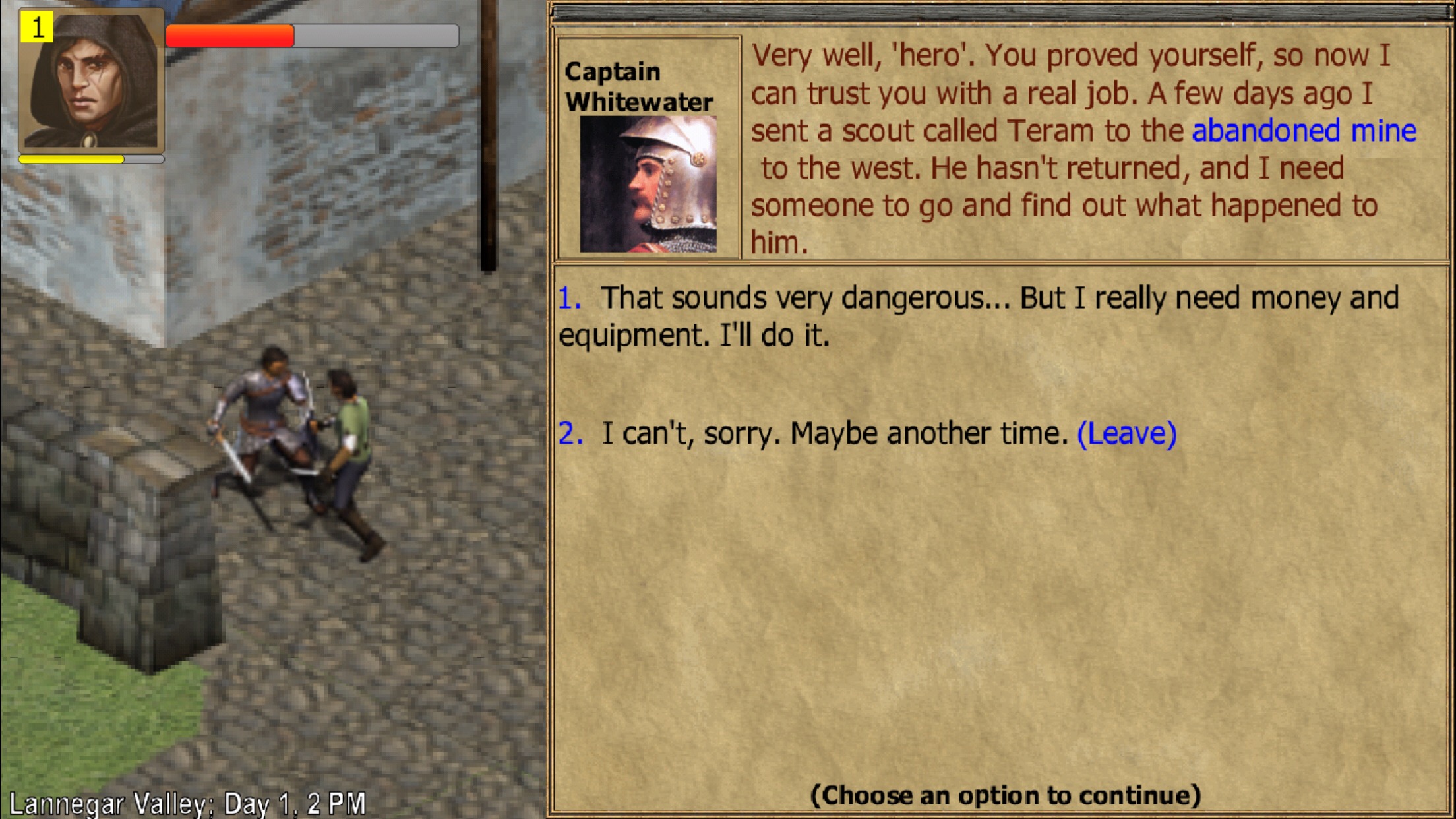 While Exiled Kingdoms doesn’t look bad, it does look very plain. Some of the animations are stiff, and while everything is detailed well enough, there’s no real character to any of the visuals. The audio is equally workmanlike. The story and dialogues are enjoyable to read, at least, and there’s quite a bit of the latter, so that’s definitely a good thing. While the user interface isn’t the prettiest, it gets the job done well enough most of the time. Switching between weapons can be a little ungainly, but there’s only so much you do given screen real estate, I think. The game includes four different difficulty settings, with the highest one using iron man-style rules that mean your first death will be your last one. There are a whole ton of save slots, too, so you can freely experiment with character builds and difficulty settings to see which ones you like best. Just be careful, because you can’t save while you’re in a dungeon.

The initial download for Exiled Kingdoms includes fifteen areas, sixteen quests, and two of the three character classes. While you can’t advance your character past level five, nothing in the free areas will require more than that. You’re also not able to select the highest difficulty setting in the free version. Still, it’s certainly enough to give you a feel for the game, and then some. If you’re enjoying yourself, a single $3.99 IAP unlocks the rest of the game and features. You’re also able to donate extra money to the developer through an additional IAP if you want. 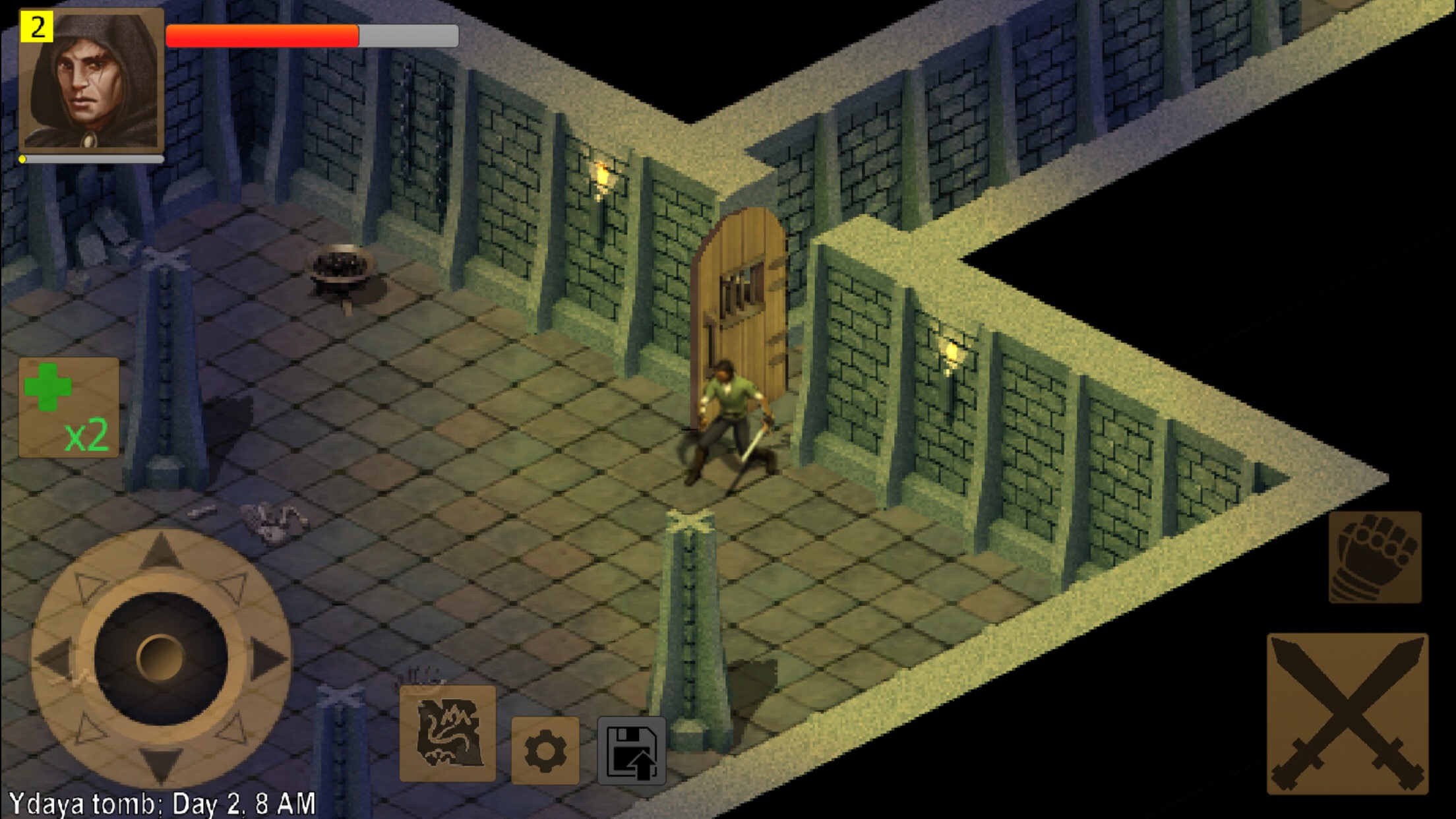 I was honestly caught off-guard at how much Exiled Kingdoms had to offer, and even how good it was all-around. In fact, I would say this game is one of the best single-player Diablo-like games on iOS. It looks and sounds a little rougher than some of its competition in that category, but where it counts, Exiled Kingdoms has got it. The essential gameplay is fun, developing your character is a ride that’s hard to get off of, and the world and its atmosphere are well-developed. If you’ve got any love for action-RPG hack ‘n slashers, you’ll definitely want to give this one a go.