The idea behind the TouchArcade Game of the Week is that every Friday afternoon we post the one game that came out this week that we think is worth giving a special nod to. Now, before anyone goes over-thinking this, it doesn’t necessarily mean our Game of the Week pick is the highest scoring game in a review, the game with the best graphics, or really any other quantifiable “best" thing. Instead, it’s more just us picking out the single game out of the week’s releases that we think is the most noteworthy, surprising, interesting, or really any other hard to describe quality that makes it worth having.

After a successful launch on desktop and console earlier this year, I’d been eagerly waiting for 10tons to bring Neon Chrome to mobile ever since they announced their intentions to do so this past June. After all, a cyberpunk-themed dual-stick shooter is the sort of thing that’s right up my alley. So when Neon Chrome ($6.99) finally launched this week, I quickly downloaded it and gave it a quick spin confirming that, yes, this is indeed a very cool cyberpunk shooter! What surprised me though was that the more I played it, the more the layers of Neon Chrome peeled off like an onion, exposing something that was much more than I expected. 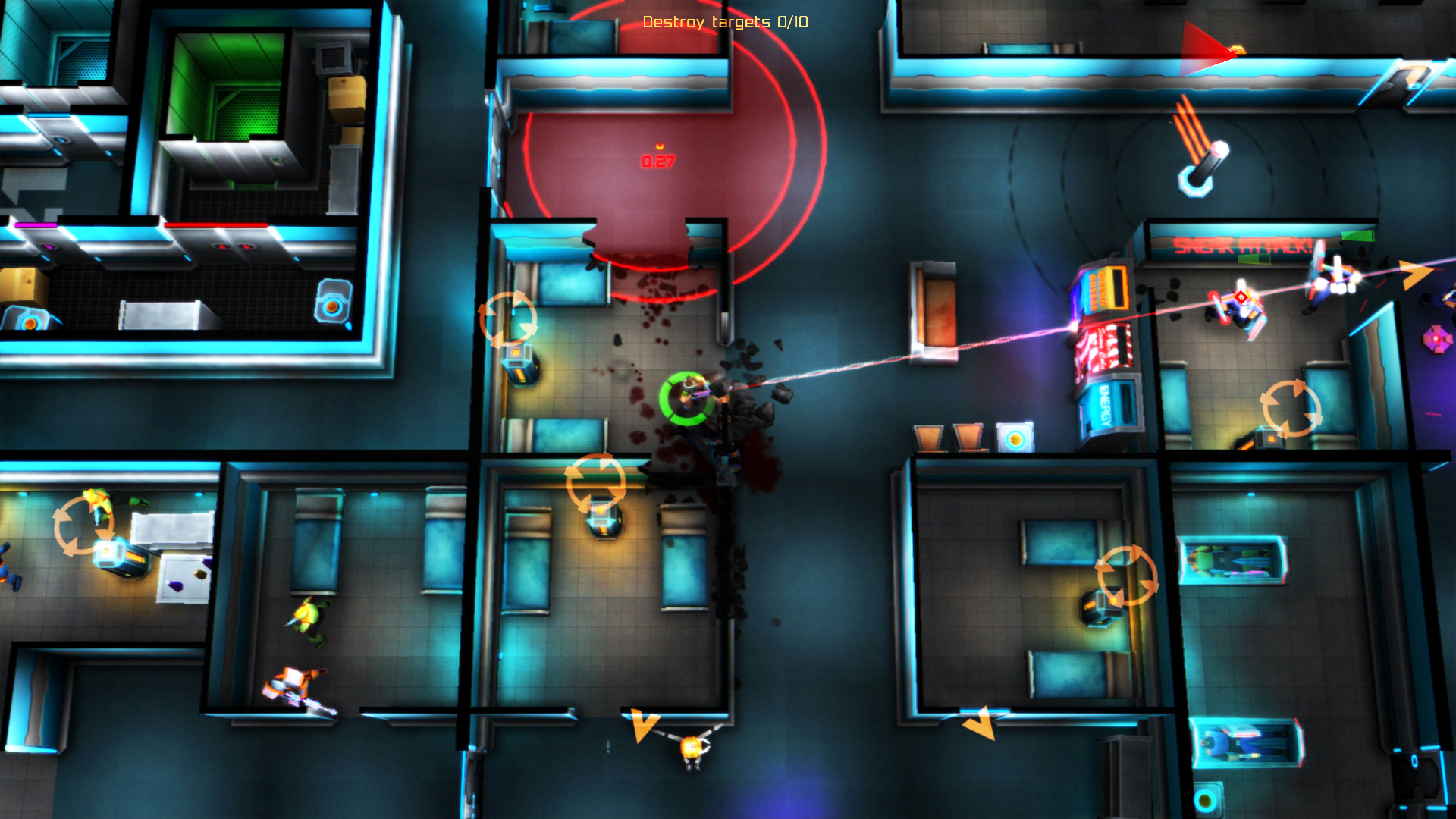 If Neon Chrome was simply a level-based dual-stick shooter, it would still be one of the standouts in the genre. What elevates it even more is its use of roguelike and RPG elements. Your goal is to work your way up a tower floor by floor until finally coming face to face with the boss at the top. Each floor is randomly generated each time you play, and if you die during your journey the character you’re using will lose any of the special augmentations or weapons that they’ve picked up along the way. However, you do get to keep any cash you’ve collected along the way which you can use to upgrade your set of stats permanently for all future runs.

It’s this sense of progression that causes Neon Chrome get under your skin to the point that you find yourself thinking about playing “just one more run" to see if you can get just a little bit further than you did the last time. The different playable classes and the huge assortment of weapons give Neon Chrome a tremendous sense of variety, as do the various augmentations you’ll be able to equip every few levels or so. It reminds me a lot of a dual-stick shooter version of Wayward Souls, or a more tactical version of Solomon’s Keep. The more I play Neon Chrome, the more I fall in love.

That ability to hook you into playing for hours instead of the minutes that you intended actually has a negative side effect, well, besides your lack of productivity. It’s that Neon Chrome is absolutely savage on your device’s battery, so don’t get lost in a game for TOO long if you’re going to be away from a charger. I really hope this is something 10tons will be able to optimize, and already there’s a lot of visual options you can toggle to try and curb the battery usage, but for now I’d recommend cozying up with the game while you’re plugged in just to be safe.

That aside, Neon Chrome is so much more than your average dual-stick shooter. The crazy cyberpunk theme and dystopian storyline have really captured my attention, as has the drive to upgrade and progress my powers. It’s a great mobile version of a full console and PC game and is a steal for its current 50% off launch price of $4.99. Just make sure you don’t stray too far from a wall outlet or battery pack.