If you want your Minecraft Pocket Edition ($6.99) to look like a silly Saturday morning cartoon or as if you just had a breakdown and the whole world looks like a joke, then the latest texture pack is just the thing for you. Cartoon Textures, which was just added to the game, doesn’t change the environment that much but it makes a huge difference on how people and mobs look. I mean look at the image below; you can’t go much sillier than that. I can see this texture pack being great for those who like to stream multiplayer Minecraft because it will add a veneer of silliness on top of any shenanigans. The Texture Pack costs $2.99 and is available in the Store. 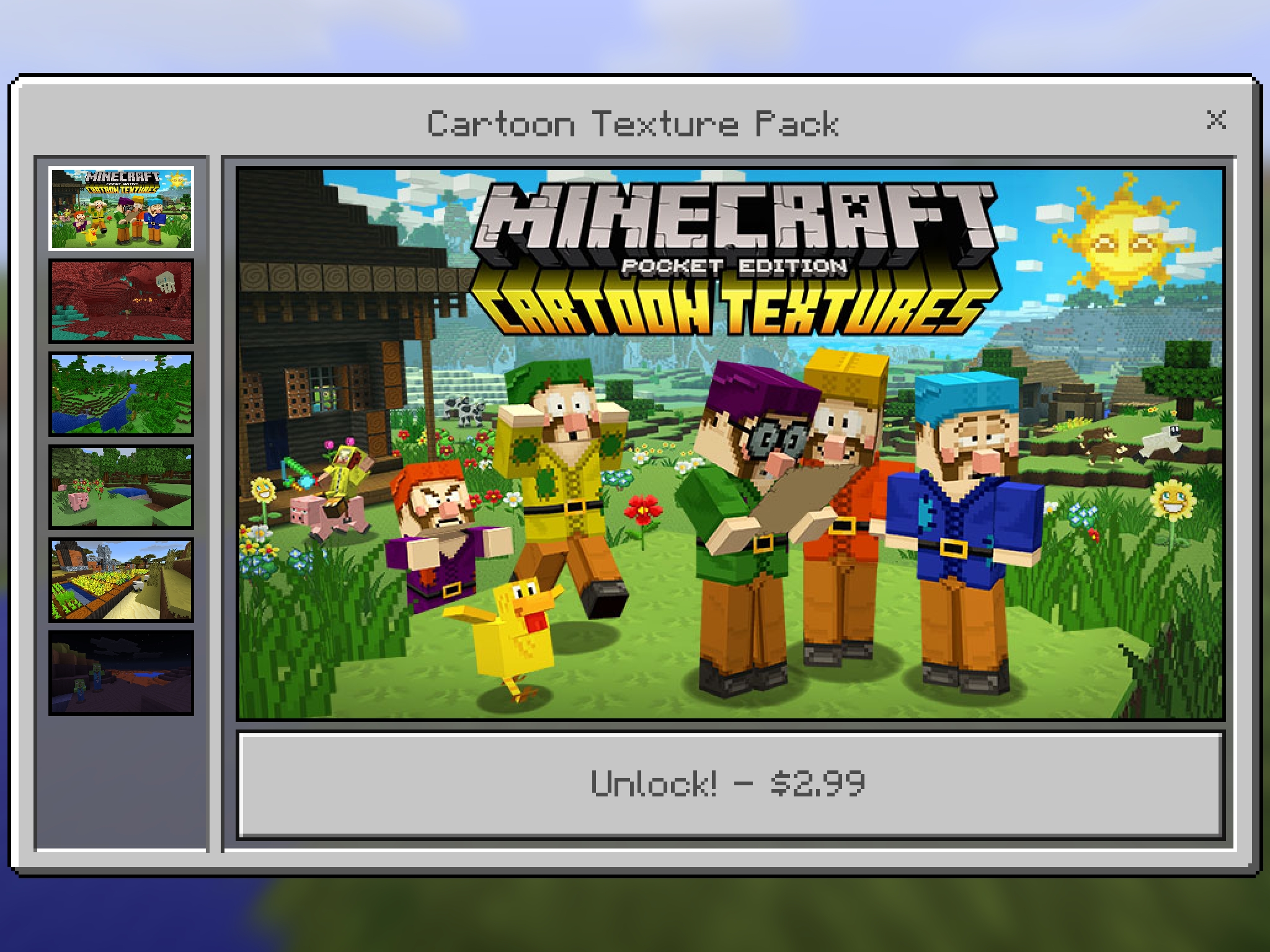 In addition to the texture pack, we got possible hints that music might be coming to the game. According to this reddit post, there’s been code discovered that talks about downloading the Minecraft Music to your device. While I don’t know how valid this post is, the developers have said in the past that if the game’s music makes it to the Pocket Edition, it will be as a separate download because of space considerations. Here’s hoping.