Jeff Vogel’s Avernum and Avadon games are some of the best computer RPGs (CRPG) that you can get on iOS. All of them have tons of content with an excellent balance of story-based and open-world options and their respective tales are pretty compelling as well. While Avernum has technically been complete for awhile, Avadon was still a work in process with the final game in the trilogy released on PC earlier this year. Thankfully, Avadon 3: The Warborn ($9.99) is finally out on iOS too, completing the Avadon series on the iPad with yet another absolutely amazing CRPG. 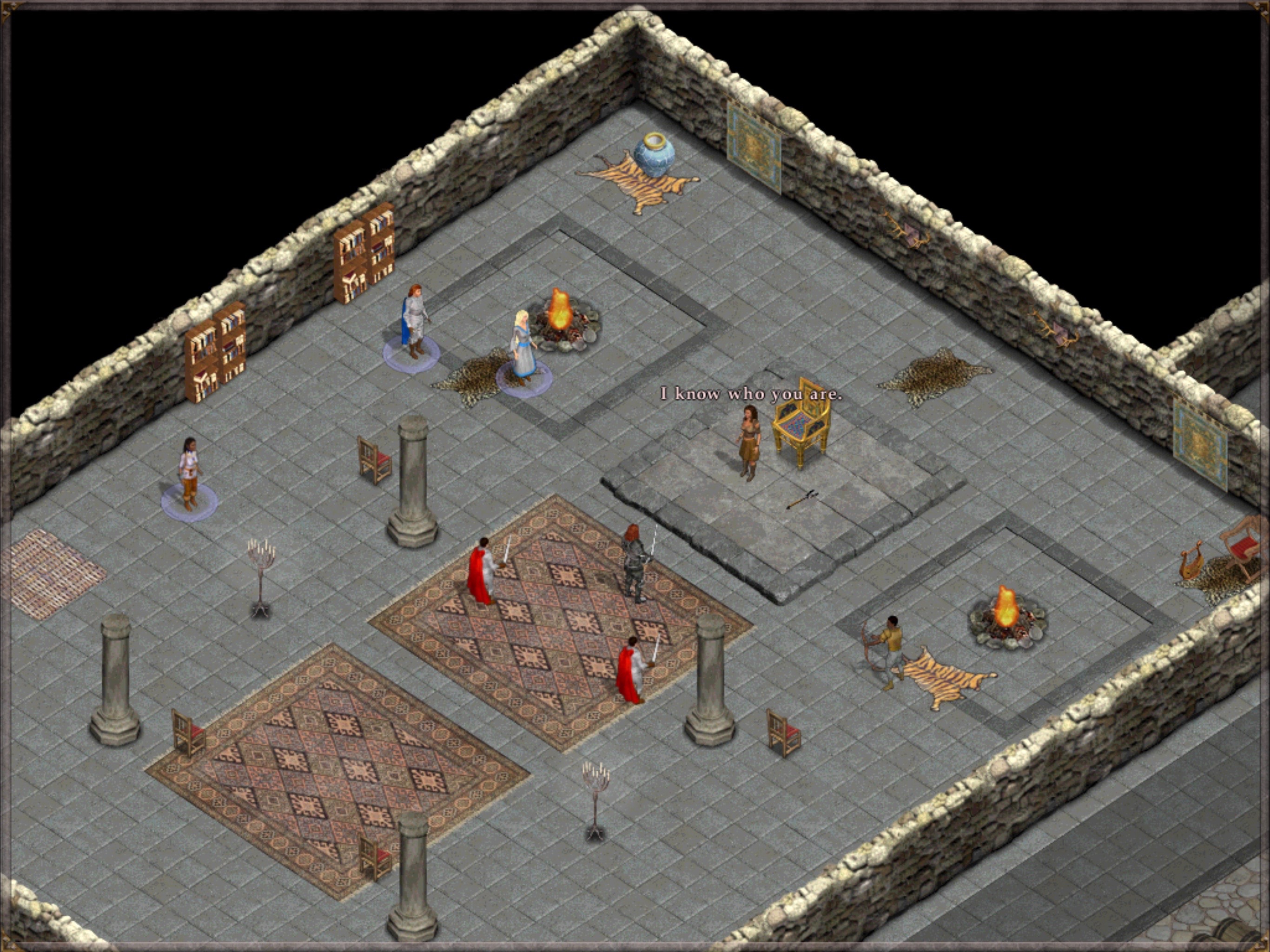 For the CRPG novices, playing a game like Warborn truly is a blast from the past. With 90s era visuals and little in terms of music and sound, Warborn instead has to rely on a compelling narrative and deep character/battle system. In both these regards, Warborn unequivocally succeeds. The Avadon character development system has seen subtle improvements with each title and I think Warborn is the best iteration yet. In addition to the ability to customize primary stats, the Avadon skill tree and specialization systems return, which offer a well-done, streamlined method of improving various aspects of each character while still maintaining enough choice for actual strategy. This time, the skill trees have been completely redone with an emphasis on additional customization (a very welcome change). An NPC you eventually meet allows you to reset skill points, which is a great touch. 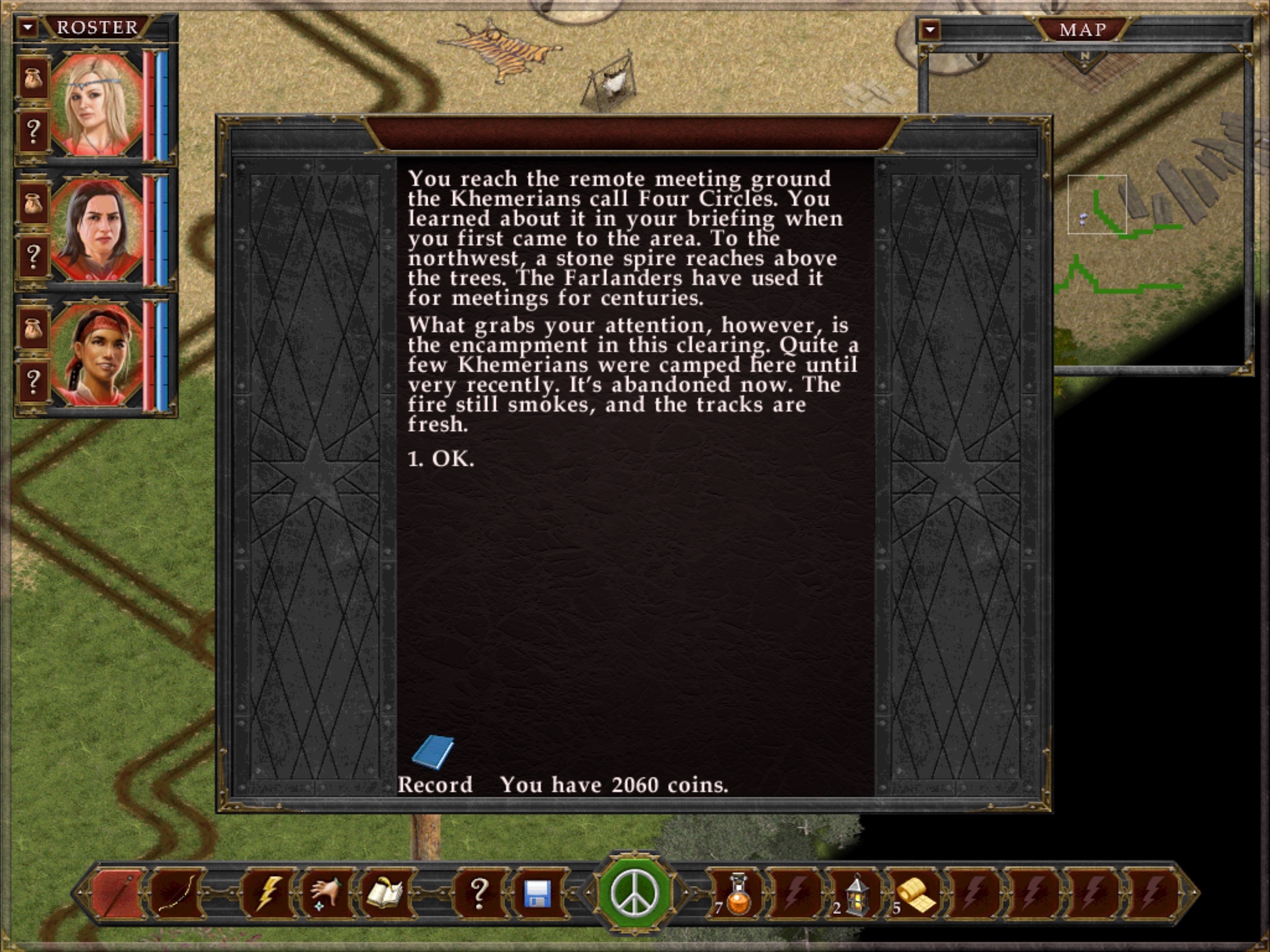 Complementing the leveling system are a handful of great classes that have become pretty standard in the Avadon series. Most importantly, the Tinkermage makes a return, which is one of my most favorite CRPG classes. The ability to conjure up a multitude of turrets that can cause a variety of status inflictions and damage is just way too much fun in this CRPG setting. For Warborn the Tinkermage actually got a little bit of a nerf, but it’s still an awesome class overall. Of course, the other classes are still well-done, such as the animal summoning Shaman, the glass cannon Sorceress, the stealthy Shadowwalker and the tank Blademaster. Jeff Vogel’s RPGs have always had a penchant for great general character design and Warborn stoically continues this trend. Something that deserves mention is the simple fact that each character is balanced enough that you really don’t need to bring the tank if you don’t want to (although it would probably make the game a little easier). 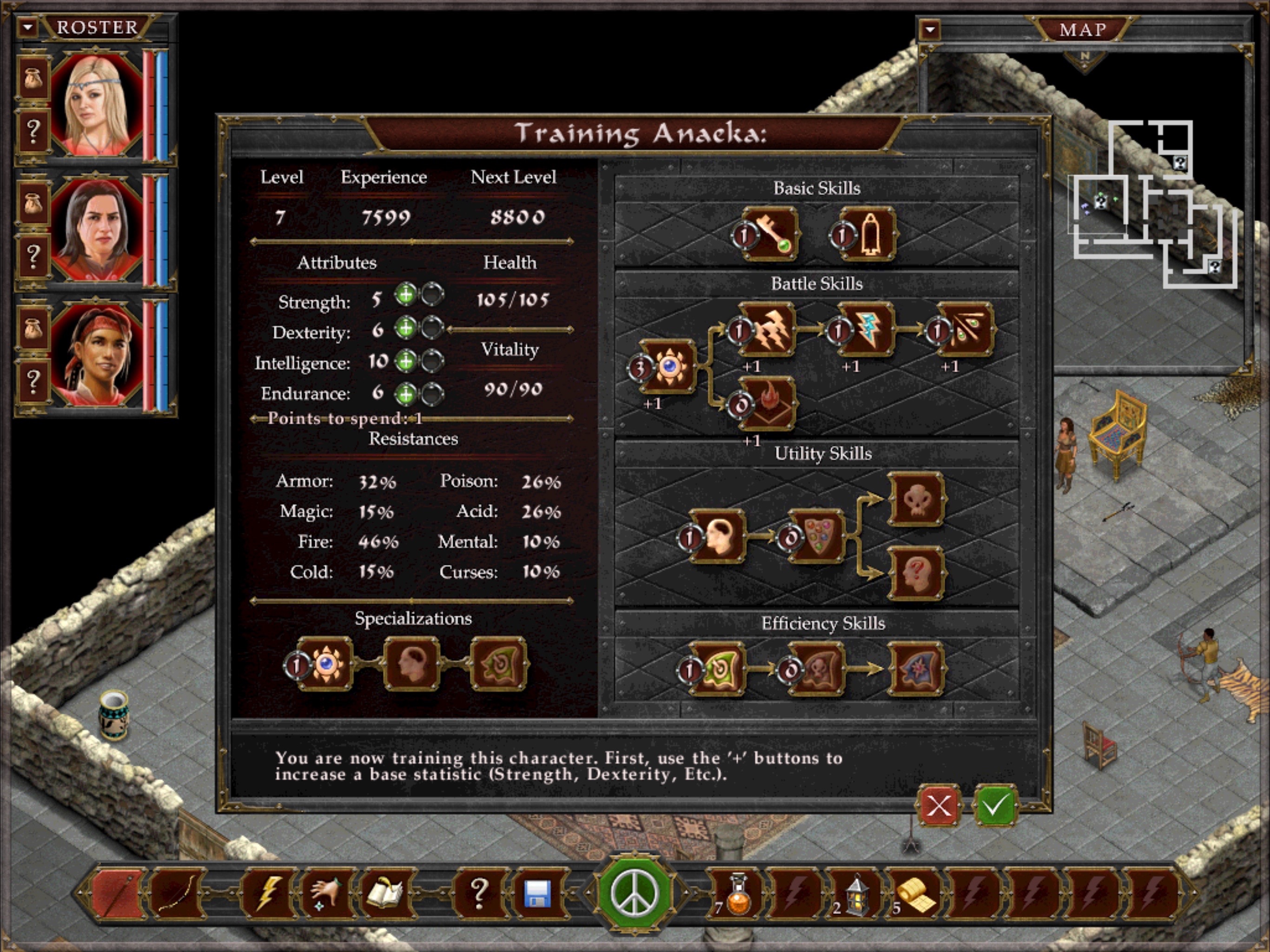 The battle system is a relatively basic turn-based system that has the potential to provide some real trouble depending on the difficulty setting. I’m a big fan of treating the battle system as a means to an end, but I also appreciate Warborn offering the option to make the battles difficult and interesting. A deep item system, along with the Scarab and enchantment system also mean that there’s plenty of equipment to find, improve and use for each class. While there have been some changes throughout the years, the battle system has typically stayed the same, which is perfectly find by me. 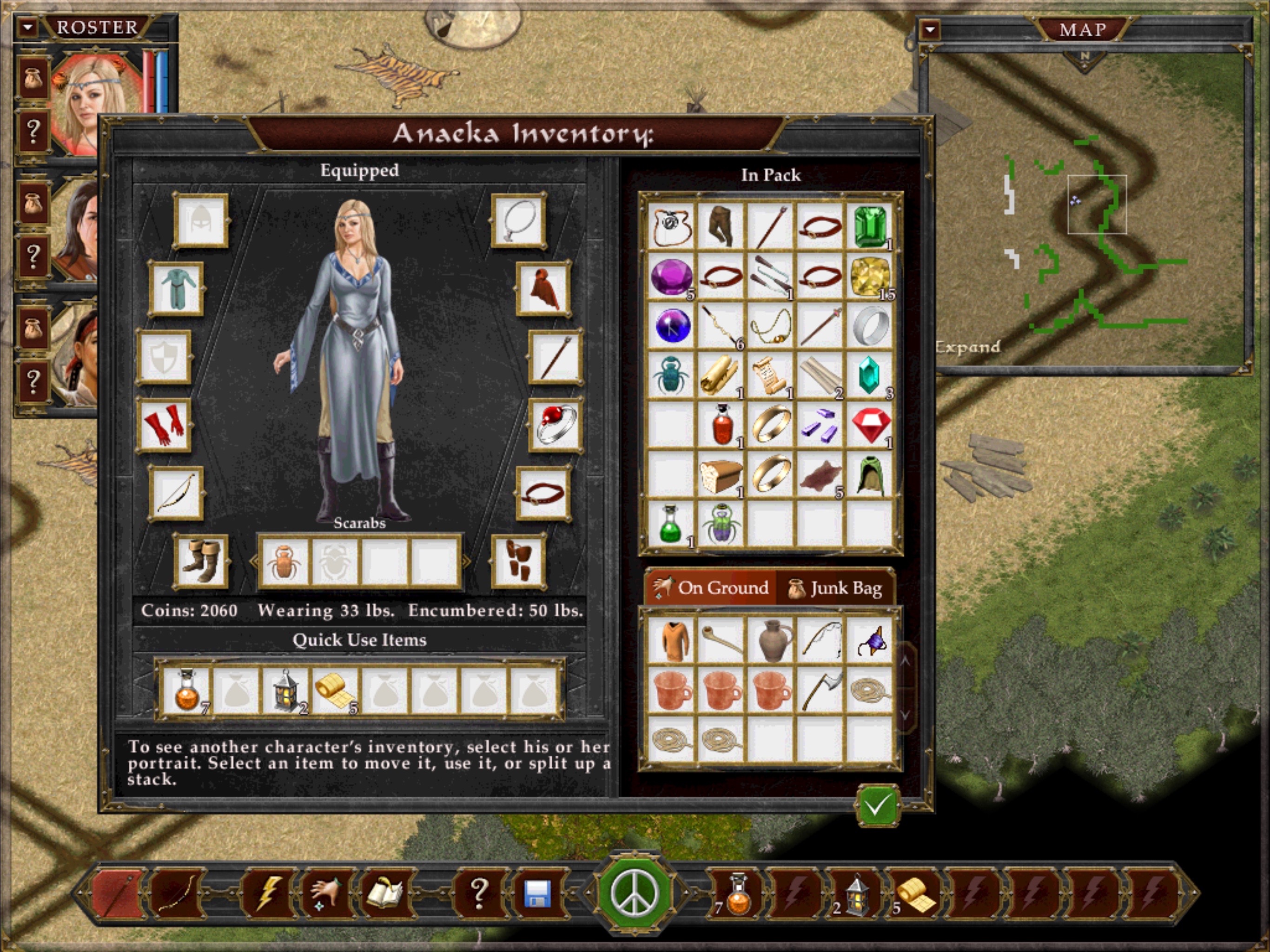 We’ve briefly discussed the Warborn narrative in our Out Now post, but suffice to say, things aren’t looking too well in the Avadon world. With Redbeard ousted as the ruler of the Black Fortress, combined with the banding together of the Farlander tribes and their heavy assault against the Pact, things are teetering on the verge of collapse. This is where your hero comes in, as a Hand of Avadon situated in a Farlands outpost. Your local quest giver keeps you busy, but soon a significant event will lead to your hero being thrust into the limelight with a task to turn around this war and save the Pact. One of my most favorite things about the Avadon series is how each game has managed to keep you significantly invested in the world from a political standpoint while also providing you with personal quests and missions to discover and complete. While experience with the previous Avadon titles isn’t required to enjoy the game, I personally think it makes the experience so much better as all the lore buildup really pays off with this title. 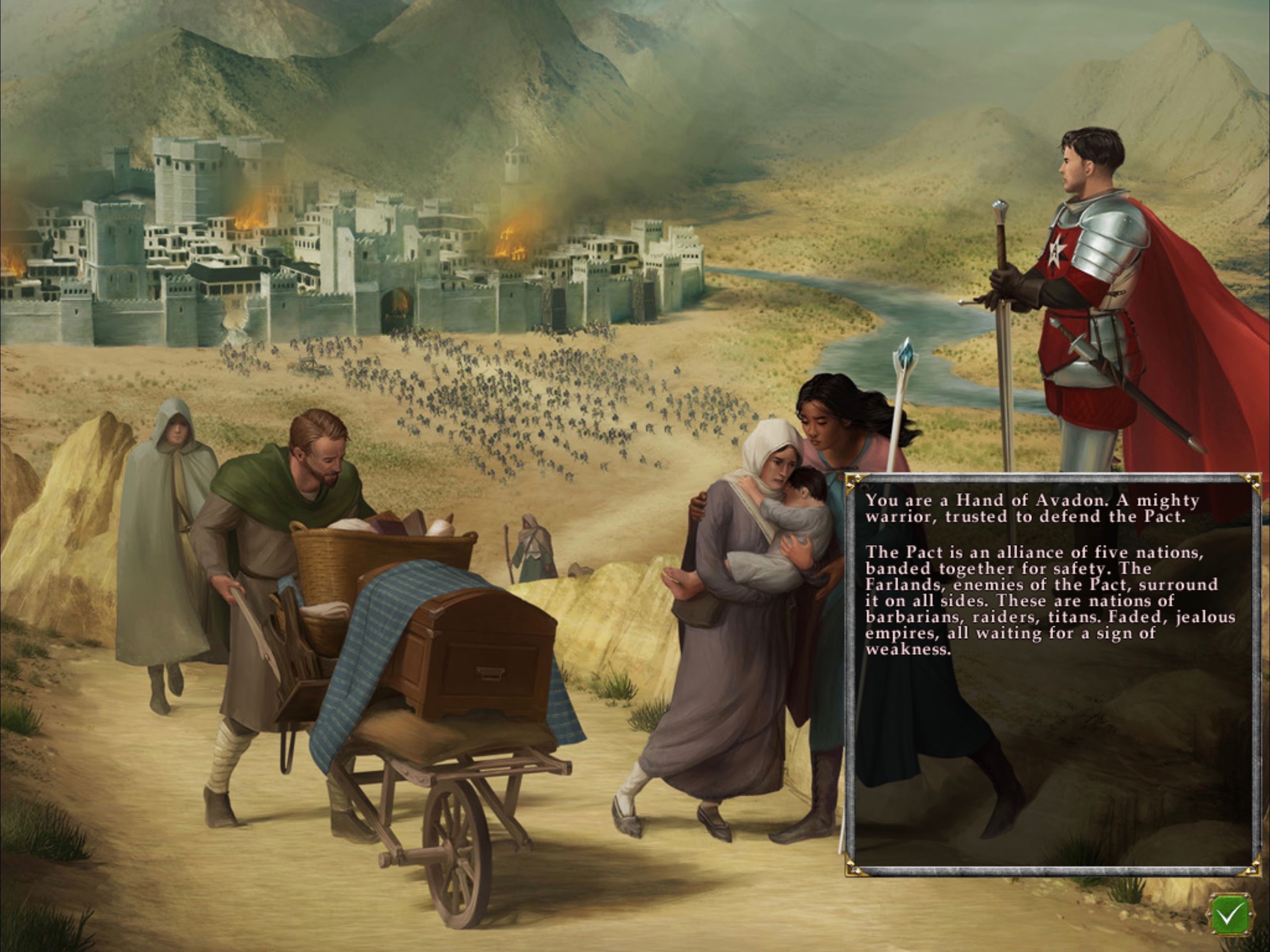 It’s hard to discuss a Vogel CRPG without giving due credit to the incredible writing that can be found throughout Warborn. Character dialogue, third-party narrative and the in-game cutscenes all combine to paint a world that’s both alive and in distress. You’ll encounter minor characters that have a surprisingly deep backstory that may even make you feel some emotion to them. Quests offer real-world consequences that can truly change the landscape of the world. While that would be impressive on its own, Warborn does a great job making you think very long and hard about those choices, with each one typically being a personal, moral choice than being the “correct” choice. It’s something that Warborn does even better than previous titles which makes the game’s story even more meaningful in my eyes.

With some notable exceptions, the true CRPG experience has been a dying breed for quite some time, which is a truly a shame. When you have a title with a heavy focus on the written narrative combined with just enough visual acuity to assist your imagination, you typically end up with the best of all worlds in terms of imagining the story being told (and altered, based on your decisions). Sure, the CRPG is not for everyone, but for those that appreciate it a great game in that vein is an incredibly fun experience. Jeff Vogel has happily continued this tradition with incredibly well-made games in this style and it’s been a pleasure to enjoy them on iOS. With the Avadon trilogy complete, hopefully Spiderweb Software can continue to bring the remaining Avernum titles to iOS but the future is a bit muddy after that. Regardless, Avadon 3: The Warborn, along with rest of the titles currently on iOS, are the gold standard for this genre and deserve a strong recommendation.