With all the high profile games that launched this week I was already dreading trying to pick one for Game of the Week, but I was really surprised when a latecomer, and in fact a game I had never even heard of before, ended up sucking me in the most. That game is RunGunJumpGun ($2.99), and although its name is kind of a tongue twister, it accurately describes just what you do. A lot of running, a lot of jumping, and a whole lot of gunning. 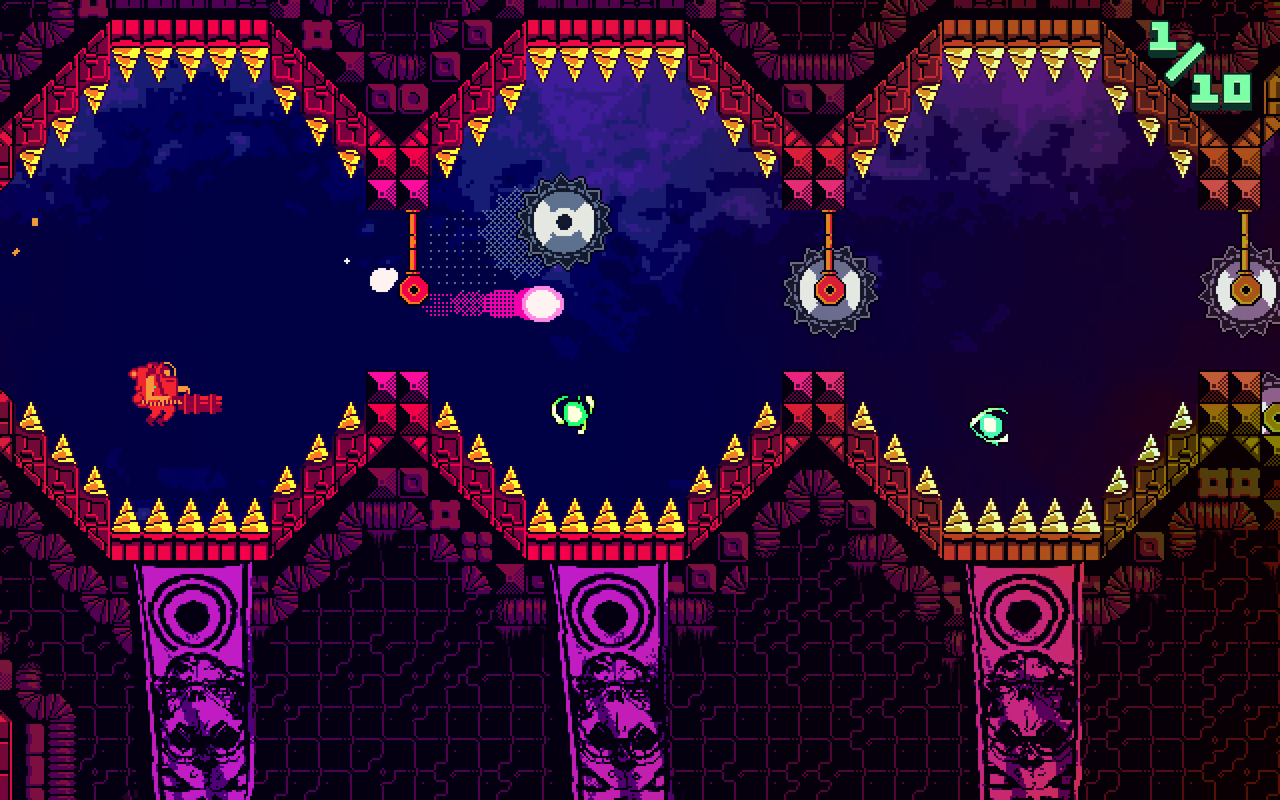 Technically, you’re not “jumping" in the traditional sense. Touching the left side of the screen causes you to shoot downward and propel yourself in the air, like the famous Machine Gun Jetpack from Jetpack Joyride (Free). Touching the right side of the screen causes you to shoot that weapon horizontally to the right. Your character runs automatically and the entire game is built around making your way through bite-sized obstacle courses using both of these actions at your disposal. The kicker, and one of the most brilliant parts about it? You can’t do both at the same time.

That last statement is likely controversial, as not being able to jetpack around and fire at the same time can be infuriating. But working around that limit takes some serious skill, and coupled with incredible level designs and fiendishly-placed collectible items called Atomiks this puts RunGunJumpGun into the same company as some of the most beloved hardcore twitch platforming games around like VVVVVV ($2.99), Lost Socks (Free), Circa Infinity (Free), and even Super Meat Boy (how’s that mobile version coming along, eh guys?).

If any of those games mentioned are your cup of tea, or you just plain like games that are soul-crushingly challenging where you’ll die over and over until you feel like crying but still find yourself coming back for more against your own better judgement, then you’ve got to give RunGunJumpGun a try. It totally came out of left field for me, despite launching to a positive reception in late August on Steam, but it’s quickly become one of my favorites of 2016. It’ll set you back a “whopping" three bucks and there’s no IAP, and you can find even more impressions and discussion about it in our forums.