Man, it is SO HARD to try and get excited about a match-3 game in 2016, but somehow the folks at DuoFun Studios has managed to capture my interest with their upcoming multiplayer matching game Chief Puzzle Officer. The biggest standout feature is the online multiplayer which will offer 4-player cooperative PvE as well as 3V3 competitive Guild Wars battling. The whole theme of Chief Puzzle Officer is climbing up the corporate ladder, so you’ll be able to create a guild with other players and build up the biggest and best MegaCorp while battling other guilds, you’ll have special abilities in the form of Executive cards that help you directly on the playfield, and you’ll fill out your MegaCorp with Staff cards which act as the items in the game. Check out the latest trailer for Chief Puzzle Officer to get an idea of what it’s like.

Since there is a deck-building element to Chief Puzzle Officer, there will of course be a gacha system that sees you unwrapping packs to gain new cards. However, DuoFun have implemented an interesting wrinkle to the typical formula which will allow your Guild to purchase specific cards using the currency earned through playing. These cards are separate from your personal card collection, but they allow you to use certain cards that you haven’t unlocked yet through random chance. Also, the developers promise that Chief Puzzle Officer will have no energy timers, which is rare for a matching game. 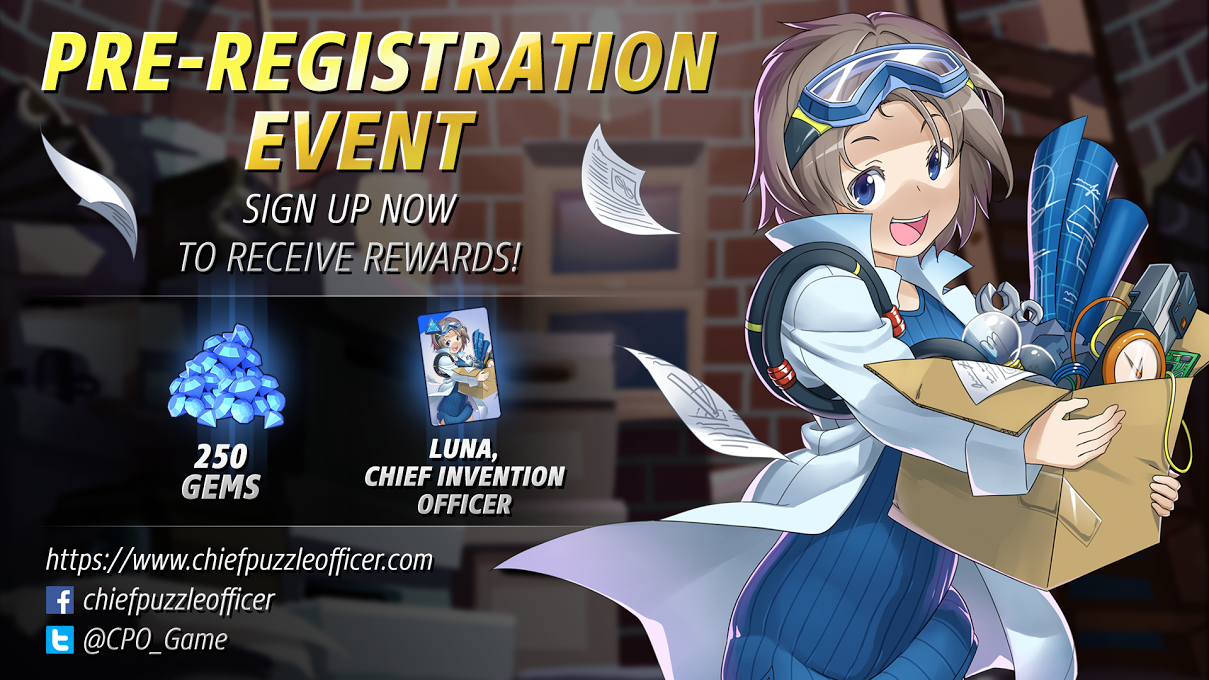 If you’re interested in signing up for the beta testing or pre-registering to earn some early bonuses, check out the thread in our forums. You’ll also find a ton of extra information on the nuts and bolts of Chief Puzzle Officer as well as some additional art assets. Basically, the vibe I get is that DuoFun feels the match-3 genre is stale and needs some shaking up and they’re hoping to do that with Chief Puzzle Officer. Beta testing and pre-registration opens up on November 15th so if you’re interested head to the forum thread.