So far I’ve been luck enough to go to a couple of PAX Easts, a few more PAX Primes, and one PAX Australia. (Regrettably, I’ve been unable to make it to a PAX South just yet!) If you’ve never been to one, and you enjoy any part of geek culture, you really need to figure out a way to go. They take place over a weekend, so time off work is minimal, and the PAX organizers pretty consistently book huge blocks of rooms at nearby hotels, often with rates far cheaper than you could get yourself. I go to these events and bust my ass tracking down things for TA coverage, but if I wasn’t working, PAX would make a totally rad vacation.

It really doesn’t matter what you’re into, if it falls anywhere inside of the spectrum of geek culture, it’s there. Card games, board games, tabletop games, retro games, PC games, cosplay out the wazoo, console games, art of all kinds, anime, all sorts of swag to shop for, and so much more. PAX culture is also incredibly welcoming and diverse, so if you’re a PC gamer and have always been curious about learning how to play Warhammer, there’ll be people who will teach you. If you’re into Magic the Gathering and are curious about Dungeons & Dragons, there’s loads of newbie friendly encounters to drop in to. The list goes on and on.

The “problem" PAX has (and imagine me doing incredibly exaggerated air quotes around problem there) is that it’s too successful. PAX Prime has grown to the point that it takes over effectively every available conference space in the downtown Seattle area along with the entirety of the Washington State Convention Center. On one hand, it’s incredibly cool that the event has gotten so huge, but on the other, it makes the whole thing feel very disjointed. For instance, if you want to play Magic the Gathering, you need to leave the convention center, walk across the street, and go downstairs into the large basement of a nearby offshoot of the convention center. If you want to play PC games, same deal, across the street but go up a few floors on an escalator. Looking for retro arcade games? That’s around the block, on the lower floor of a nearby hotel. Want to go to one of the bigger events that take place in a theater setting? That’s a few blocks away too. 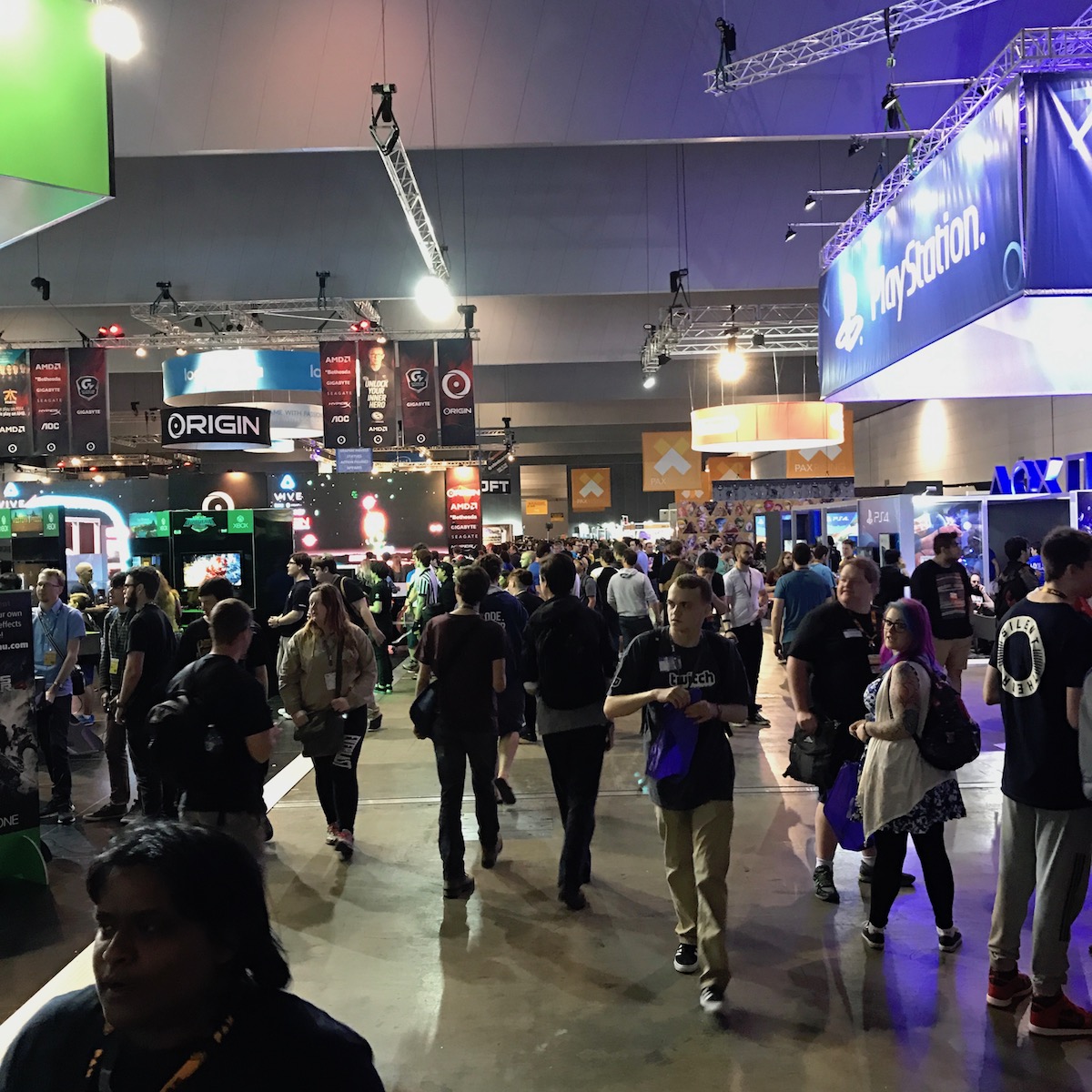 There’s maps everywhere, sure, but there’s so much there that unless you really go out of your way to make sure you’re exploring every floor, nook, cranny, and nearby building, you’re going to miss out on parts of PAX. Both PAX East and PAX Australia are significantly better in this regard, as they’re held inside of convention centers that can (right now, anyway) hold the enormity of the PAX events. I really, really liked the layout of PAX Australia, as it’s held at the absolutely massive Melbourne Convention and Exhibition Centre.

Walking from one end of the building to the other, you walk through almost everything PAX Australia has to offer. You can be checking out all the AAA games and hardware manufacturers and see all the indie kiosks nearby and people getting really crazy playing VR games. Walking over to the indie games you can see all sorts of people playing card games, then tabletop stuff, then console stuff, and so on. It’s all connected, and if you only come to PAX Australia to play Magic, you’re still going to be part of the overall infectious level of energy that the event has. It’s really hard to overstate what a difference this makes over PAX Prime. 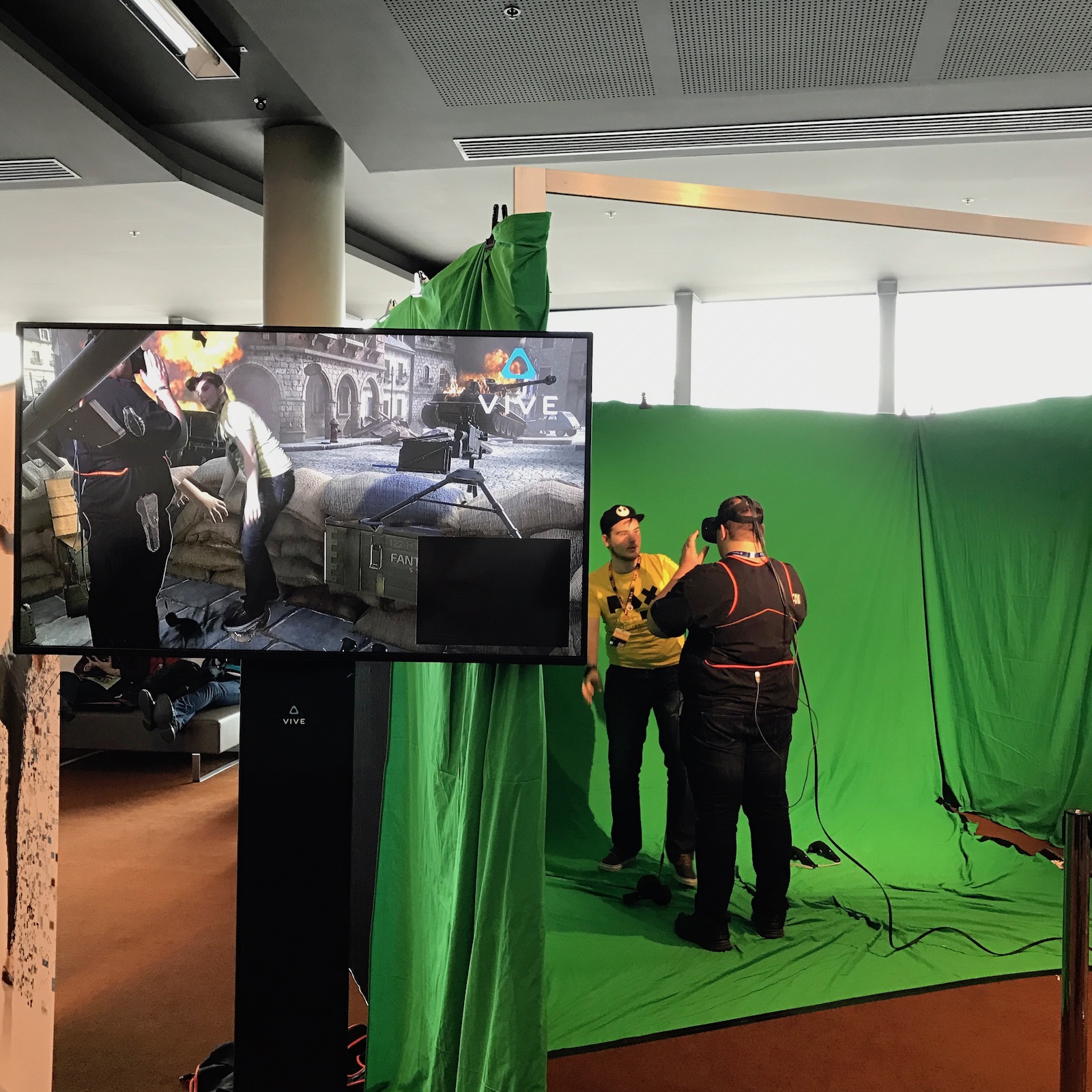 Australia is a real easy country to be in too, particularly as an American. It’s the farthest I’ve ever been away from home while still somehow oddly feeling at home because everyone speaks English and things feel strangely familiar. Sure, the flight is long, and potentially expensive, but the US Dollar is doing great right now against the Australian dollar, which goes a long way to making everything more affordable. Melbourne, the city it’s held in, is great too. If you don’t want to pay to stay near the convention center, the city has a great system of trams which are totally free provided you’re in the central business district where most things seem to be. Whether it’s PAX Australia, or another PAX closer to home, you really just need to get to PAX.

While I was there I also saw a whole bunch of games which we’ll be highlighting the rest of the week. I was hoping to have everything posted by now, but I totally underestimated how paralyzed I’d be upon returning home following every second the US election (along with most other Americans). If you want to get a jump on some of the stuff I saw while I was there, take a look at our recent YouTube uploads, otherwise… Stay Tuned!