One of the more reliable means of drawing attention in marketing is to use the biggest numbers you can find for your product or service’s features. It’s historically been very useful in selling video games, with RPGs claiming dozens of hours of gameplay, open world games boasting about the sizes of their maps, and platformer games talking up the number of levels they have. Thing have become ludicrous in mobile gaming, with Candy Crush offering a couple thousand levels and many platformers eventually expanding out to over a hundred stages. Never mind that the levels might be short, or easily constructed. The players will find that out later, and when they do, they may well not even care. 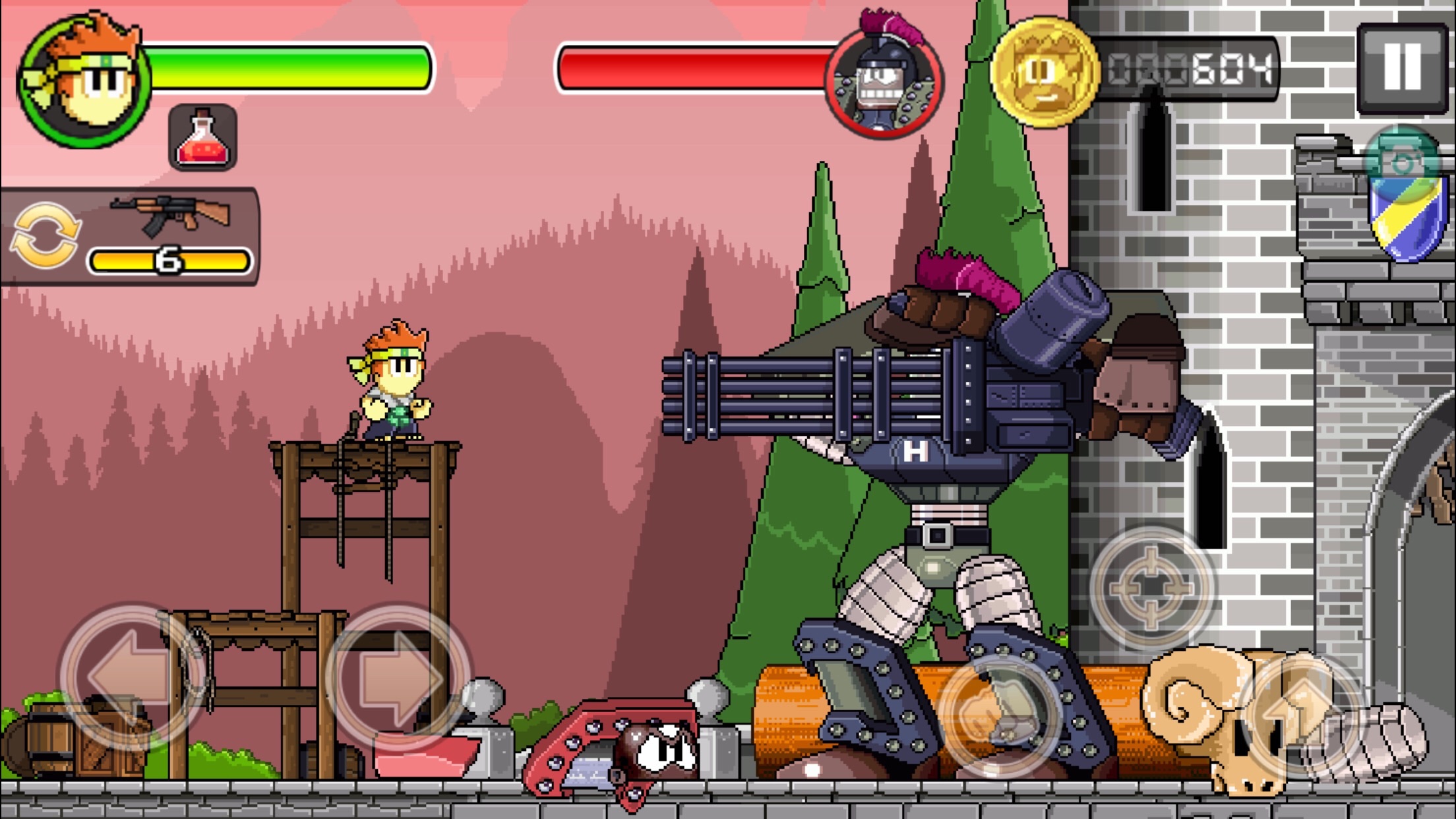 Dan the Man (Free), on the other hand, offers up a mere 12 levels in its story mode. I won’t lie, my initial reaction was disbelief at how small that number was. Even the original Super Mario Bros. has 32 stages to play through, after all. It’s not an impressive number. After playing Dan the Man for a while, though, I came away with a different take. These dozen levels are big, filled with interesting secrets to uncover, and are quite well-designed. The developer could have snipped each one into smaller sections to inflate the stage count, but it would have resulted in a different feel entirely. I think I see what they were going for, so I can respect that they set the game up the way that they did.

The story mode is still rather short, mind you. It only takes a few hours to play through those levels, even with them being as big as they are. You probably won’t find everything in that time, but not everyone cares about that kind of thing. I think a few hours is good for a game like this, though. It’s able to roll out its roster of enemies at a steady pace, ramp up the difficulty curve smoothly, and finish before any of it gets old. In addition to the aforementioned secrets, there are also multiple characters to play the game with, each with their own sets of moves and upgrades. Not all of them are free, but given how much in this game is free, it’s hard to complain too much. You can even get a discount on the most desirable character, Halfbrick’s mascot Barry Steakfries, if you manage to clear the story mode.

In the process of doing that, you’ll also unlock two additional modes of play. They do a good job of extending the game beyond the story mode. A battle mode offers up a series of arena fights against a variety of foes, while the daily challenge mode has you running a different set of challenges each day in order to win some nice rewards. These extra modes lean heavily on the game’s battle system, and their confidence in it isn’t misplaced. Each of the characters has a nice mix of melee and ranged attacks to bust out, and there are even grab moves and charge attacks that can be useful in certain situations. Due to the excellent variety in enemy types and behaviors, you’ll have to make use of your whole toolbox, taking to the air, closing distances, and shooting whatever you can’t get your hands on. Fighting in Dan the Man is good, frantic fun, and that makes the extra modes work. 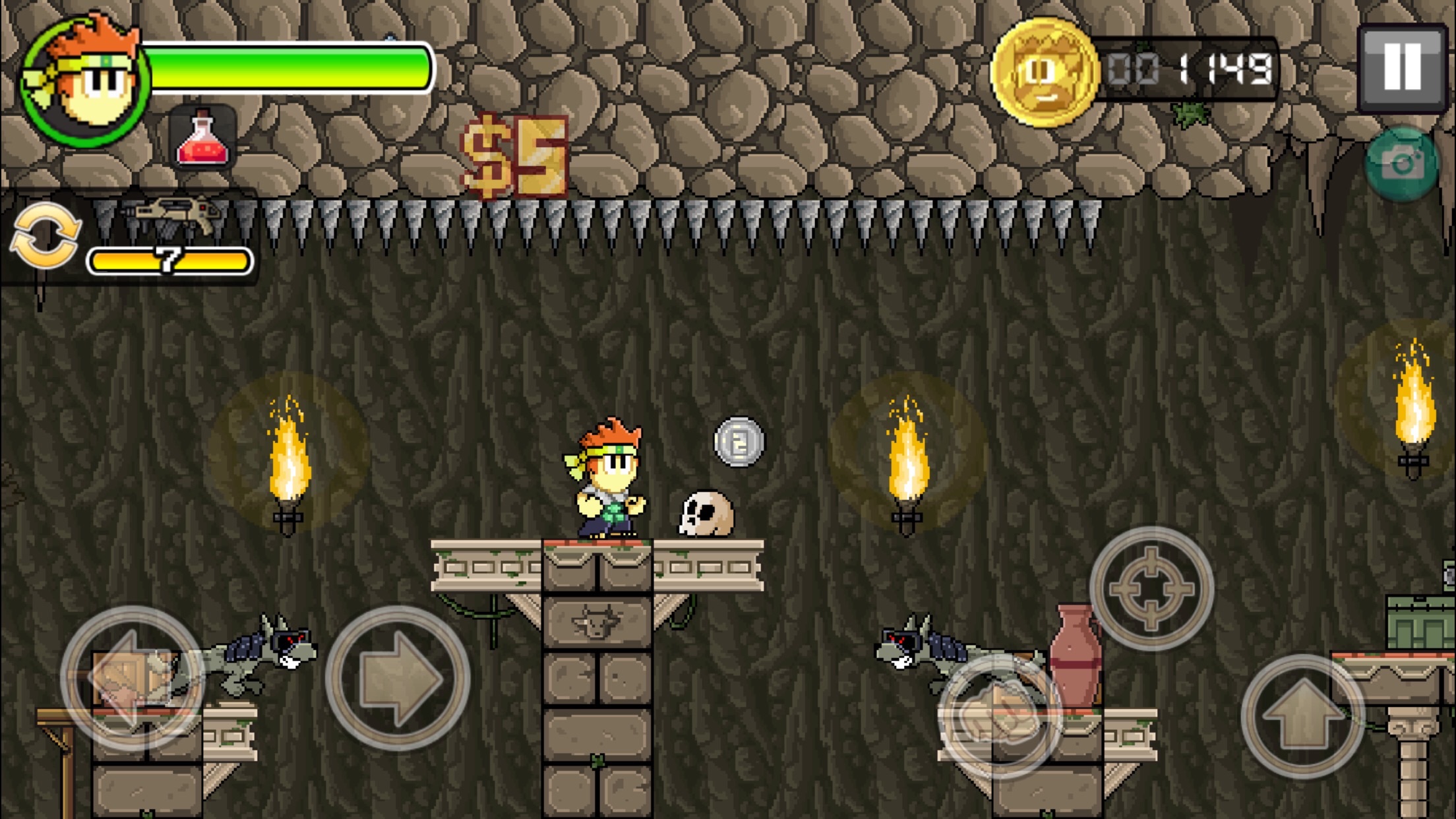 It’s not strictly a brawler, though. There’s plenty of decent platforming to be had in the game, as well. The game doesn’t ask much of the player during the first half, but things heat up a bit later on. Finding all of the secrets requires some leaps of faith, and similar to the required bits, these secrets gradually demand better skills to reach. The jumping and physics in the game feel good and dependable, though you’ll have to be careful that you don’t activate certain moves that can send you veering off into unintended directions. Still, the game is quite forgiving in general. There are frequent checkpoints, and virtually nothing will instantly kill you, making it fairly easy to recover from a mistake. You’re always getting stronger, too, since the coins you’re collecting can be used to upgrade your skills and weapons.

Dan the Man is a free game, and you can play the whole thing without paying a cent, if you’re so inclined. There are plenty of IAPs, and the game is also ad-supported. There are incentivized ads that will give you extra weapons and coins, and you’ll occasionally be required to watch an ad if you’re playing for free. You can buy an IAP that among other things removes these ads, and you’ll even still be able to score the weapons without having to watch any ads. In addition to that premium IAP, there is also a selection of characters available, as well as coin packs. Most of the characters are just new costumes to build your custom character with, but Barry Steakfries is a completely unique character in both appearance and move set. Perhaps wisely anticipating that players would want Barry and the premium IAP, the game offers a discounted bundle with both. That said, you can get a better price just by playing the game freely until it offers you a special discount, which is a little odd.

The game has an excellent look that immediately calls to mind SEGA and Westone’s classic Monster World series, and I’m quite sure that’s intentional. The shops scattered in the stages, the hidden items found by jumping, and even the basic structure of the platforming challenges seem to pay homage to those games. I suspect that’s sort of what the developer was going for with the larger stages, though the end result is something much more linear and less adventure-style than those games. The game is packed with hilarious little animation flourishes, as well. Enemies who haven’t noticed you yet will get up to all kinds of silly things, and it’s worth taking a cautious approach just to try and see what they do when they’re not falling like dominoes to your fists of fury. 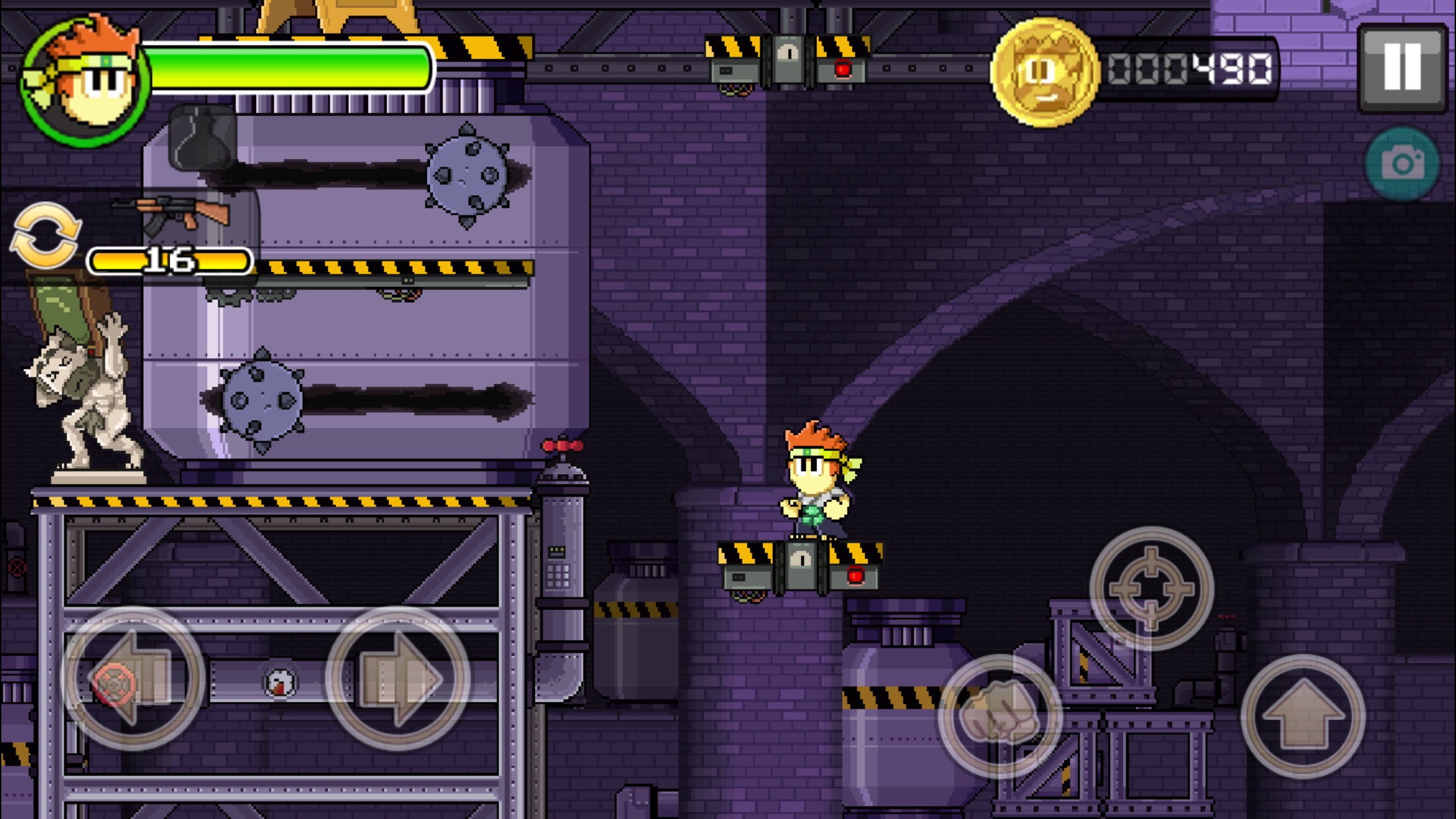 While the levels are perhaps a little too long for their own good at times, Dan the Man is a surprisingly solid and charming action game. There are occasional patches where it feels like it’s just coasting instead of excelling, and the bosses could probably put up more interesting fights than they do, given how sparse they are. For the most part, however, it’s an easy game to lose yourself in while it lasts. The controls feel good, the fighting is fun, and you’ll certainly get your share of eye candy along the way. Additional modes and characters add to the replay value, and I certainly appreciate that the developers didn’t hobble the game beyond the point of enjoyment for the sake of their payment model. At least as far as launch versions of their games go, this is probably one of Halfbrick’s strongest.