Semidome made a splash with their artsy debut Last Voyage ($0.99). It was an artsy yet eclectic experience, as its ten chapters ran the gamut of gameplay styles to convey its abstract story. Semidome isn’t done conveying this abstract digital atmosphere in their second title Nightgate ($3.99). It positions itself as a more singular experience, but one that succeeds in creating a fascinating landscape for players to experience for just a little while. 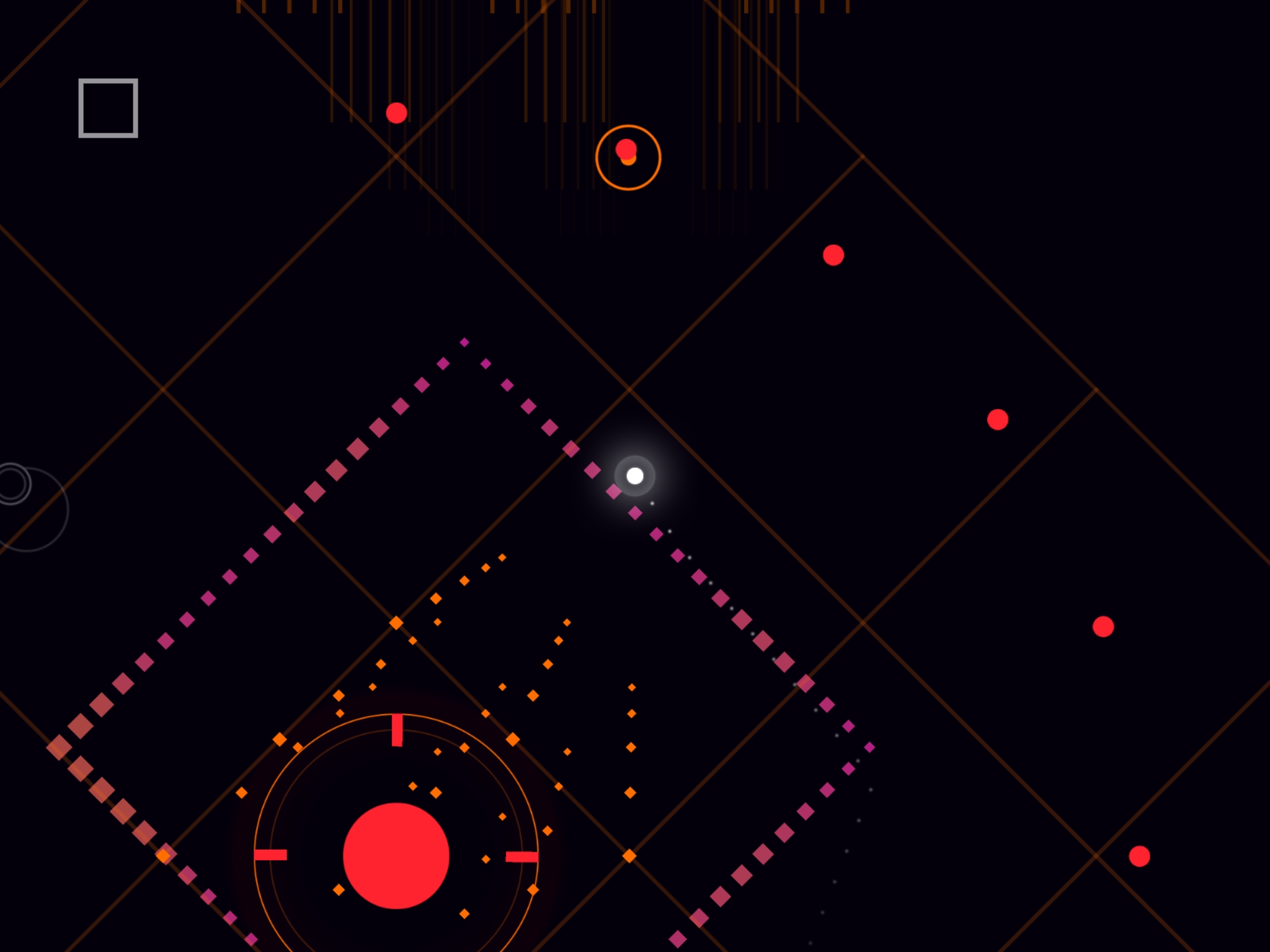 Nightgate gives you a single basic task of having to survive levels full of hazards to progress to the next one, flying around like an arena-survival game. You advance by activating nodes, with different kinds that pop up, like ones that have to be linked without any enemies or hazards contacting the links. There are some different switches that pop up too, but in general, it’s all about the nodes.

That’s not to say the game is monotonous at all – the level design and hazards you have to deal with are varied enough and spread out well. You’ll see some repetition of particular challenges throughout the 50 levels, but they’re spread out well enough that it doesn’t feel annoying, it’s just that you’ll recognize them. The enemies that offer relentless pursuit add a tricky wrinkle. In general, Nightagte is a title that you can complete through perseverance, as there aren’t any excessively difficult timing puzzles or mazes to navigate through. Lesser-skilled players can still have fun with this and complete the game. Nightgate doesn’t overstay its welcome – each gate only takes a few minutes to complete, though with 50 of them, you can sit down with this one for some time, even in a stop and start way as I did. 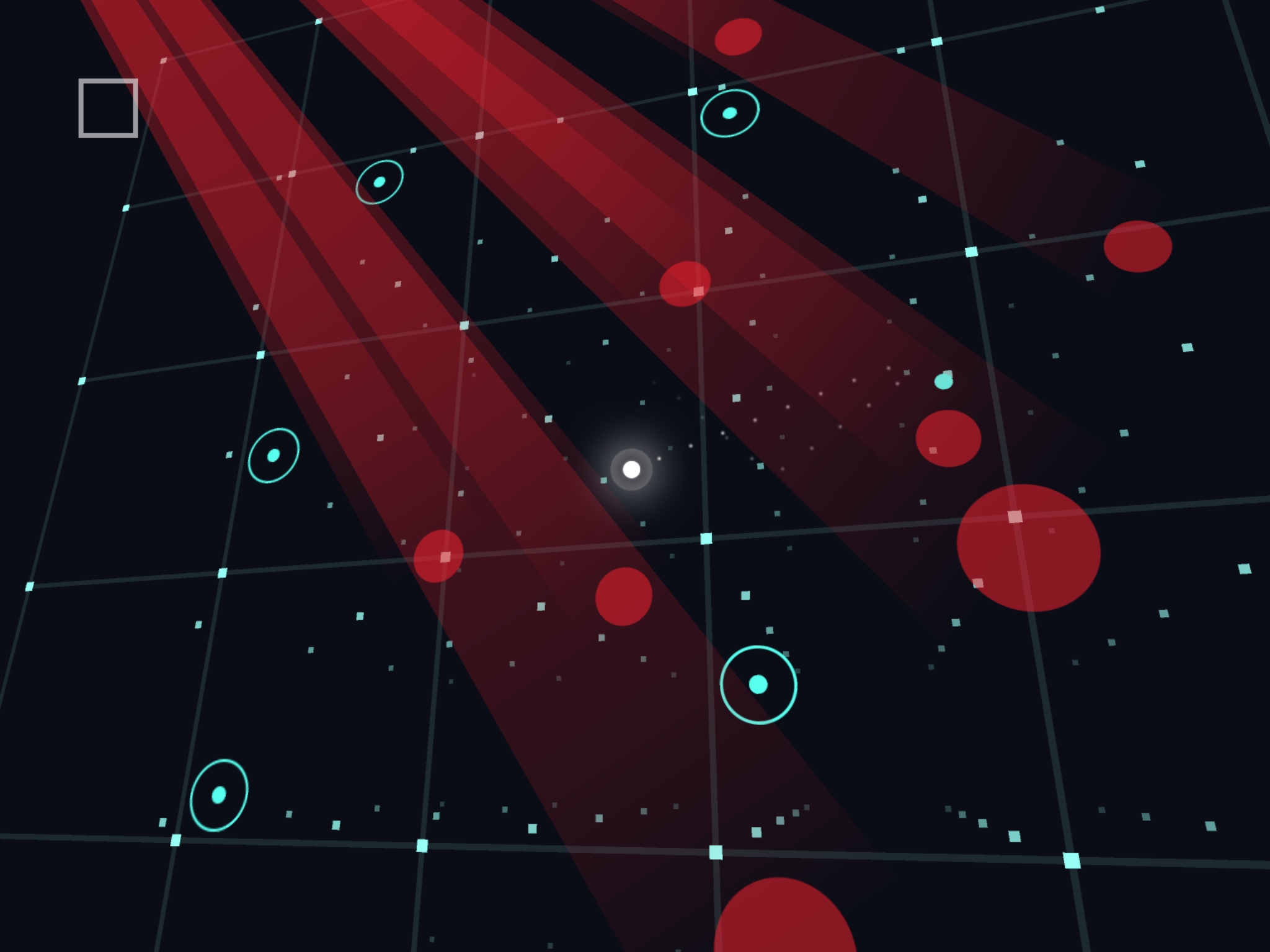 Semidome are certified experts at minimalist style. They know just how to use simple geometry and turn it into something bigger and more expansive. The game is overwhelmingly displayed as simple geometric shapes, just used in complex patterns and arrangements. When something breaks from this abstraction, you know it’s a big deal. While the theme of computer links and nodes means that Nightgate has license to be geometric and vaguely digital, Semidome has still managed to create gorgeous visual experience. Liberal use of parallax effects help to create an environment that feels angled and three-dimensional. This and Last Voyage both were exceptional in their ability to build a world and create an exceptional atmosphere from simple raw material, and the soundtrack is part of that. The music is less specific to various levels and more for creating a general atmosphere, but it still makes this game worthy of wearing headphones.

The game tries to guide players along with a helper spirit of sorts that guides the player to the next objective, but this little helper can be a bit annoying due to its pathfinding. Sometimes, it will lead you straight through danger, or perhaps just taking a route that is far too circuitous. Still, this is a minor complaint, and in general, the game does a great job at providing this feeling that you know where you need to go, that it’s a sense and not just because you’re being guided to that point. 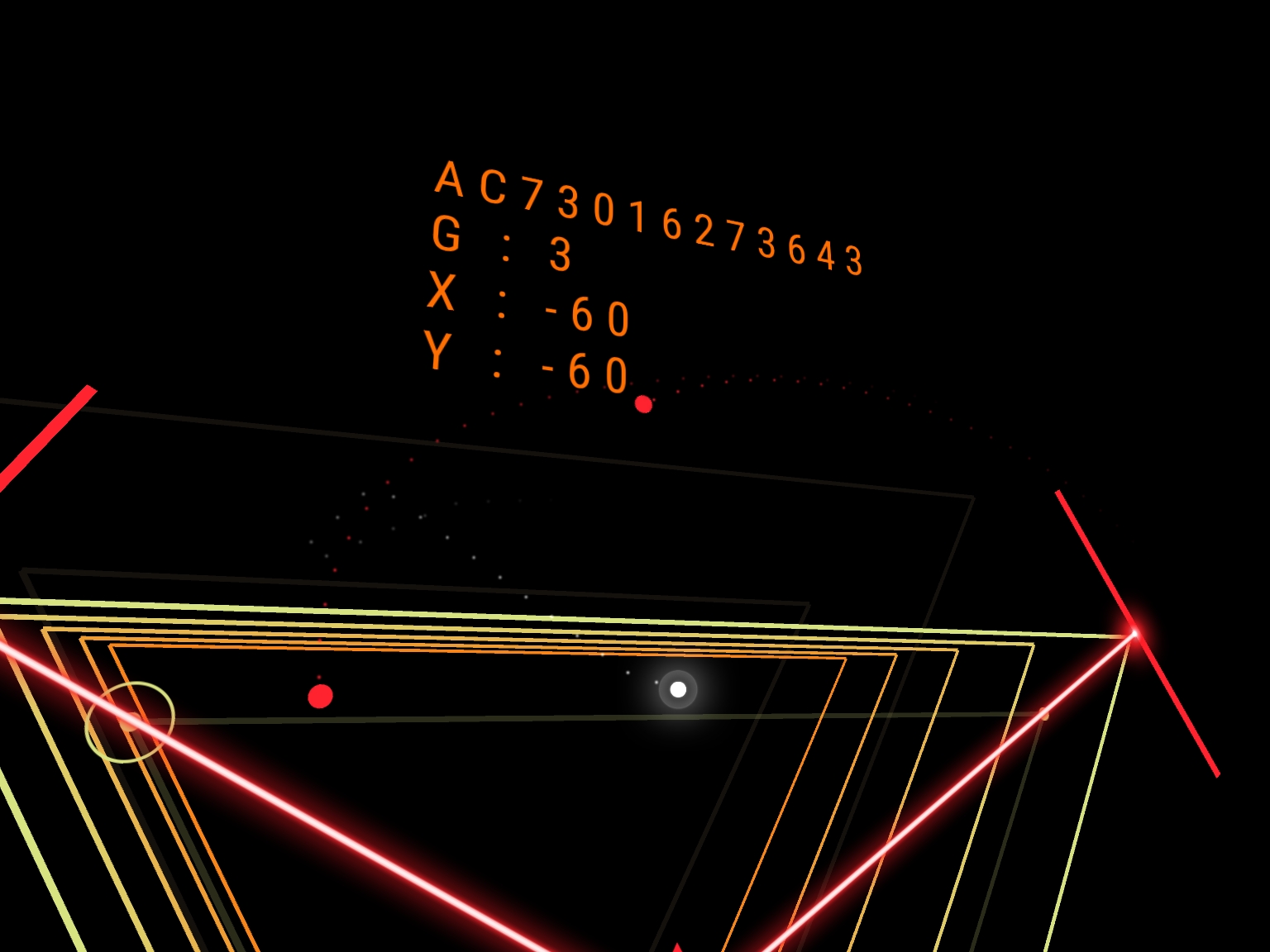 The controls for the game fit well, with the ability to swipe in different directions to move. Your movement is not about smooth tranistions, but about turning that feels like you’re making a sharp cut. The turns are sharp enough that you notice them, but they feel like part of the game’s style. Think of something like Tron light cycles, where you can make sharp turns, and consider that you’re in a computer network, and then it all kind of makes sense. And it makes sense for mobile, where it’s tough to be accurate. So while the movement trades off some smoothness, the gains in thematic appropriateness and accuracy are well worth it. While you have a bit more room to make swipes on the iPad, the game feels pretty good no matter how you play it. If you want something that feels smoother to control, play the Apple TV version with the Siri Remote.

iCloud support is in tow, and I’m proud to say Nightgate works seamlessly between all versions of the game. I’m happy Semidome took care to make the Apple TV version fit in with the iOS versions, including iCloud. I’ve played too many games that I’d want to play on the TV, but was discouraged from doing so because my progress would be locked in to the TV or to mobile. Even Swapperoo ($0.99) which has iCloud support doesn’t have it on the TV version despite being a universal app! I didn’t get into mobile gaming to be locked down to the TV, and I’m glad Semidome made sure that Nightgate is not locked done. 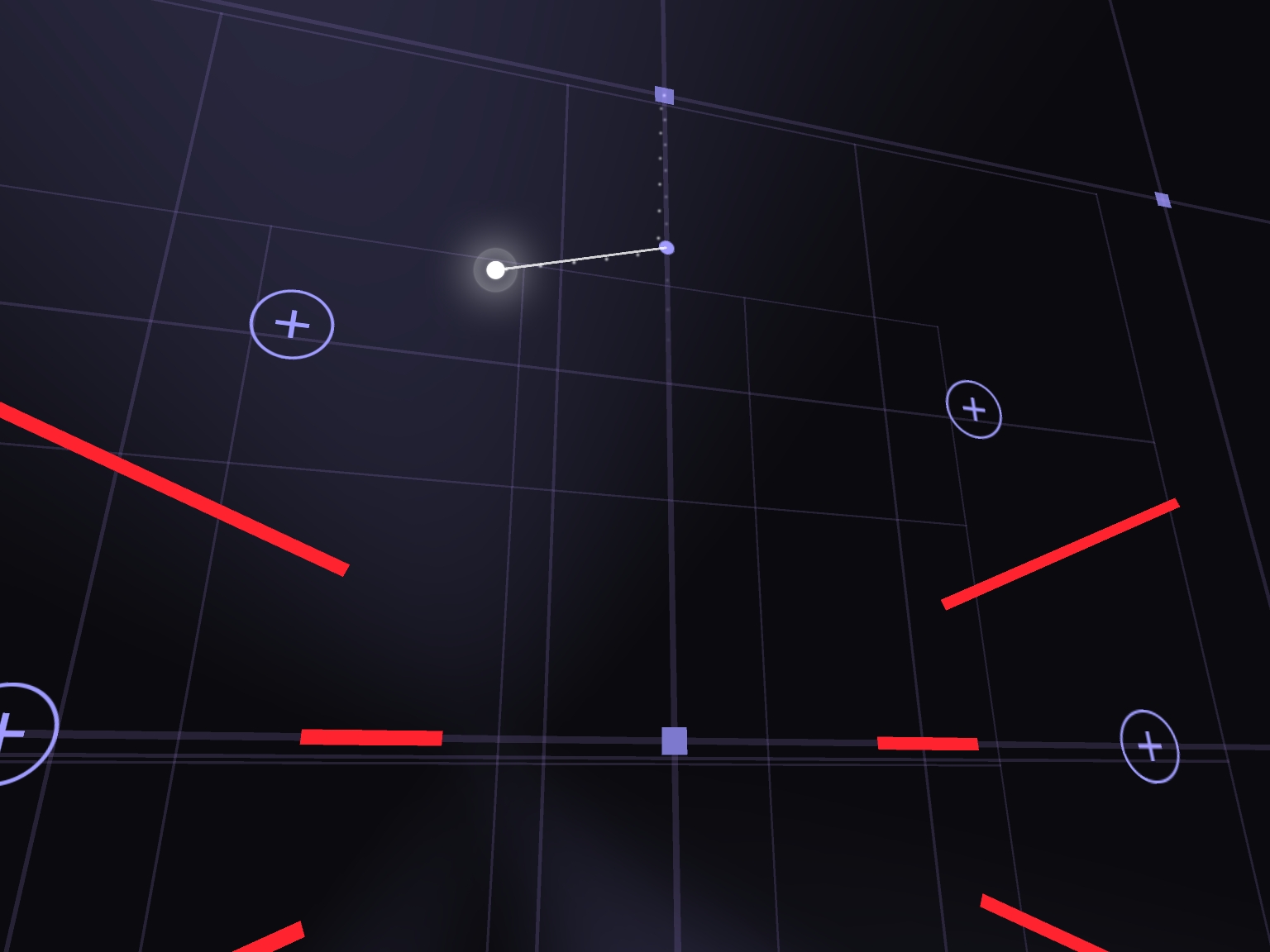 While I’m certainly not asking that Semidome makes a whole new half of this game the way that they did with Last Voyage, it’s easy to think that there are things they could be doing with Nightgate to expand the concept. Levels that are more maze-like, and not just about nodes, could be cool. Even some different game modes, like an endless survival mode, would be interesting to explore. Perhaps non-narrative challenge levels that focus still on node collection, but taken to the game’s extremes. Like, forming chains from dozens and dozens of nodes, that kind of difficult puzzle. I like that Nightgate is mostly an accessible game that can be completed with a bit of perseverance and elbow grease, but I’d love to see the concepts taken to their extremes in some future content, if any is coming.

But regardless if Semidome updates Nightgate, I’m rather curious to see what Semidome has up their sleeves next. With two straight games, they’ve established themselves as excellent purveyors of stylistic, intriguing experiences. And whatever they do, I’m intrigued to play it.