Featherweight Games, Dan Graf, and Yodo1 made one of the best endless-runner-type games of 2016 in Rodeo Stampede (Free), and they’re also doing a swell job at keeping the darn thing updated. And with the latest update to the game comes a new environment that, frankly, I’m surprised wasn’t added in the game early on: The Outback! I say that because the developers have significant ties to Australia, but no matter: now the game has fire hazards to avoid, dropbears to worry about, and a total of 49 new animals to ride and collect. 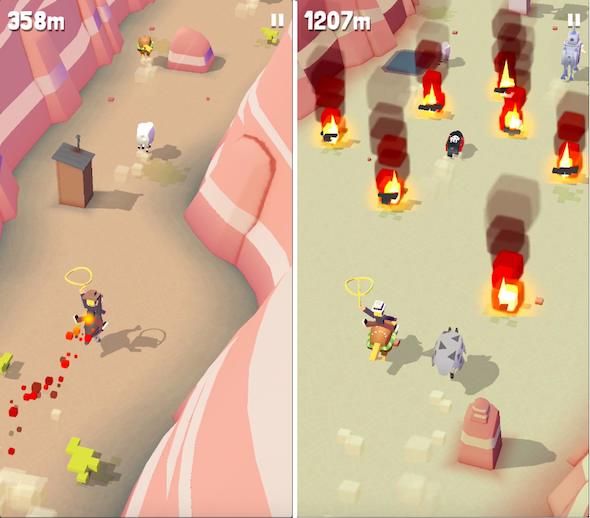 This isn’t the only cool update – a crossover with Time Locker (Free) happened recently too, with each game getting characters from the other. The iOS version of Rodeo Stampede has the update now, with the Android version set to receiver the update in the near future.