Just like clockwork, the folks over at Super Evil Megacorp have unveiled their latest update to the mobile MOBA, Vainglory  (Free). Version 1.23 sees the debut of the ranged hero Gwen, as well as a pretty cool Autumn Map skin as well as some small, but welcomed gameplay additions.

Equipped with a large boomstick, Gwen is a pretty cool ranged hero with some interesting abilities. Her heroic perk, the aptly titled Boomstick, provides a damage boost to her basic attack if she hasn’t attacked in a few seconds. Her actual abilities include a cone attack and a debuff eliminator while her ultimate causes line damage and stuns the first hero it comes into contact with. Her lore is actually pretty cool too (as are most of the Vainglory characters) and told in comic book format.

Other changes include the aforementioned map skin, which is Halloween themed (and pretty cool, in my opinion) as well as some pretty interesting UI improvements. For example, turrets now have a laser sight that lets players know who they are targeting. In addition, team/guild persistent chat is now available worldwide and party invites are much more detailed. There are also quite a few new skins (as well as the return of variations of older limited edition ones). Finally, there are the requisite hero and item changes for balancing purposes. 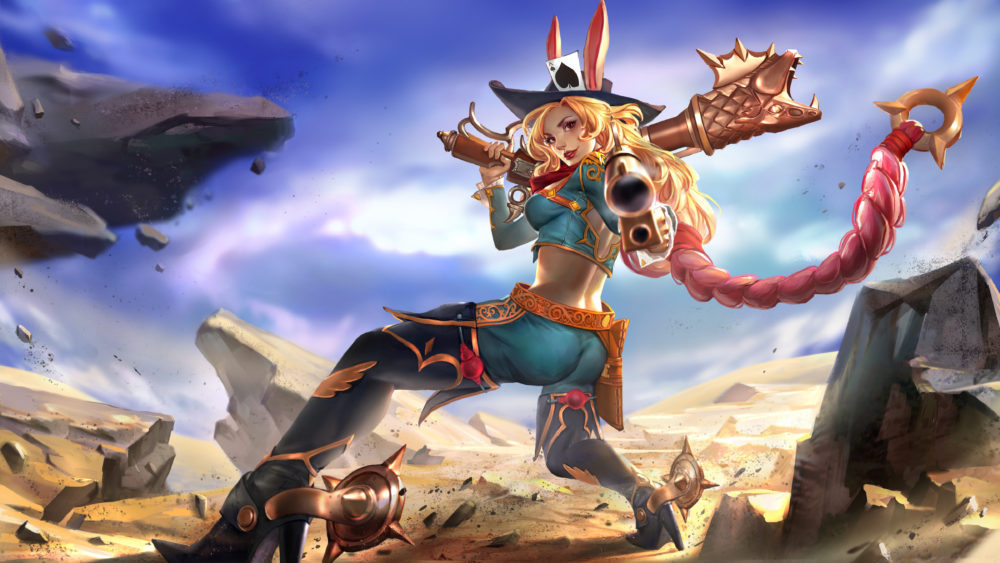 As usual, Gwen will be restricted to ICE purchases until next week, when she’ll be able to be unlocked for Glory. Otherwise, check out the full release notes here.