Rush Rally 2 ($0.99) is a mainstay on my iPhone, as despite coming from a small development team from the UK, it managed to be an incredibly immersive, balanced, and most of all fun racing game, which has been a rarity on the App Store of late. While the game was critically acclaimed in our review back in June, this hasn’t stopped developer Brownmonster from enhancing the racing simulator with further additions since release. However, in comparison to the 1.06 update that launched today, previous additions seem relatively superfluous, as multiplayer support through Game Center, an online ranking system and a whole host of both major additions and minor tweaks cement Rush Rally 2‘s peerless position as the best rally racing game on iOS to date. 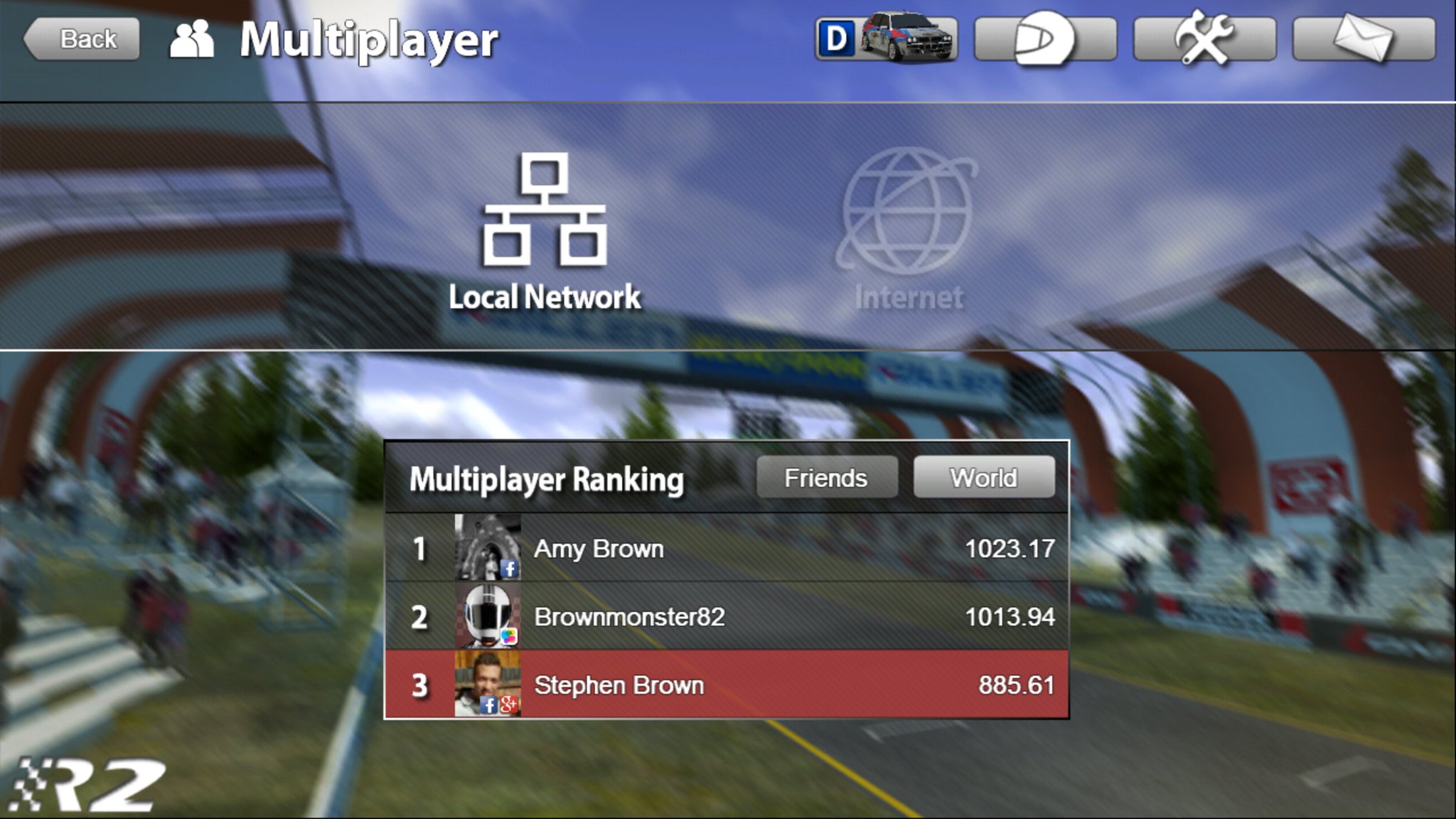 In this primarily multiplayer-focused update, full online support through Game Center (even including voice chat) has been added, as well as the option for cross-platform multiplayer support over a LAN connection. In addition to the aforementioned world ranking system which will let you fight it out with out players for the coveted #1 position, there have also been tweaks to the AI balance to make it fairer, improved tilt control, and even automatic acceleration as an option. A lot of these additions have been ones that I noted on our forums a while ago, and so it’s great to see Brownmaster get involved with the community, listen to fan feedback and most of all implement such comments. With anti-aliasing and native resolution support on the way in the coming weeks, there isn’t a better time to pick up Rush Rally 2.