Surprise! Batman – The Telltale Series (Free) has been updated with episode 2 on the middle of a random Saturday on October 8th. “Children of Arkham" will have you discovering more about the Wayne family’s legacy and the secrets it holds to Bruce Wayne, while he continues to fight crime in Gotham. A recent bug fix update might have been to actually get this episode ready for iOS players, with it now being available without any advance notice. 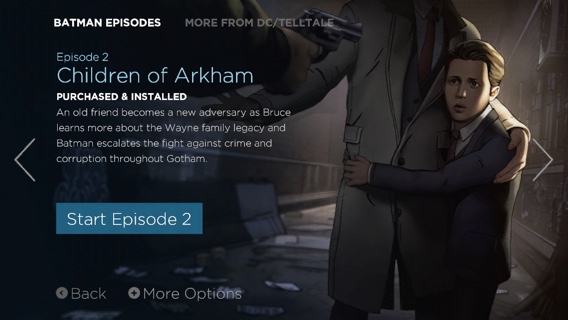 Telltale fell a bit behind with the iOS version of Batman compared to the console and PC versions, but with this release, they’ve just reached parity with other versions of the game. Though, the Android version still hasn’t been released, so people on the Google side of things will have to wait a bit longer. Hopefully Episode 3 will launch alongside the other versions of the game, though Telltale releasing this before Episode 3 is a good sign.