About a year ago I had a sad realization that mobile MMO isn’t really a living genre. For better or worse, mobile game development is most effective when creating innovative and elegant gameplay on a flat, straight forward canvas. Unfortunately not much of that is what you expect to see in an mmo. It should come as no surprise that one of the first jolts of life being thrust into the rotting carcass of the genre is about as close to a straight PC port as you could get. Dofus Touch (Free) is out now for iPhone and iPad and outside of some of the most recent updates this game is a carbon copy of the PC version.

Depending on you general disposition, that last sentence could have been the lamest or coolest one you’ve read in a long time. Mmos are very polarizing in nature and Dofus is no exception so let’s get some things out of the way. I am going to earnestly ask some questions and if you answer yes to any of them, you may experience annoyance or frustration playing Dofus. Do you enjoy quest driven gameplay? Do you enjoy non-repetitive gameplay? Do leveling grinds make you uneasy? Do you find animated sexualization out of place in 2016? (Yeah, I have to say yes to this one, more on this later.)

Created by French developer Ankama, Dofus is a game that has more in common with eastern grind MMOs than western games that focus on quests and an easily reached end game/max level. The gameplay is very similar to Final Fantasy Tactics Advanced where you have special rules in each combat on top of normal play that grant a bonus to loot and xp if followed. Each individual NPC and player takes turns using movement and ability points to attack, heal, buff, debuff and position themselves to survive and dominate their opponents. There are dungeons, many flavors of PVP, puzzle maps and normal PVE style encounters you can come across. 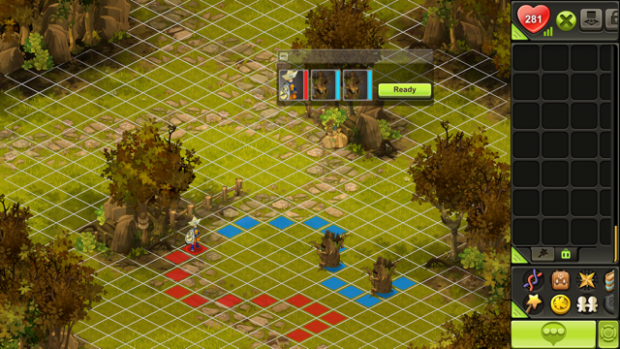 Now if you are a real MMO fan, you’re probably about to hit me with a “well actually, …." And yes, I know the Order and Chaos (Free) franchise exists. While those games offer a mobile mmo experience, the in game purchases are quite aggressively pushed onto a player. Combine that with a supremely restrictive inventory system and for me the expectation of a full scale MMO is not really met. You might also mention Nexon’s Pocket Maple Story’s (Free) but I have yet to get it to install properly and it was a pretty thin game to begin with even on PC. No, I think the gaping void of a completely realized mobile MMO still exists and Dofus might just be the game that can bring substance and vibrancy into the darkness.

The game is a full feature MMO with crafting, guilds, factions, an economy, skill points, stat points and a chat and emote system. The game is free and there IS premium currency, but it is not necessary to buy any if you just want to adventure out and start playing the game. There is no system that encourages players to make real money purchases outside of occasional sales and there are no mid-game ads that pop up like in Order and Chaos. Combat can involve up to 8 players on each side and access to the best loot in the game is unlocked when grouped with larger parties.

One major drawback that I have seen, and really my only quibble with the way Dofus was ported is that the game right now is a massive power hog. Hopefully this will be addressed in future updates, but right now I can plug my iPhone into a usb charger and Dofus can still drain the battery in a matter of hours. Despite powering issues, Dofus looks really beautiful and has great animations. You will want to play on an iPad whenever possible to see all the little details that are just a bit too small even on my 6+. To go back to the previously mentioned sexualization, toggling the character creator to female gender for most classes is a bit of a shock in an otherwise clean and family friendly looking game. Now, will I tell my 8 year old daughter this game is off limits? No, but it does require a conversation that I know a lot of people don’t want to have or are not yet ready for. This potentially large issue aside, the game looks amazingly colorful and bright. 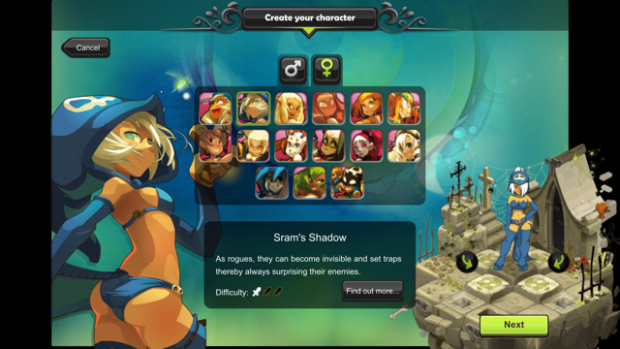 You can choose from a large number of classes, but some perform much better in group play and suffer from poor solo ability. You can always hit up the aging yet still mostly accurate Dofus forums or our own forum thread for character build advice. My recommendation is to have at least one character that is strong at soloing and my preference has recently been the main pet class, Osamodas. There are the typical archetypes you would see in any RPG like the tanky Sacrier and Pandawa, and the support based Eniripsa and Osamodas but they all have distinct gameplay and utility that is rewarding when used properly.

Your combat ability grows like in most RPGs by leveling up, gaining new skills and increasing ranks of old ones. Another way that you get stronger is by acquiring methods of increasing your movement and ability points you get each round. Some support classes can grant these bonuses and there are some rare equipment pieces that do so as well. Each class has certain break points that represent huge power spikes that are very satisfying once they are achieved. The turn based gameplay Dofus offers is fantastic, if not a little formulaic once you step outside the mmo realm. 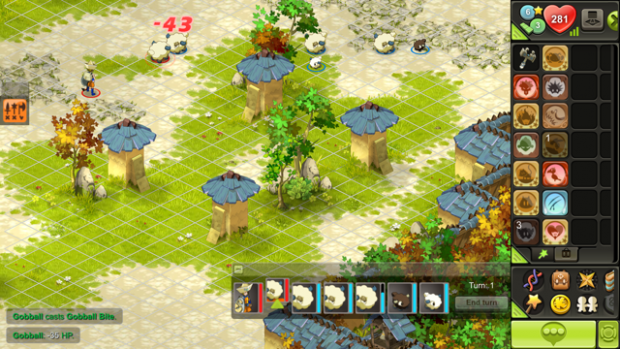 Currently Dofus Touch is caught up to updates from 2013 and it sounds like they are going to continue to release more as time goes on. What seems most promising about these updates is that the game has been alive and thriving long after the big PC MMO crash when many, including Dofus, went at least partially FTP. Aside from server upkeep and data preservation, proper mmo development also requires content updates and usually a full time moderation staff. All of this has been a part of the game and demonstrates a stabile FTP environment that will hopefully continue to be subtle. While you can directly convert purchased currency into the in-game currency, Kamas, there are no huge adds or severely limited inventory systems that require a purchase in order to play normally.

Is Dofus perfect? No it has its flaws and faults, but I don’t think it is possible to overstate the significance of a mainstream MMO making a direct port to iOS. I played the PC version for quite a while on and off over the years and I was thrilled when rumors first started months ago about a port. Now that it is finally here, I would be doing you a massive disservice by not whole heartedly recommending Dofus Touch.