When I woke up this morning, I was greeted with an extremely unusual – for an early October day in London, at least – beautiful sunny day. Does this mean I’m going to go outside and enjoy this surprisingly positive turn of fortune in regards to the weather? Of course not, because it’s not any old Monday – it’s Bullet Hell Monday. Fittingly, Masayuki Ito, the developer of shoot-em-up App Store classic .Decluster Zero – Bullet Nocturne ($4.99), has today released his newest game Bullet Hell Monday (Free) which, while a major graphical step away from his past titles, looks to possess the same exhilarating shooter action which resulted in .Decluster Zero receiving a well deserved five star rating in our review last year. 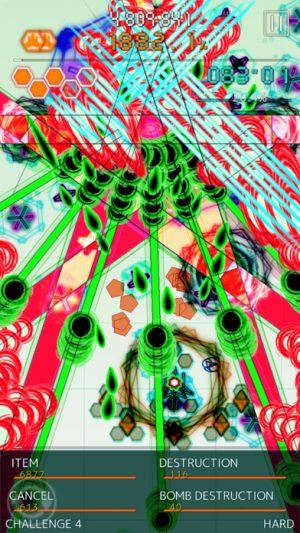 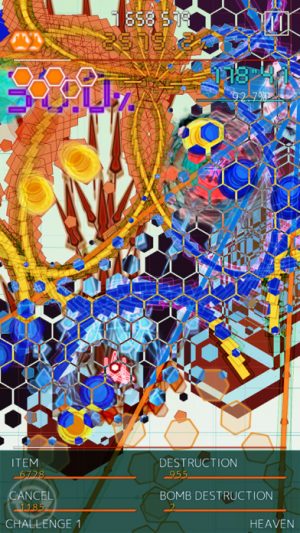 While the parallels between Ito’s games are relatively evident, it’s the differences – some of which we pointed out in our first reveal of the title – that make Bullet Hell Monday a particularly intriguing release on the App Store. Firstly, while .Decluster Zero stuck to a style reminiscent of the Geometry Wars series, Bullet Hell Mondays is a far more busy and colorful affair, which adds an element of chaos and frenzy that will satiate any fans of the genre looking for an even more intense entry. Furthermore, Bullet Hell Mondays is free to play, with in app purchases for certain upgrades, and the ability to watch advertisements to earn more experience to level up. While such changes lead to skepticism amongst fans who preferred the pay once system of Ito’s previous titles, reports on our forums have suggested that the IAP options available are not intrusive, and should only allow a wider audience of veterans and shoot-em-up beginners alike to appreciate the chaotic beauty of Bullet Hell Monday.

With over fifty stages, six different ships, and a whole host of upgrade options and missions to complete, Bullet Hell Monday certainly isn’t lacking in content, and its focus on high score competition will only extend the longevity of the game – assuming you’re able to complete it in the first place. While we’ll have a review up very soon, first impressions have suggested that Ito’s latest release stands up there with App Store essentials such as the aforementioned .Decluster Zero – Bullet Nocturne, as well as other titles like Phoenix 2 (Free), so if you’re looking for a bullet hell game to improve your Monday, well, Bullet Hell Monday may well be that game.