Did you play Day of the Tentacle ($4.99) and think “I like how this game makes me feel stupid, but would like it better if it was a platformer?" Well, that’s Donut Games’ Vulture Island ($2.99) in a nutshell. It sends you on the quests of a LucasArts point-and-click adventure game, but with 2D platforming. You will use items in weird ways on other items, trying to solve puzzles that will make you curse yourself and slap your forehead over how obvious the solution seems after the fact. It’s all that fun, but as a platforming game, a clever combination that’s made for another winner from Donut Games. 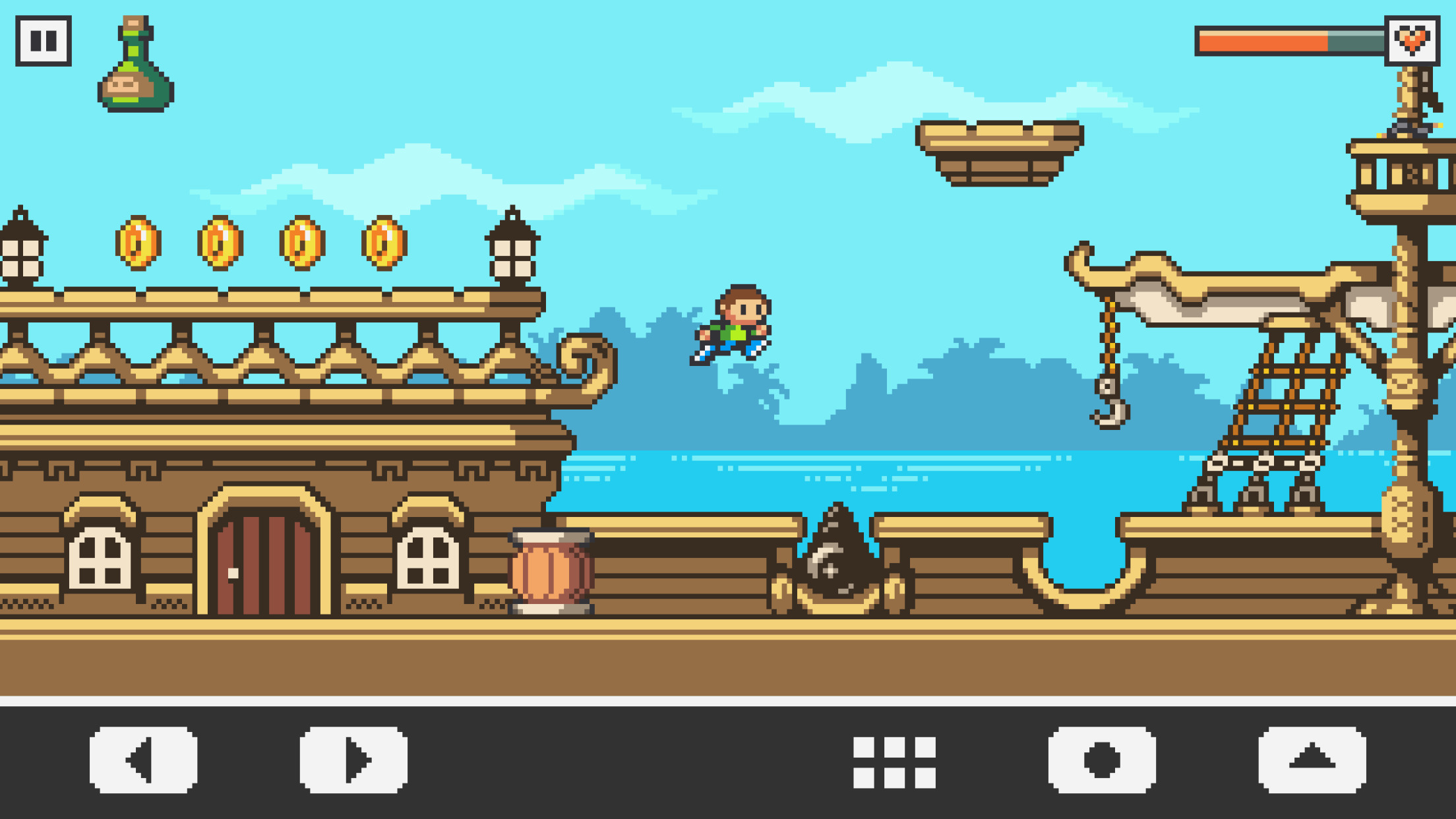 Day of the Tentacle is a particular comparison here not just because of the bewildering nature of the game’s puzzles, but specifically because of the three-character nature of the game. The story puts you in charge of three different characters stuck in different places after their airship crashes, with the pilot stuck in a tree somewhere. So, starting off with nothing, each character needs to find a weapon and get the items necessary to get off of the island once they regroup and find their pilot.

The game has a non-linear nature because each character is independent of one another – there’s no crossover of items. While this takes away some of the complexity of the game, and there are moments where it feels like an item could be of use elsewhere, but no. All the solutions can be had within each character’s own set of levels. This means that if you get stuck with a character, you know there’s always something you can do. Well, until you complete all the objectives, but there’s no definite indicator of that until you talk to a certain character and figure out what you have to collect between the three characters. 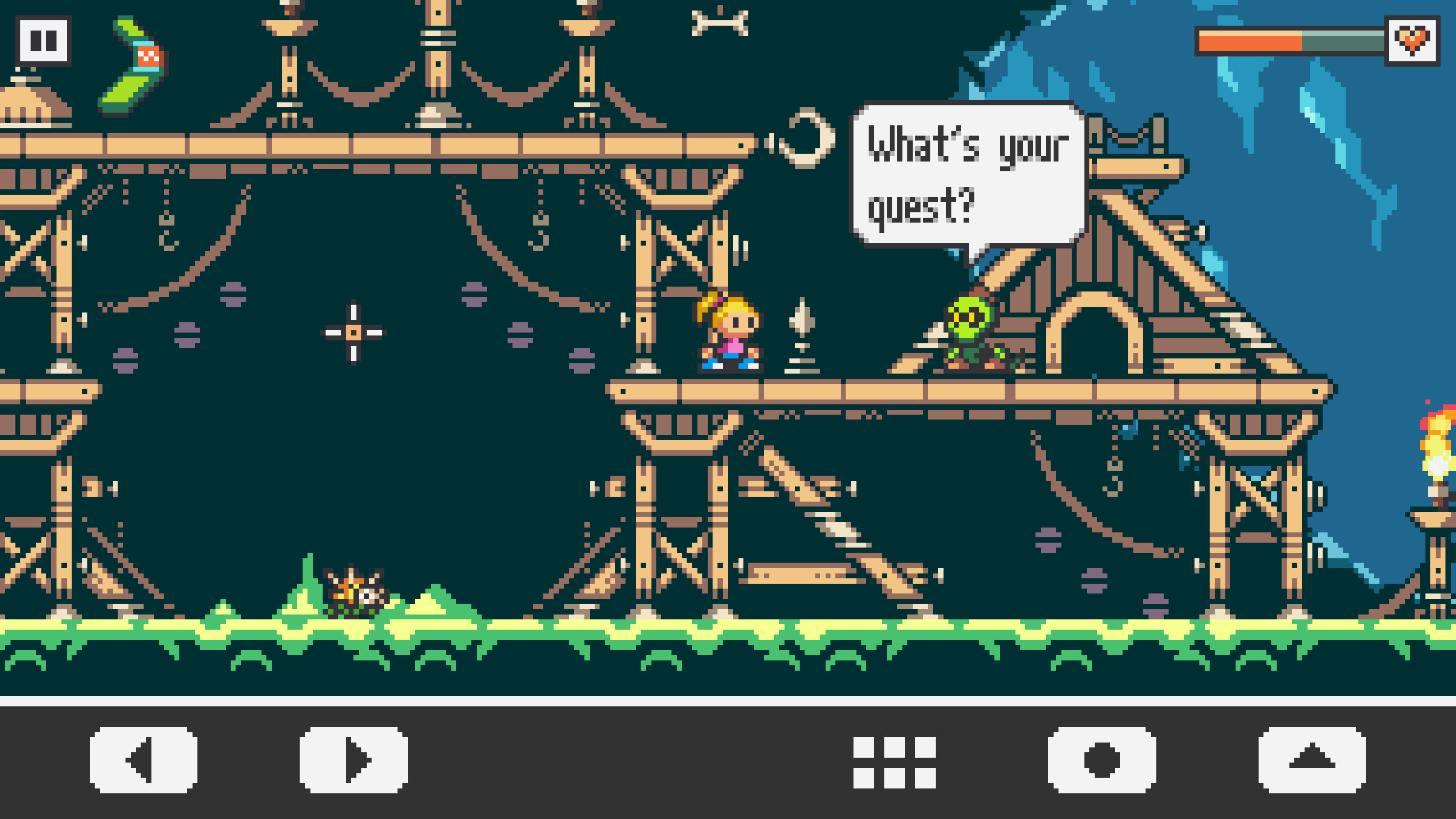 Vulture Island is the kind of game where it will make you frustrated over not solving puzzles, then you will mutter profanities to yourself over how stupid you are that you weren’t able to figure out the solution before. It all makes so much sense now! You need some items to advance at certain points, but interestingly enough, the game never changes the dynamics of its platforming, so you don’t have to worry about double jumps or anything like that, the platforming is all about your skill. Though I would say that while there are a few tricky platforming sections, I would still recommend this game to people who like point-and-click adventures, because backtracking and puzzle solving is the name of the game here.

The nature of the platforming in Vulture Island means that backtracking is a bit annoying because you have to physically travel from area to area. But, there’s something a bit more satisfying about using one item with another when you’re actually using the items, as opposed to just interacting through a menu. Some of the interactions are kind of weird – bug spray probably doesn’t do what it does in this game – but that’s point-and-click adventure games for you, and Vulture Island is one in practice. Don’t be afraid to experiment, and do go back to every level, because you’ll have to do so many times. There are some red herrings in the game, so don’t think every possible interactive element is a potential solution. 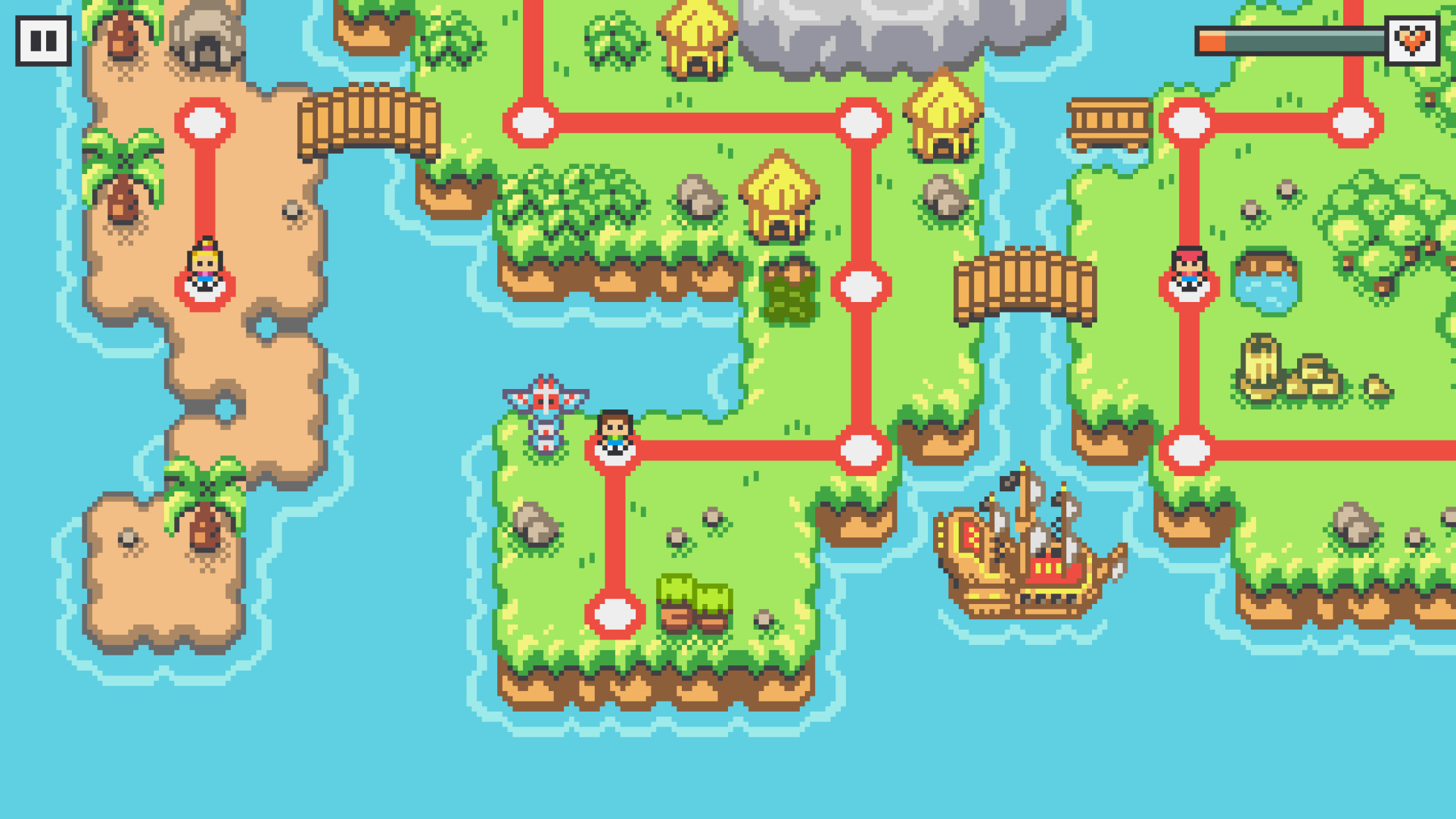 The game also winds up being not strictly linear – you can play through any character in any order. There’s even a bit of wiggle room as to what you accomplish with the characters at what time, but if you want to switch form one to another, you can do so. Say, if you get stuck and need to take your mind off of things. It helps out a lot. Each character is kind of imbalanced, though. One character sets up the entire escape plot. Another has a lengthy quest, but it’s all to get one item. Stella has two levels to play and so her portion of the game feels rather undercooked. Between some of the dangling threads, it feels like there was the potential for more puzzles to be had here? 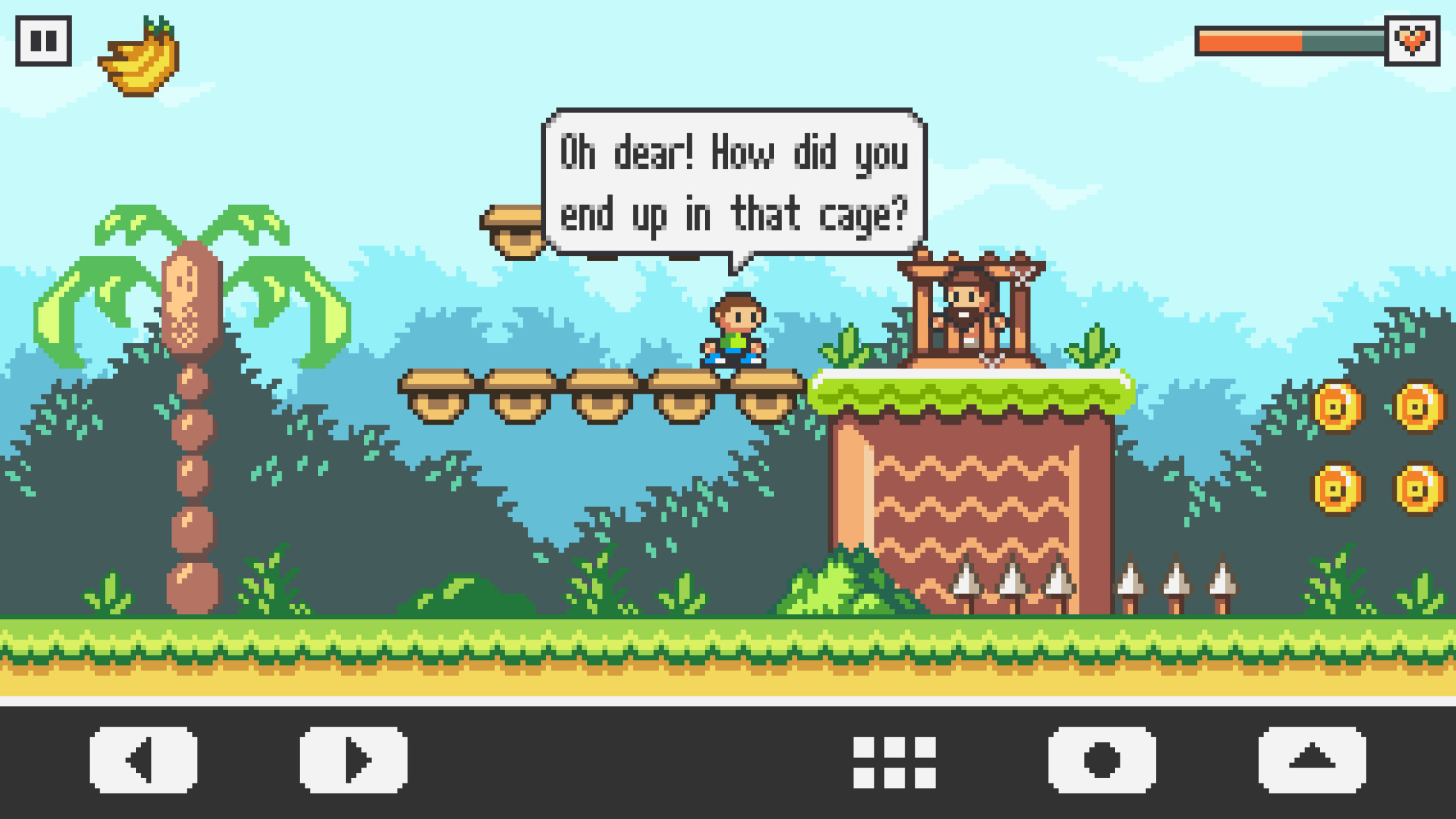 The combat in Vulture Island feels a bit odd as you try to use several different weapons. One character has a boomerang, another gets a slingshot, another gets a hammer that can hit enemies with the debris from ground strikes. The hammer’s my favorite. Other items come into play that have specific uses, but each character only has their one offensive ability that they have to find before their segment kicks into high gear. Platforming when you have to jump off of enemies can be tricky because if you’re not right on top of them, you take damage, and it’s quite possible to be bouncing in the air with zero health before you touch the ground and you die. As a pure platformer, it’s kind of clunky, but the appeal here is the adventure and puzzle-solving.

The end-game of Vulture Island is a bit lacking. You track your progress via a percentage meter, but once you’re done with the game, that’s it, you get the ending and it’s over. You restart from the beginning, and that’s it. If there are secrets you missed, you better have made sure you got them on the first time. Like, I wasn’t sure if some of those red herrings weren’t actually things that were optional to solve. Also, you may have to do a lot of coin grinding at the end as one character needs 500 coins for no particular reason. You have to find several key items, so this is just a tedious slog to go through before the end of the game, just because. The touchscreen controls work fine, though I wish the touch-safe areas were a bit larger on-screen, though you do have a few options for spacing and layout. And, MFi controllers are supported.

While there’s a lot that’s odd about Vulture Island, I really like the game here. The puzzles are fetch quest type stuff, but their uses are just devious enough that they will make you feel stupid for not figuring it out sooner. And the whole game’s clunkiness just kind of gives the game a particular character to it. The characters walk around like they’re in contention for Pimp of the Year at the Players Ball. The dialogue has a certain style to it that’s unique, possibly due to Donut Games being Swedish. It’s not a bad thing at all, it just has a particular flavor to it that’s different from other games’ writing. And the whole structure of putting a tricky point-and-click adventure game into a platform game wrapper is ingenious. If you’re a fan of point-and-clicks, you should branch out and try this out. If you want a platformer that will make you think, give this a shot.