When I first played Exploding Kittens on mobile, I was quite happy with the way the physical had turned digital; the subtle additions of animation and sounds here and there really helped bring the game to life, making it even more fun to play than the original. Sushi Go! ($4.99) has followed a similar path in its journey from card to digital with the developer keeping the game’s original card art but adding subtle animations that help make the game quite charming and make it feel more like a digital game than a straight port of a card game. Sushi Go! isn’t perfect – there’s limited interaction with other players (no emotes or anything like that), which detracts from the social aspect of a card game, and the iPad UI doesn’t take advantage of the screen as well as it could. Despite these issues, Sushi Go! is a fun, quick card game that might also put a smile on your face every time you play it. 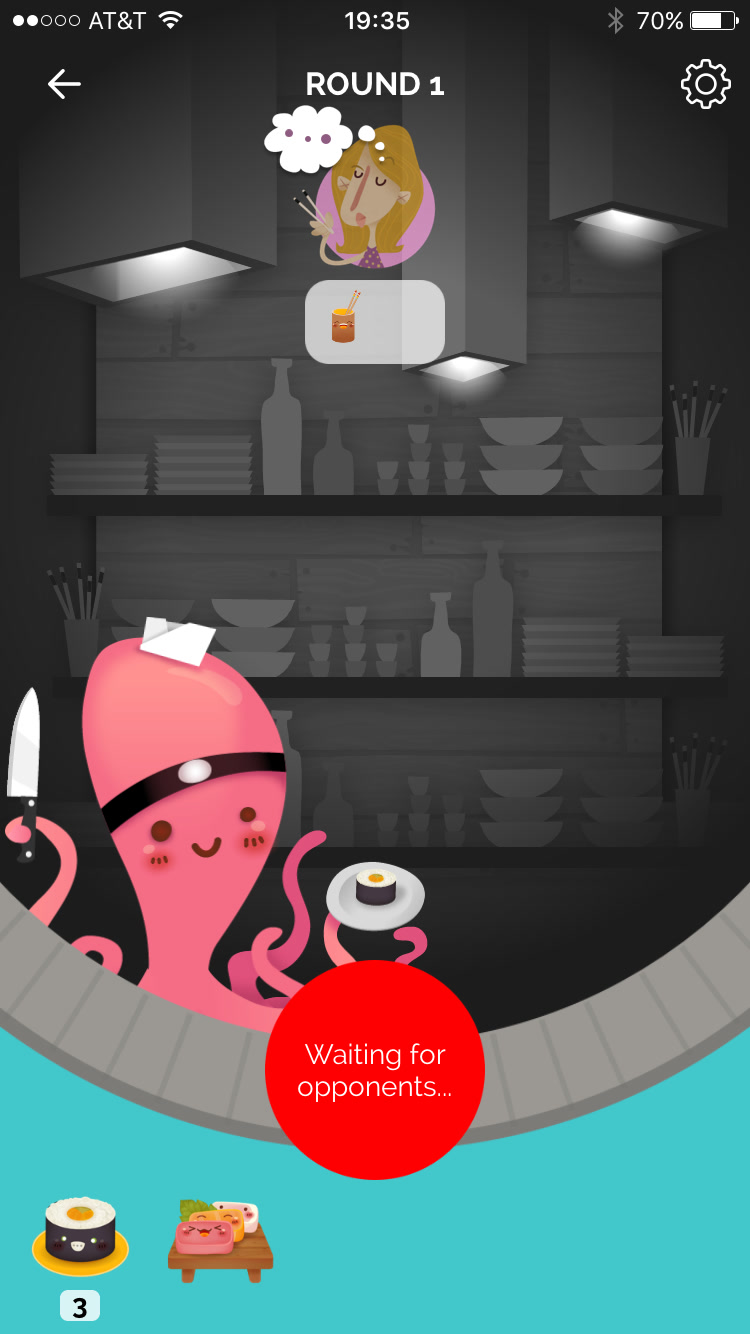 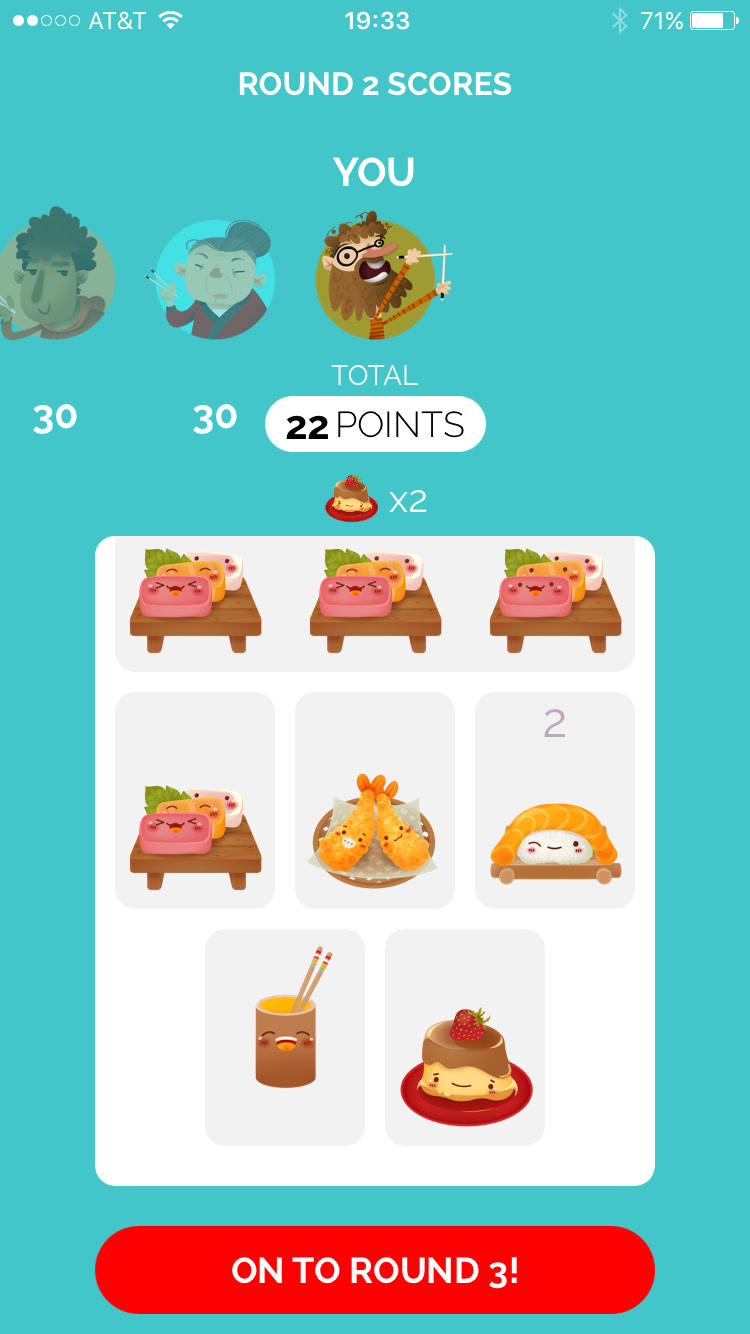 Sushi Go!‘s rules are pretty simple, which help make the game very accessible for younger players, too. Each round, you get to pick one kind of sushi from the (very tactile) conveyor belt in front of you. All players pick simultaneously and then reveal their picks, so you won’t know what the rest got until everyone has picked. Then the sushi keeps going around until all is picked, and that’s the end of the round. At the end of every round, players tally their points, and at the end of the third round (which marks the end of the game) the player with the most points wins. What makes it fun is that different types of sushi score points in different ways; some will score a point, others need to be in pairs or in threes to score points, and others are only counted at the very end of the game. So, as you can imagine, there’s a lot of strategy in Sushi Go!.

The game does a good job explaining the rules both in an interactive – and entertaining – tutorial and with a full rule book included in the game. Although the tutorial doesn’t go too much into advanced strategies, it helps you figure out the ways you can earn points while trying to stop your opponents from doing the same. After the short tutorial, you are ready to play either with the AI or online against others. I like that all it takes once the game loads is a couple of taps and I am off and playing; nothing kills my mood to play a game on my phone more than having to jump through numerous menus just to then play for a couple of minutes. 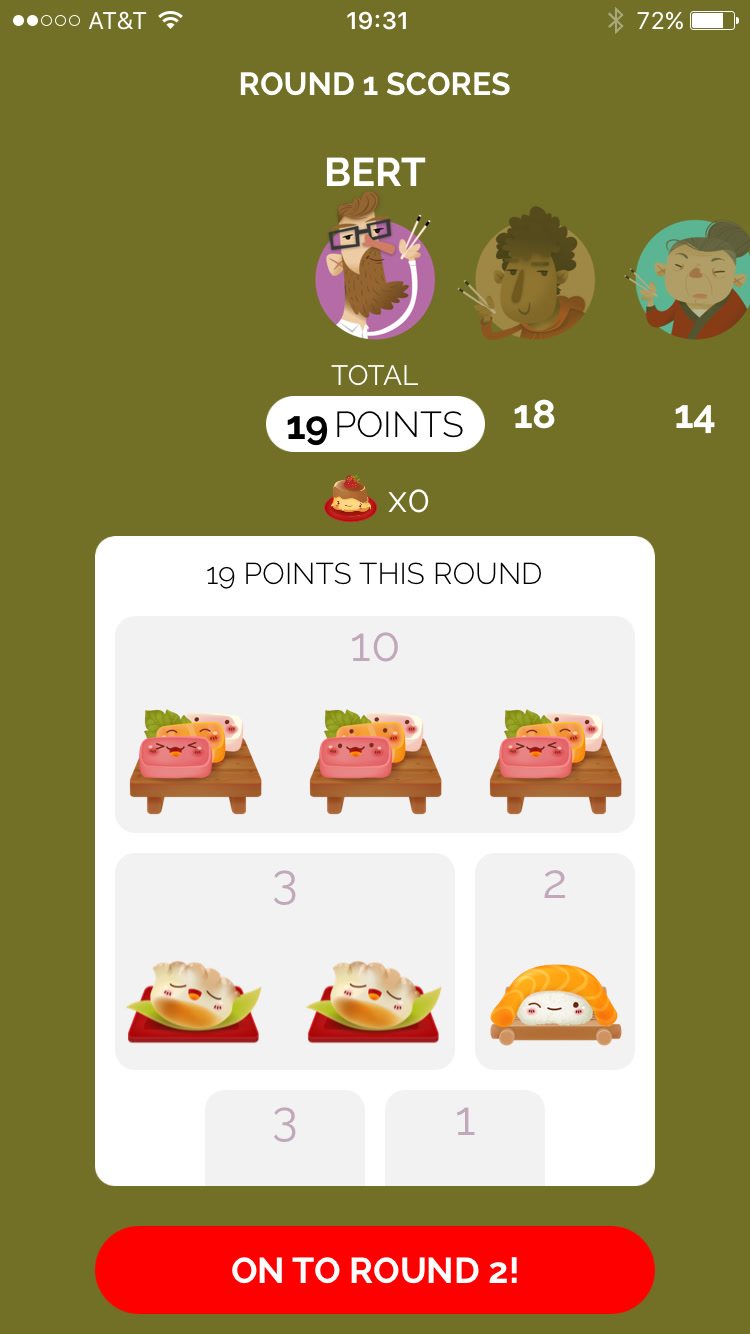 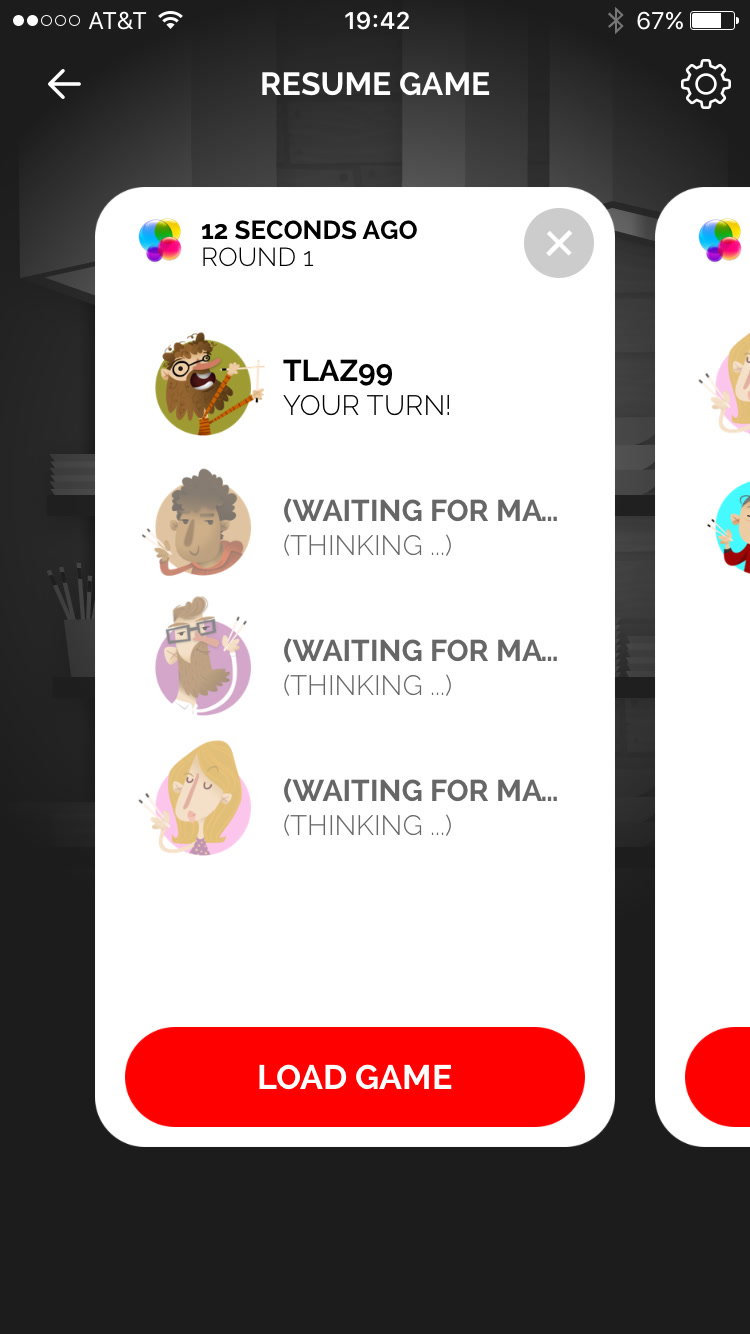 The best thing about the game is the art. While, as I said at the start of this review, most of the credit for the art goes to the artists behind the physical version, the fact remains that the game looks lovely, full of vibrant colors, whimsy characters, and very cute sushi cards. If you have young ones, I think they’ll enjoy the look of the game. The subtle animations – for instance sushi pieces blink and hop off the plate – make the whole thing very pleasant. The backdrop to the game is a what a sushi bar looks like after the lights go out, but I would have liked more variety there, even though the colors vs grey tones juxtaposition works well in making the necessary information pop.

The UI, though, has a few missed opportunities and a few choices that add taps that could have been avoided. First, the good parts. The way the screen is set up means I could play the game one handed, which is good. You can pick sushi either by tapping and selecting or dragging, and your opponents’ sushi choices are always visible, which is a necessity since you need to be keeping an eye on them at all times. On an iPad, though, your opponents’ sushi selections are pretty much the same size as the iPhone, which results in plenty of squinting. Yes, you can tap on an opponent and see his/her sushi in detail, but that’s an extra tap that could have been avoided. 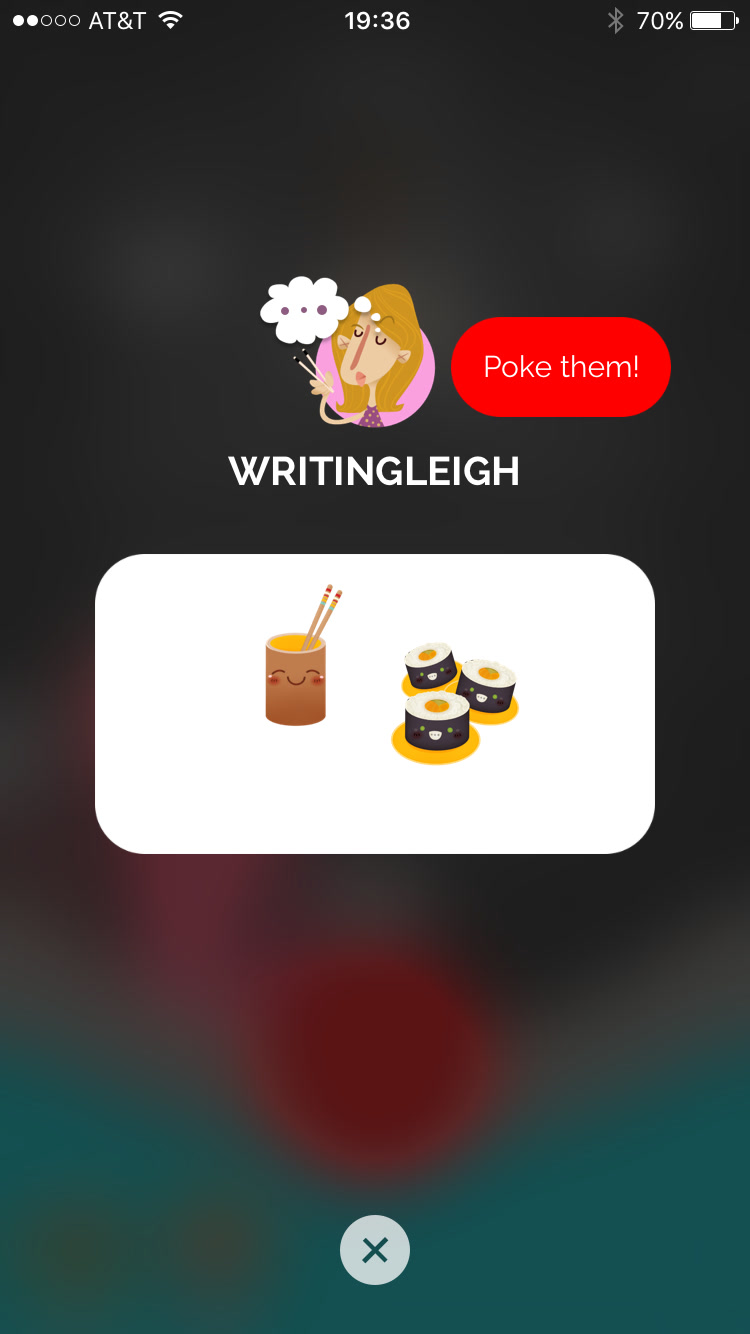 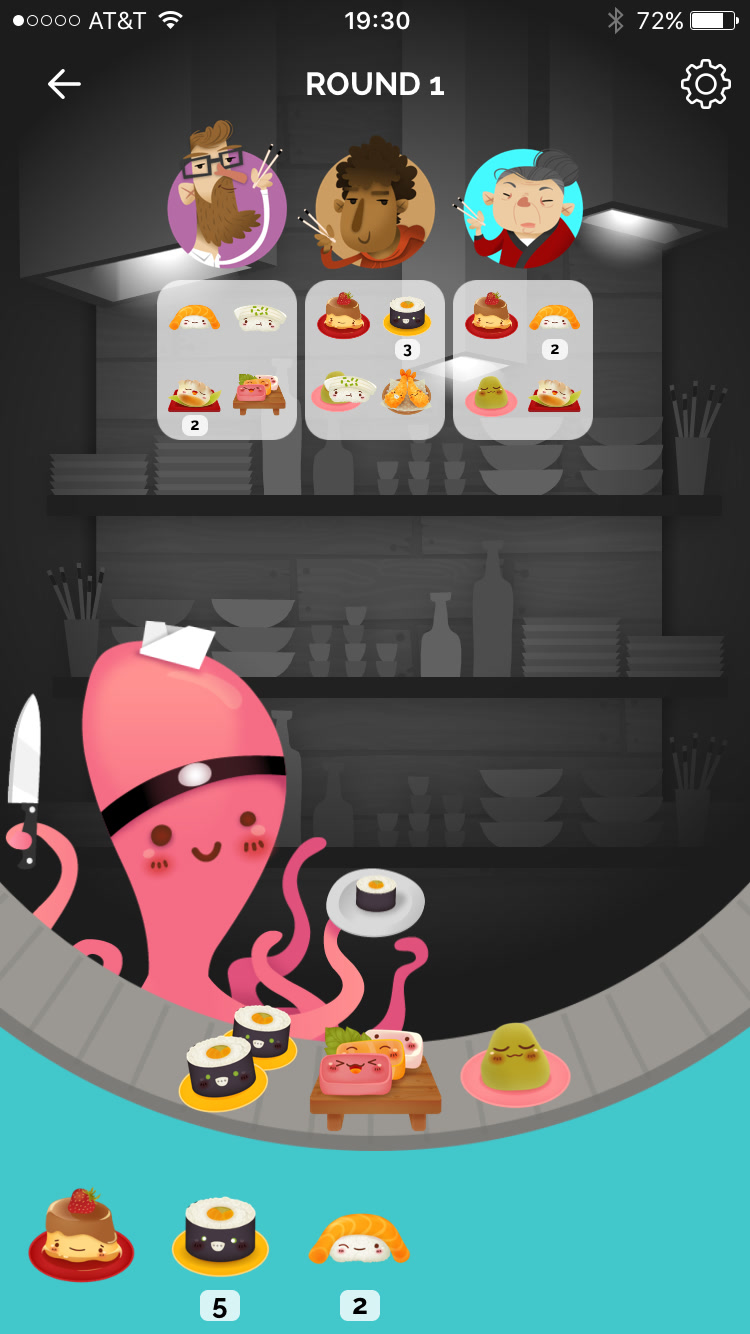 The iPad, though, has the advantage of letting you see more of your sushi without having to scroll, unlike the iPhone’s screen that hides some of your sushi if you have too many different types. And I wish I could see details about each sushi type without having to tap on the sushi piece and then tap on a tiny X at the bottom of the screen to return to the game. Still, the game looks great and plays well, despite those annoyances and the tiny sushi pieces on the iPad. The music is fun too, appropriate for such a cute game and not too repetitive.

The online asynchronous part of the game works pretty well, although as I mentioned earlier, I would have liked more ways to interact with my opponents. We are getting spoiled in the era of emotes and chat, so when I play a game – especially one that’s a port of a social game – that doesn’t offer those features, I feel a bit too disconnected from my opponents. Outside that, though, the multiplayer part of the game is handled very well. You can start games very quickly either with friends or random players, and you can have many games going at once.

Overall, Sushi Go! is a lot of fun and a definite buy for those who like card games on their devices. It’s definitely more fun to play with others than the AI, but either way the short time games take along with how quick it is to get in and out will probably make this one one of your go-to games. The game is all premium, so no IAPs or anything like that, and definitely worth the $4.99. Just be forewarned; if you like sushi as much as I do, you’ll have constant cravings.