It was good while it lasted, wasn’t it? After many weeks holding the Top Grossing spot of the US App Store, Pokemon GO (Free) has lost its throne. Pokemon GO sat on that iron throne for 74 days, below the record holder Clash of Clans (374 days) and Candy Crush Saga (109 days). Still, that’s a more than respectable (and profitable) run for the game and one that I’m sure Niantic is pretty happy about. Who dethroned the king? That would be Supercell’s Clash Royale (Free). The main reason behind Clash Royale‘s coup is its latest content update that has muted emotes (a sore spot for many players) and, more importantly, added new chests and new cards, also known as new ways for players to spend money on the game. 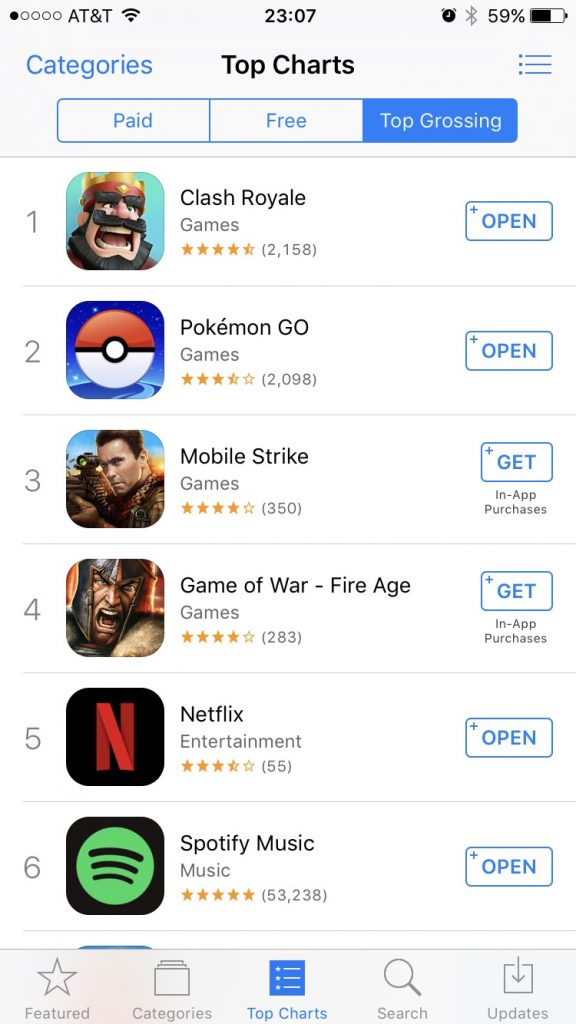 Pokemon GO has also received updates recently, and although those added new features, they aren’t the kind of features that require players to spend money. This order might be upended in the near future if Pokemon GO finds other ways to make players spend money. But what matters is that the magic number for Pokemon GO ended up being 74.