Apparently, the rumors of Pokemon GO‘s (Free) demise are greatly exaggerated. Even though there has been a big drop in popularity, the game is still immense and is making a ton of money. According to a study by Slice Intelligence, Pokemon GO‘s paying population has dropped almost 80% since its peak on July 15th, which sounds like terrible news for Niantic, right? Well, not quite. You see, the game was so big when it launched, it nearly doubled the number of in-game spenders in the mobile gaming market as a whole. In other words, this one game created a huge spike in people spending money on mobile games. 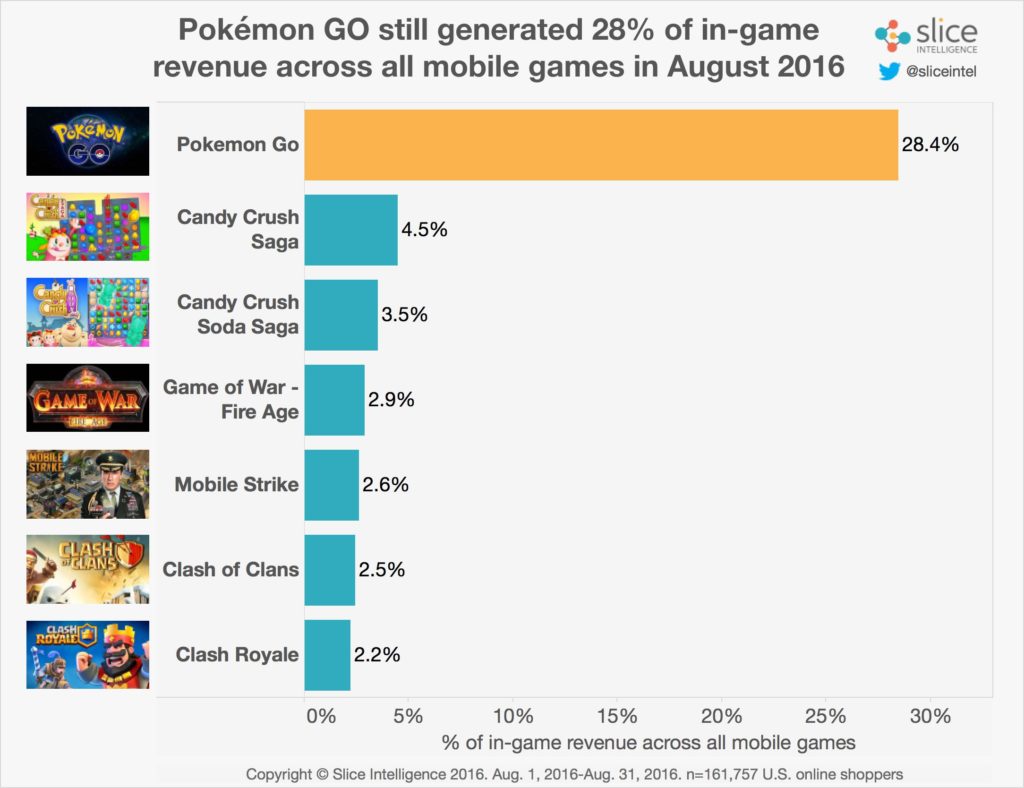 So, what does this drop in paying players in terms of total revenue? Well, Pokemon GO doesn’t just continue to be profitable, but it’s actually making more than six times the revenue of the second most profitable game, Candy Crush Saga. It’s safe to say, then, that Pokemon GO continues to be a mobile gaming phenomenon, despite the huge drop in paying players. And with new updates coming up and the release of the wearables, I’m pretty sure the game is here to stay. You can read the whole study here.