No matter how you slice it, making a sequel to Siralim (Free) was always going to be a tough job. The original game is essentially an overstuffed endless pit of RPG joy, densely packed with enough systems, side content, and additional challenges to keep any genre fan busy for dozens of hours or more. In hindsight, it was almost an impossible achievement. It was developer Thylacine’s first stab at the genre, and it was extremely unconventional. Mixing elements of monster-catching, base-building, and roguelikes, it was like someone made a delicious Shin Megami Tensei – Romancing SaGa – Rogue sandwich and somehow pulled that blend off with only a few minor hitches. Excellent post-release support ironed out just about all of the game’s issues, leaving one to wonder what exactly a sequel could accomplish. 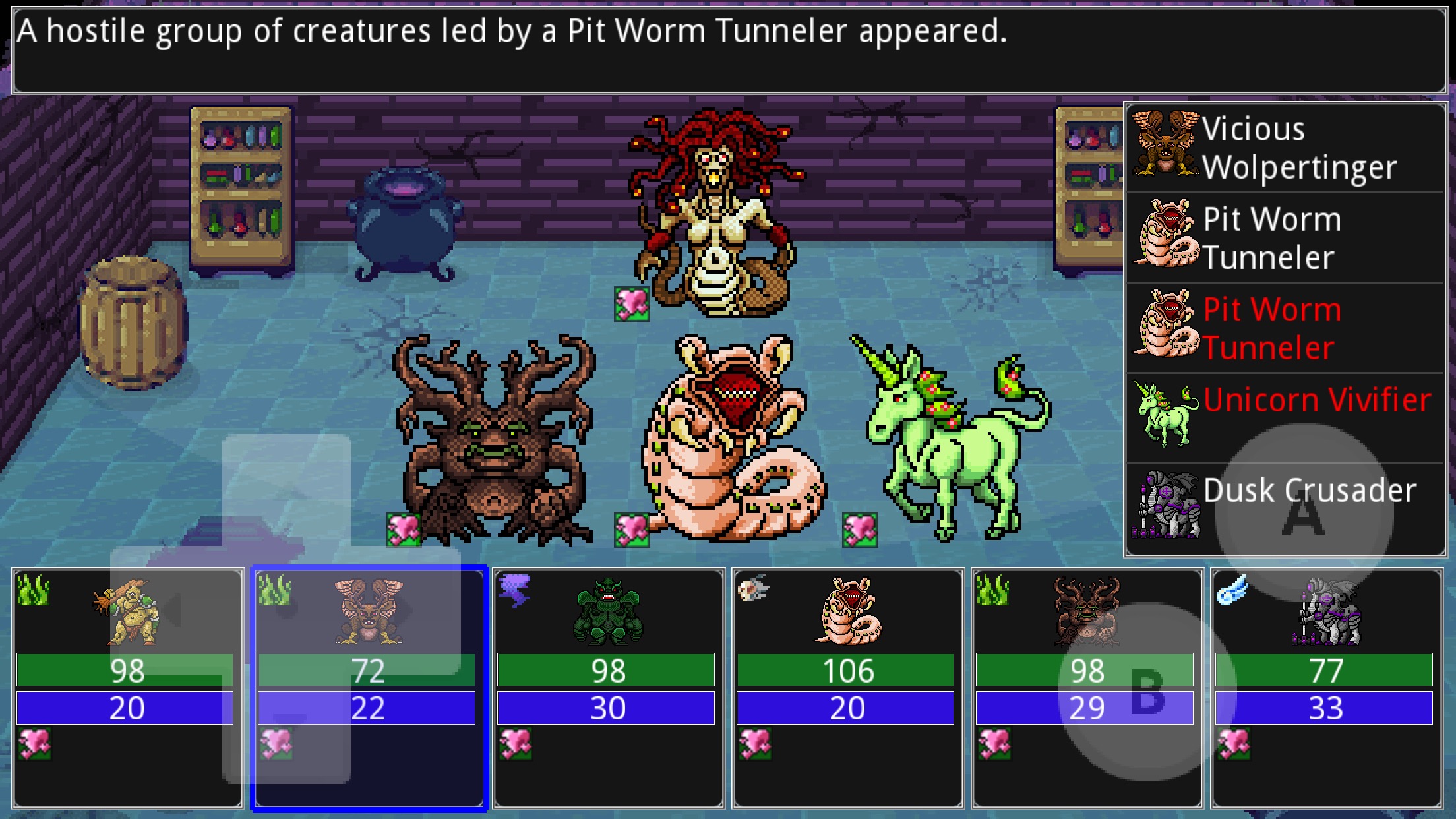 Well, I think I’ve learned my lesson about doubting Thylacine’s chops. Siralim 2 ($4.99) takes everything great about the first game, adds a few smartly-designed systems to give players even more to do, and tosses a story in there for good measure. It’s not a particularly great story, mind you, but it should help give guidance to players who found themselves lost with the lack of direction in the first game. The presentation is considerably more consistent than in the original game, though it still has a fair bit of roughness on the visual end of things. Suffice it to say, if you played the first game and loved it, you can throw down your money without hesitation here. Everything you enjoyed in the previous title is here, and the new content is highly welcome for novices and experts alike.

For newcomers, it’s a tougher question. This is definitely the game to get out of the two Siralim games, at the very least. But Siralim is a game with a particular niche. It’s a grindy affair, and to get the most out of it, you need to be the sort of person whose ears perk up at the idea of crafting, meticulous character customization, and capturing a huge list of creatures. If you’re just looking for an RPG where you can go on a roller coaster ride and enjoy the story, Siralim 2 is not your game. No, this is a game for people who like to plunge their hands into the nuts and bolts of RPGs and get their hands all dirty and sticky with numbers, modifiers, and status effects. Its hybrid nature makes it hard to guess if it will be your bag or not, as it doesn’t fit neatly into any specific sub-genre. It probably has the strongest appeal to fans of monster-catching RPGs, with its roster of more than 500 creatures to recruit and breed. 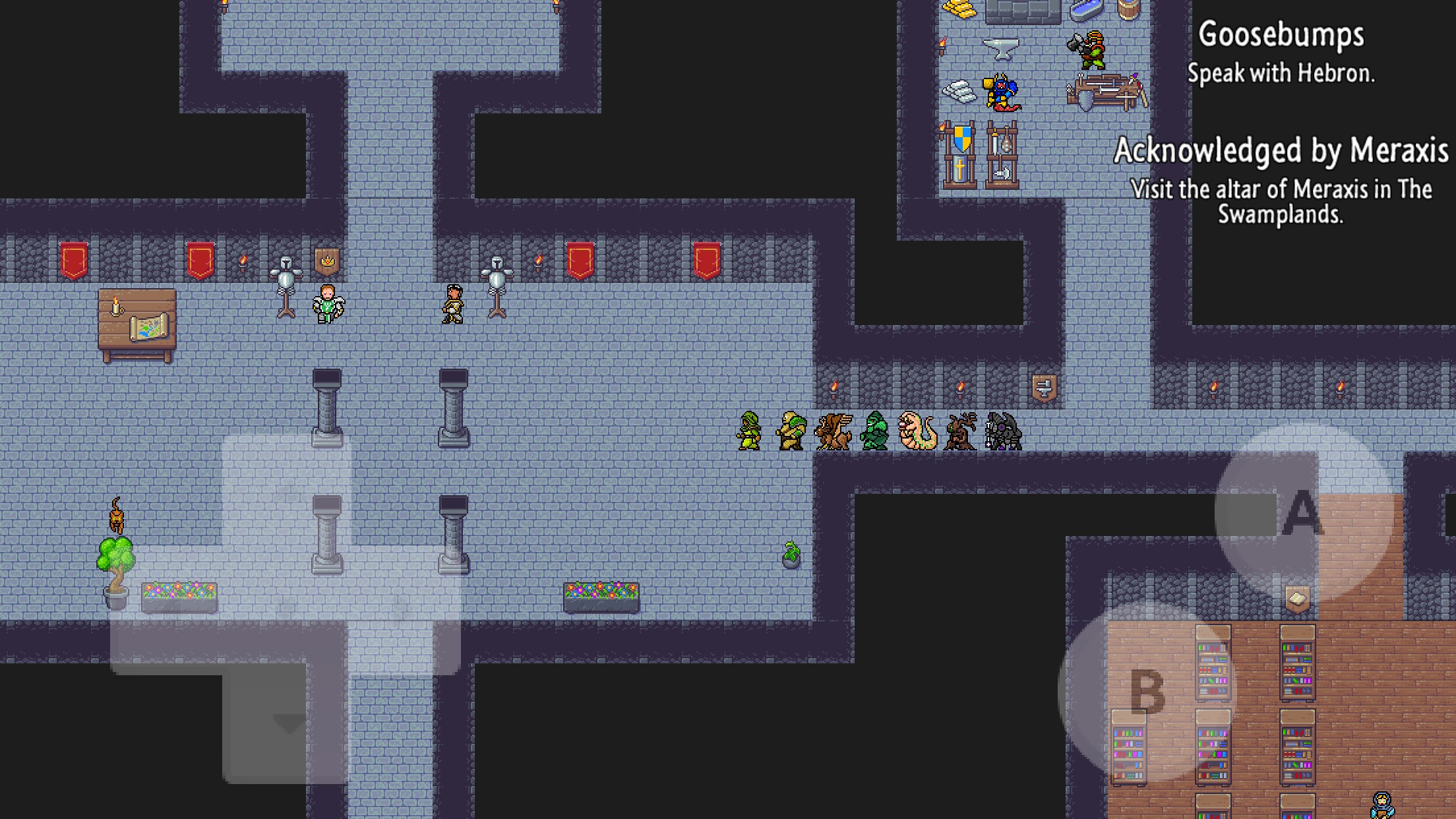 There’s a simple way to find out if Siralim is your thing, however. The first game is still free to play up to level 15. While it’s missing several new systems that are only found in the sequel, I think it’s safe to say that if you enjoy that free portion of the first game, you’ll be ready to buckle up and have a good time here. The same core gameplay is present. You take the role of the ruler of Castle Siralim. You pick your starting class, which determines which type of magic you’re best at, grants you a couple of perks, and comes packed with your first monster. You’ll be shown the ropes of the game’s turn-based combat and map movement, guided through to your first new monster summon, and sent out for the first of many excursions in the game’s endless dungeons.

The game is pretty good about pointing out what you should be doing at any given time, though you’re certainly welcome to do whatever you like. Indeed, although there is a story in this sequel, you’re going to have a bad time of things if you try to tackle it directly. You’re going to need to stop, grind, capture, breed, tweak, and so on to overcome most of the story bosses. Siralim 2 teaches you this lesson the hard way with its first story boss. If you’re new to the game, you’re likely to approach that boss with nothing more than the starting two monsters you were given in the game’s tutorial. If you do, the boss will taunt you, and it’s a well-placed bit of mockery because you’re almost certain to lose. Your takeaway here should be that you need to fill out your party, which you can do by extracting cores from the regular enemies you fight and using them with your summoning cauldron. 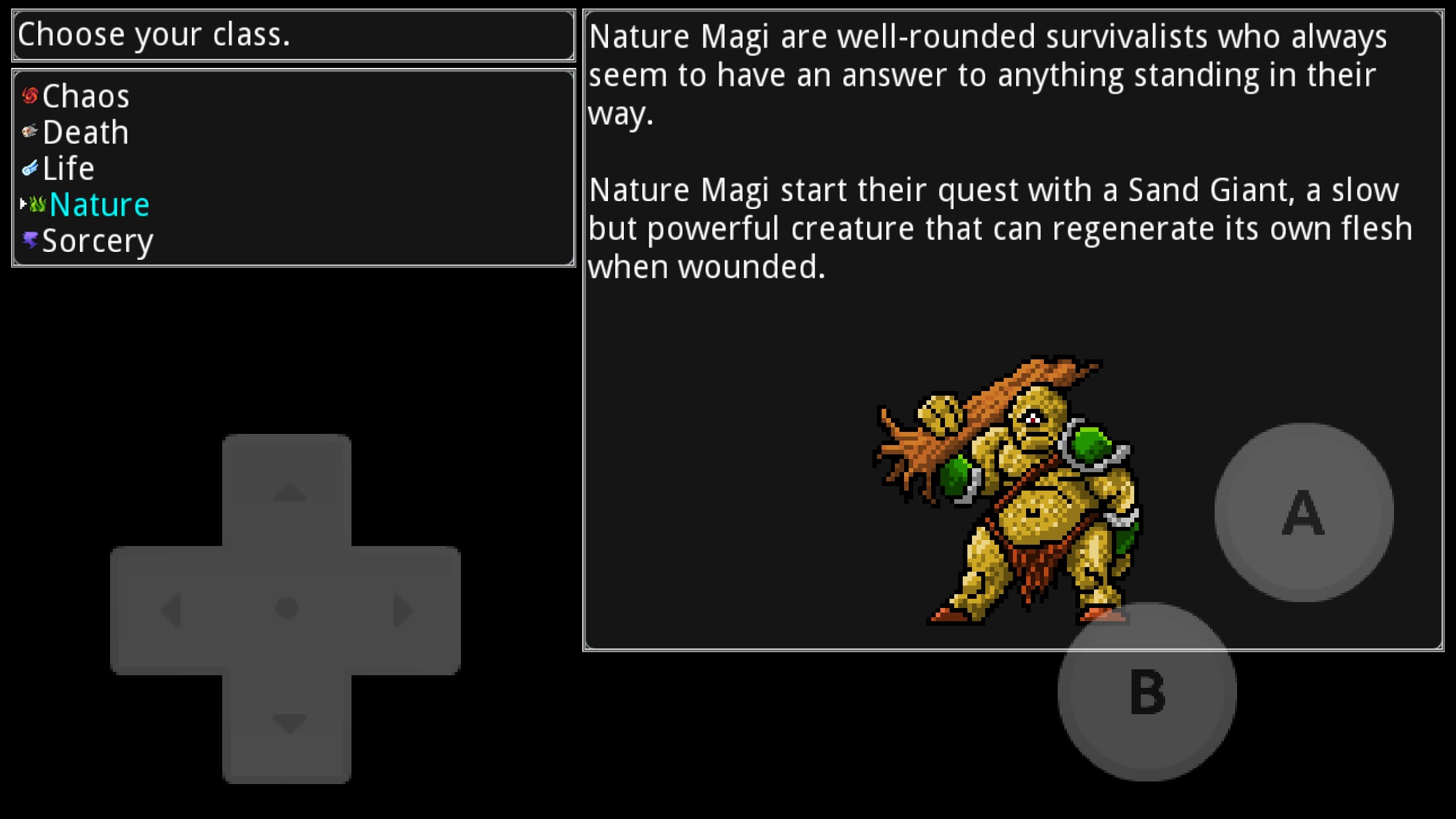 Once you’ve got the hang of that, the game starts to introduce the building elements. You can add rooms and people to your castle, which will open up new features and give you access to more items. By taking this approach, the game can slowly unveil its full complexity without overwhelming the player. Some notable new elements that veteran players will want to watch for include monster breeding, a rune system for adjusting buffs and debuffs, and a bunch of improvements to the spell system which should encourage greater usage. In terms of new content, there are almost double the number of environment types to explore, the monster roster is twice as large as that of the first game, and there are tons of new quests associated with the gods of each realm. The UI problems that plagued the first game’s release were taken care of in updates to that game, so of course this initial version of Siralim 2 is fine in that regard.

As far as the presentation goes, Siralim 2 is better than the first game but still has some issues overall. The battle graphics are far more consistent than those found in the launch version of Siralim, with the wide array of monsters actually looking like they’re from the same game as one another. The overhead exploration sections aren’t quite as good. Scrolling the screen will often produce weird lines, and everything feels just a little bit too zoomed out by default. You can adjust the zoom level, but I honestly didn’t find any of the three settings to be just right. But again, even in these exploration sections, the game has a more reliable flow to its visuals. Nothing looks out of place, even if the overall picture could use some improvements. 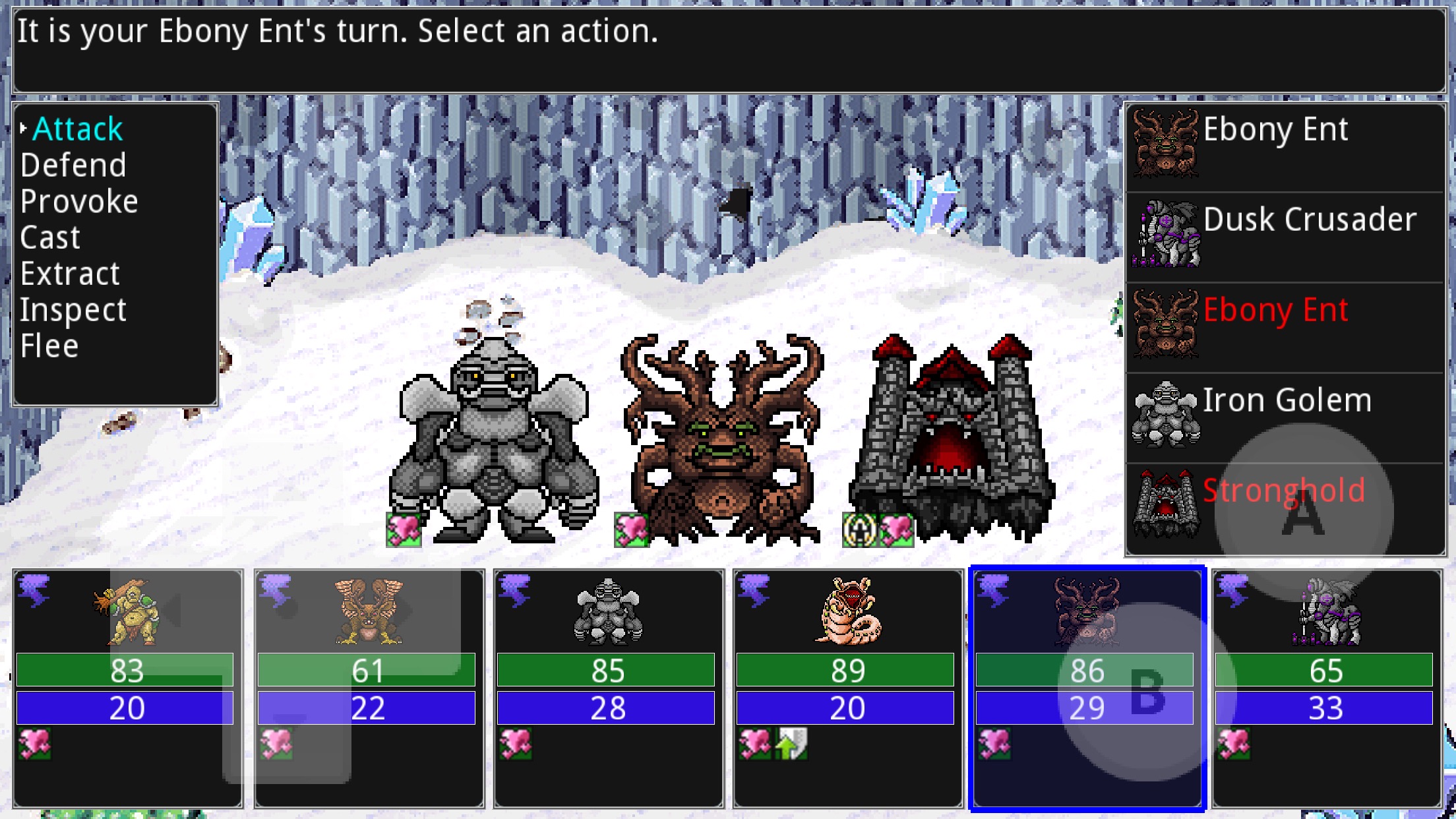 While there is a story now, it mostly amounts to set boss encounters on certain floors. You’ll basically have to mow through them anyway, no matter how you’re playing. As with the first game, however, Siralim 2 is functionally endless. It will just keep getting harder, your level will keep rising higher, and there will always be another realm to explore or another challenge to meet. While the boss encounters are set, the floors between them are once again randomly generated, so it’s highly unlikely you’ll ever come across the same layout twice. I also really appreciate that the random floors are stocked with more than just monsters and loot. You’ll have to solve mini-quests, answer trivia questions, and deal with other events as you scour the floor looking for the exit to the next.

There are a lot more elements to Siralim 2, but part of the fun of the game comes from seeing how it opens up, so I’m not going to spoil everything. The Altar of Blood in particular is a hoot, allowing you to tinker around and play with even more elements of the gameplay. It all plays into Siralim 2‘s strengths as an excellent toybox for fans of turn-based RPG mechanics. You’ll need to make use of all of the tools the game gives you, too. Brute force and grinding experience will certainly help, but if you don’t think about party composition, equipment, runes, monster breeding, and so forth, you’re probably going to hit an early wall. You’ll probably hit walls regularly in any case. I guess this is really what tells the tale with Siralim 2. Are you the type that hits a wall and gives up? Or does a wall merely make you consider your options for overcoming that wall? If you’re the second sort, this is the game for you.

That leaves us with a bit of dilemma. Siralim 2 is not going to be enjoyable for everyone. Even among RPG fans, I think it will leave a large percentage cold with its mechanical complexity and lack of attention to things like characters and plot. But those who can get into it will find a limitless bounty, gameplay measured out in not just dozens of but more than a hundred hours. So I again reiterate: go and try out the free portion of the first game. If you like it even the smallest bit, go pick up Siralim 2 right away. You’re not likely to regret it.