The original Siralim (Free) is one of those great cases of a game that started off rough but interesting, only to be shined to a sparkle through a ton of updates. The developer had a lot of ideas worth exploring and committed to seeing a great deal of them through. After launching on mobile, Siralim made its way to other platforms like Steam and PlayStation, so I suppose it must have done well for the developer. We’ve known Siralim 2 ($4.99) was coming for a while now, and after it hit Steam, it was only a matter of time before it made its way back to where it all started.

Siralim 2 hit Android a couple of days ago, and has just been put up on the iOS App Store. Unlike the original game, which used a sort of shareware model, Siralim 2 has an upfront price tag of $4.99. Provided you can get into what it has to offer, it might be one of the better values you come across in the genre on iOS. It’s a little bit Pokemon, a little bit Shin Megami Tensei, and a lot of something else altogether. It looks and feels like a lost relic of the classic era of RPGs, just as the first game did. Siralim 2 offers quite a lot the first game didn’t, including something of a story, monster breeding, 250 new monsters to collect, new items, new environments to explore, and more. 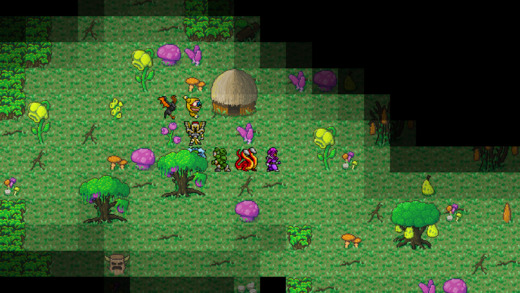 You can be sure we’ll be bringing you a review of Siralim 2 as soon as we put it through its paces. At the very least, if you enjoyed the first game, I think you’ll find plenty to make you happy here. It’s just the thing if you’re looking for some monster catching with a little more meat on its bones.