The fantastic Teeny Titans ($3.99) is getting more content next month, a challenge mode in the form of the appropriately-called Justice League Recruitment Center. This JLA satellite office will have you facing “rigorous aptitude tests" (and I thought I was finally done with testing) using those lovely figures of yours. The new challenge mode will come in Normal and Intense difficulty levels, with the Intense challenging even players with maxed out figures. When you win in this mode, you’ll get Justice Points that can be used to rank up within the Justice League and can even get unique figures that can’t be earned anywhere else. 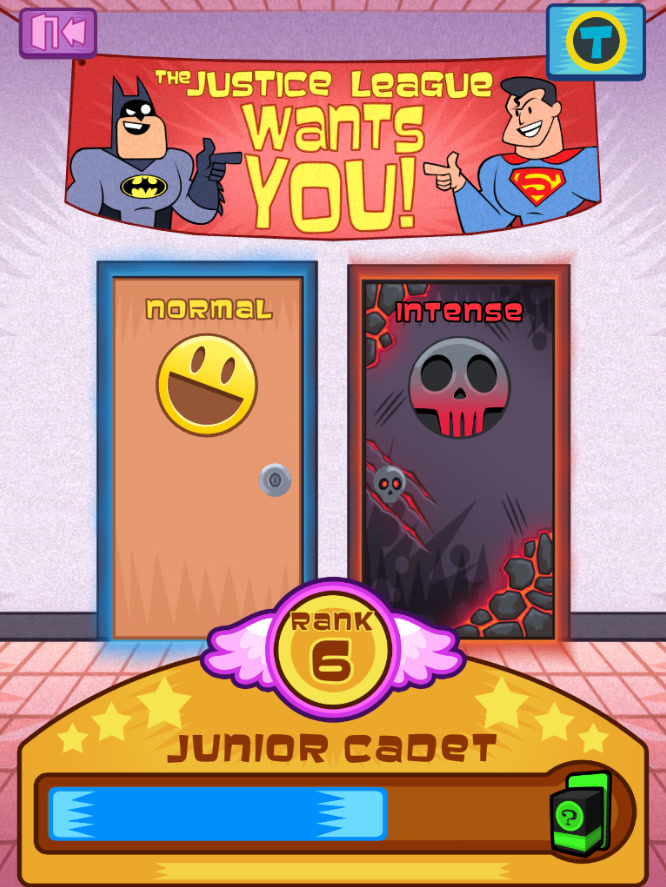 There’s an additional twist to the challenge mode; the figure battles won’t be like the rest of your battles in the game. Instead, you’ll be fighting against a randomly generated team and challenge battles will also have some crazy gameplay twists that will mix things up nicely. There’s Mr. Freeze’s Skill Chill, where each ability goes into a long cooldown, Crazy Tofu Mode, where a crazy amount of tofu appears for both you and your opponent, and Hot Potato, where a potato bomb is added to the end of one team’s battle bar. If you let the bar fill up to the potato bomb, it bounces to your opponent’s bar and when it explodes, bye bye figure.

As you can imagine, this new mode, with its new figures and new gameplay twists, should really make the game feel fresh again for those who’ve played it to death. The 1.1 Content Update will also bring a balance and tuning pass to ensure that endgame battles are more challenging as well as a few more surprises. The update is planned for September, so not too long to wait now.