Captain Blackheart’s Treasure is one of those memorable Hearthstone (Free) Tavern Brawls but not for all the right reasons. CBT is all about the Discover mechanic – each turn you get three cards to pick one – and was supposed to come out just before the League of Explorers adventure as a way to prepare players for what was to come. However, it was not to be as the technical demands of the Brawl stressed the servers so much that Blizzard took it down immediately and gave us Webspinners instead. A few weeks later, in late November, we ended up getting the Brawl after all. 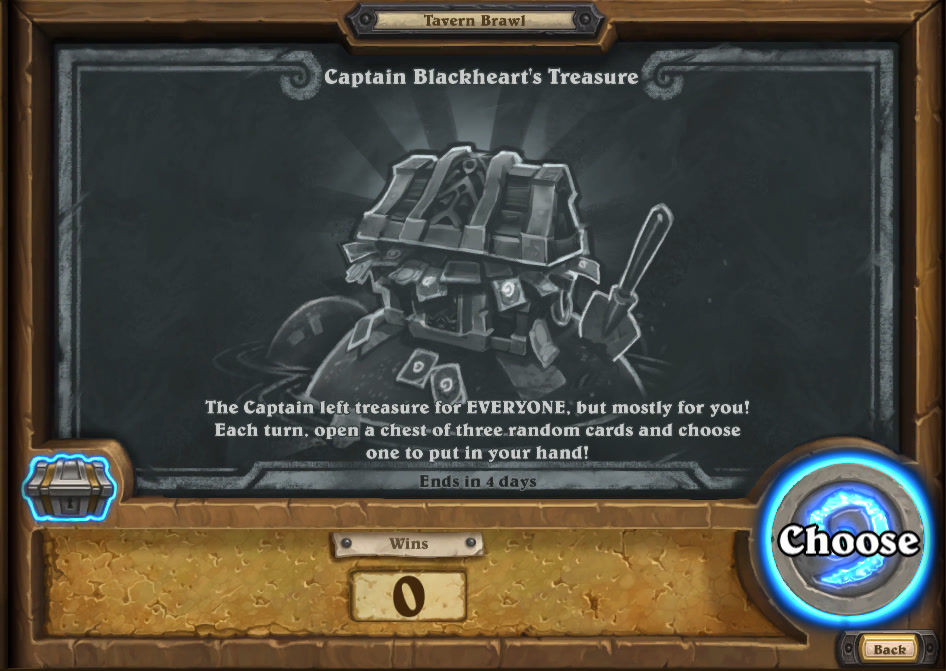 The brawl comes with premade decks, and as you can imagine, having the option to pick one of three cards every time helps you get combos going. It’s easier to strategize the second and third time you play because you have a better idea what your deck includes. Do keep in mind, though, that this Brawl takes a long time because of all the Discover decisions, so don’t start one if you don’t have time to play. And even though we’ve had this Brawl in the past, all the new cards since then make it a whole different ballgame. The Brawl is live in NA, so go discovering.