When it comes to interactive fiction, certain elements have to carry a disproportionate amount of weight on their shoulders. A good premise helps. Interesting choices are a must. While the story doesn’t necessarily have to be spectacular, it should at least be well-written. There’s more to it than that, especially if said game starts dipping its wick into the RPG genre, but at a minimum, quality interactive fiction should present the player with a good story in which they have some agency, or at least the illusion of it. Deadman Diaries ($0.99) is the latest release from Cubus Games, best known for their hardcore space action gamebook Heavy Metal Thunder ($3.99). It carries a lower price tag than the rest of Cubus’s line-up, and while I don’t think you can always judge a game by its price, it’s a useful indicator in this case.

In Deadman Diaries, you play as a banker named John Riggs who is in a real mess of a situation. You’ve borrowed money from some nasty loan sharks and bet it all on a prize fight. It didn’t go your way, so you’ve got to figure out how you’re going to deal with the consequences. The story is presented in the form of the main character’s diary, which is an interesting reason for us to have full access to his thoughts even though he’s a character of his own. Like most interactive fiction games, the gameplay largely consists of reading passages and making choices. As you might guess from the game’s title, you’re probably going to die a lot in this game. Finding all of the deaths is, in a way, part of the fun. John Riggs dies in every ending, but there may be a way for it all to end happily if you search around enough. 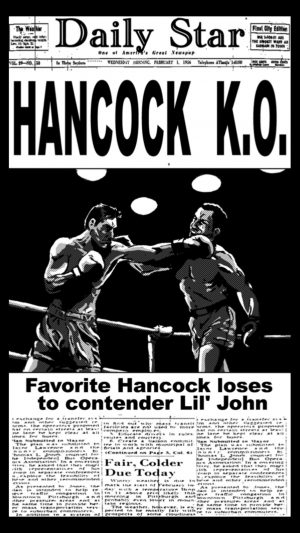 In spite of the somewhat large number of endings, you’ll be retreading the same ground quite often in Deadman Diaries. While the story initially branches out in very different directions, many of those threads collapse back into each other. The good ending can be found along one of those side branches, so if you find yourself back at your bank job, you’re heading for another bad ending. Each of these threads only takes a handful of minutes to play through, and once you’ve familiarized yourself with the repeated text, you can find your way to an ending even faster. Even assuming you’re using trial and error to sniff out all of the endings, you’ll likely be finished with Deadman Diaries in less than an hour.

Now, if that were a really enjoyable hour, there would be no shame in that brevity, but unfortunately, it’s not a very thrilling game at all. The stories are too brief, the characters too thin, and the overall writing too plain to really get much out of it all. The tone of the writing seems to be reaching for a seedy Guy Ritchie-style romp in the UK’s underbelly, but the whole thing is too rushed and simplified to pull it off. While the game is pretty good about bending the story around your choices, there simply aren’t many to make in any given branch. This is one of the few interactive fiction games I’ve reviewed where you could conceivably brute force every outcome without much effort or time put in.

About the only thing Deadman Diaries has going for it is its style. I love the idea of the story being the character’s journal, and the police reports and newspaper clippings that detail your grisly demises are a fun way to give the player a game over. The artwork used in the endings is a nice little bonus for finding a new ending, and I appreciated the use of accents to give the text some extra flavor. I could see this concept working out well in a more full-featured adventure. 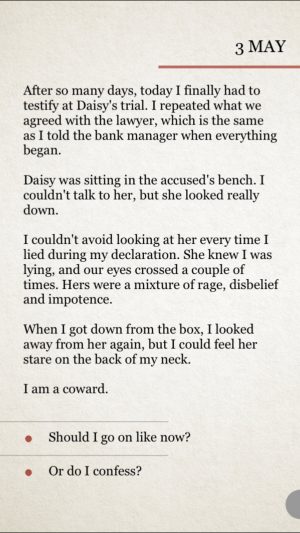 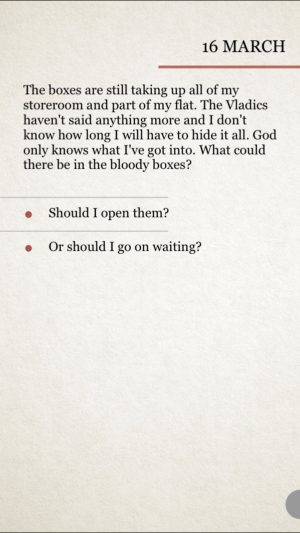 Cubus Games seems to be positioning Deadman Diaries as an entry-level gamebook for beginners to dip their toes into, but I’m not sure I’d even recommend it for that purpose. There are lots of interactive fiction games that do a much better job of showcasing the strengths of the genre, even if they are a bit more complicated. Deadman Diaries shows how hunting down bad endings can be enjoyable, but when it comes to the other things that make a good gamebook, like compelling choices, a strong narrative, or interesting characters, it comes up well short of the baseline. It’s an interesting experiment, but I don’t feel the results turned out terribly well.