With the new Hearthstone (Free) adventure, One Night in Karazhan, on the horizon, it seems this week Blizzard looks back to Whispers of the Old Gods for a Tavern Brawl. We’re on the cusp of getting a ton of brand new cards, but if you’re a free to play player or just didn’t open many Whispers of the Old Gods packs but want to try out some of the decks that come loaded with tons of cards from that set, this week’s brawl is for you. 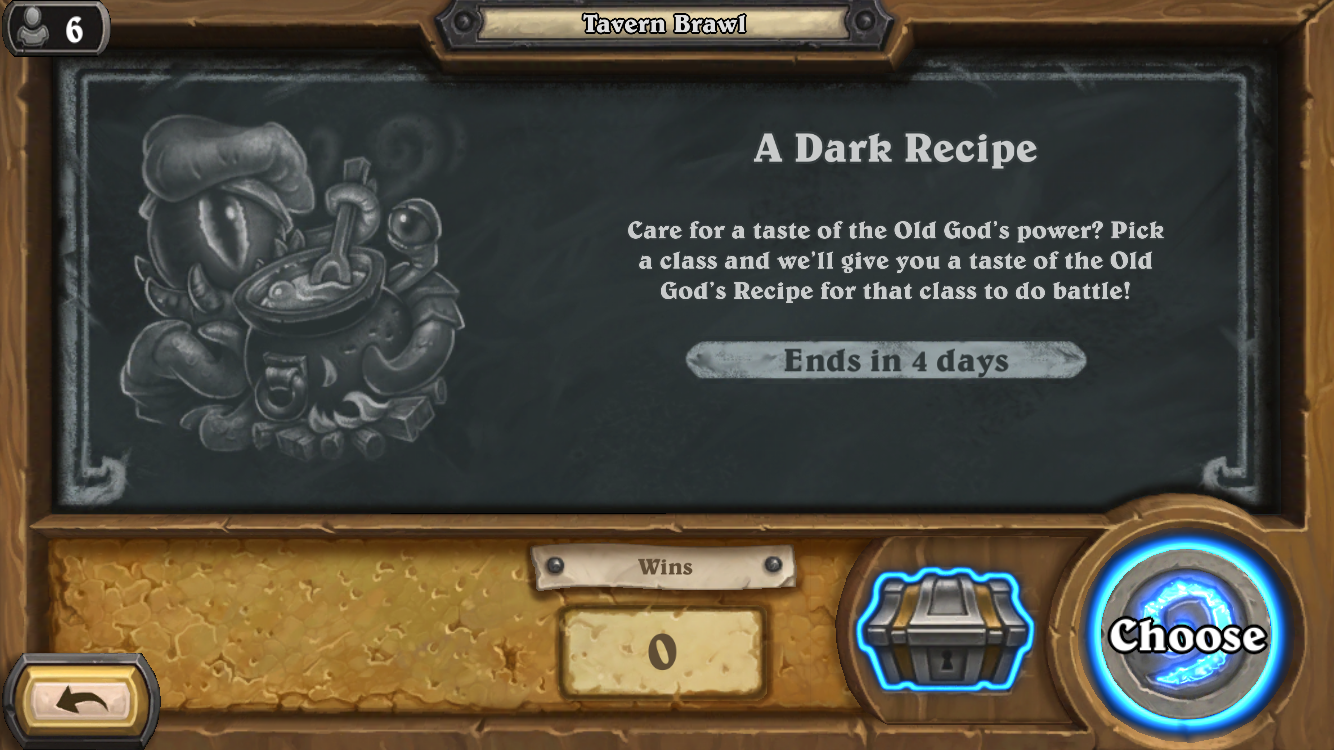 It’s called “A Dark Recipe." You pick a class and the game makes a deck for you with that class using a deck recipe packed with Whispers of the Old Gods cards. It’s pretty fun, but I definitely see where people are coming from who are a little disappointed that this week’s brawl isn’t Karazhan themed. But, hey, whatever, it seems like a good way to send off Whispers of the Old Gods as the new premiere expansion. Definitely give it a shot if you’re missing a few Old Gods in your collection of want to try out some decks for classes you don’t usually play.