Yeah, you read that right. ReRunners: Race for the World (Free) is a massive multiplayer online platformer. Kind of. You never actually see other live players, but the world is populated and alive regardless. And it is freaking outstanding. I have been utterly hooked by this game for the last week. Not only is the actual gameplay smooth, fun, and functional, but the crazy, vibrant, psychedelic world that you’ll explore is almost worth the price of admission alone. Or it would be, if this game even had a price tag. There is a ton of expressive, creative content, with loads of customization options for your character and upgrades. I implore you to read on, my friends, for this is one of the most original games I’ve had the good fortune to be completely addicted to this year. 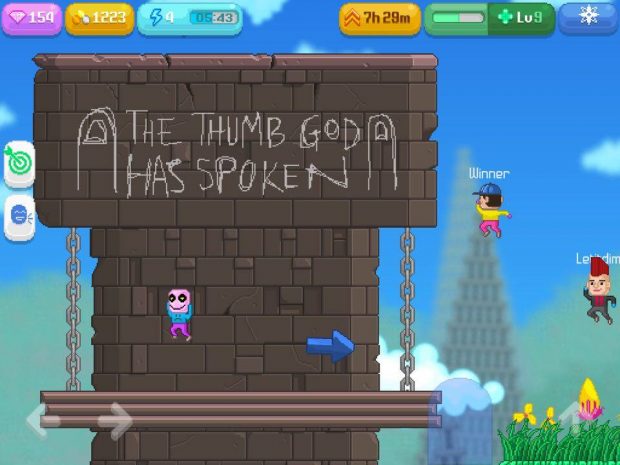 ReRunners was developed by Klang Games and published by Tilting Point and Games Alliance. In it, you’ll compete in platforming races against the recorded ghosts of other players. Because of this random element to the matchmaking, every race is unique, but doesn’t suffer from lag and allows you to pause or use unique abilities that slow down time and such. Players can bring different items into the run with them, like mines and speed boosts and thrown bombs, and they can also pick up coins before you. I originally thought that while the races used ghost recordings, the over-world surely must have been populated by real players. It feels so alive, and at times it will seem like you’re directly interacting with people. Nope. Apparently they’re all ghost recordings according to what I’ve read. At the very least, this means you don’t have to worry about the world being empty and barren in the future, which is exactly why I was originally going to tell everyone to get in on this action now before it’s too late, because it’s kind of magical. 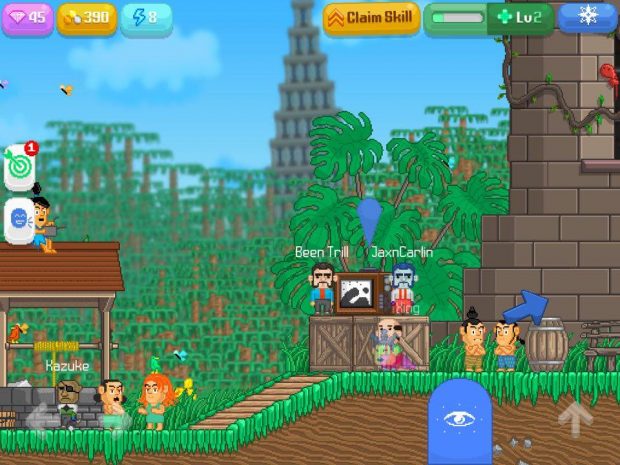 That little tangent aside, let me break this down for you. You are one of many runners in the weird and zany world of King Klang. You compete in races to prove your love and loyalty to him, or something. The story is as nonsensical as the entire world, which is full of strange creatures; humans, animal, and otherwise. Some of the NPC’s in the over-world will have dialogue for you, and any item shops that you can access from the menu can actually be found and entered in the over-world. You’ll also see fruit and coins in the over-world, which re-spawn from time to time. Collecting fruit gives you experience and reduces the recharge timer for your energy. Sadly, this is a freemium game with energy timers, but wait! Don’t get too upset about that. The recharge rates are way better than I’ve seen in some other games (*cough*The Blacklist (Free)*cough*), and while races take up energy, running around the over-world, exploring and finding hidden stars, is totally free. 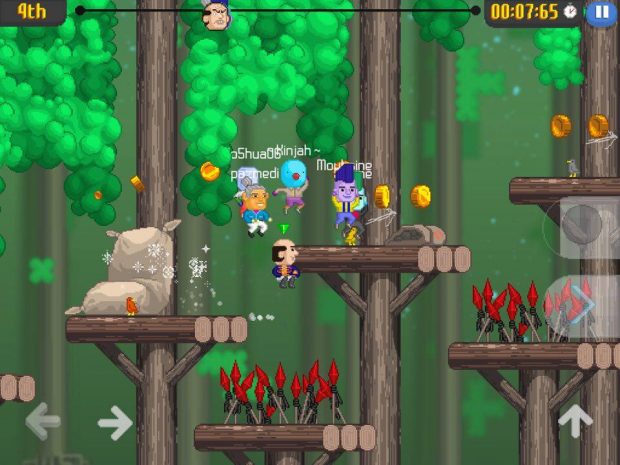 In addition to coins and energy, you also have the premium currency gems to think about. Gems are used to instantly get more coins, skip upgrade timers, and buy cosmetic items. One of the best aspects of this game is the crazy amount of customization. Beside the dozens upon dozens of potential outfits, your head can be one of several human options, animal, mythical creature, alien, robot, or heck, even an ‘O.’ Your head can literally be a big ‘O’ shape. These items can be quite overpriced, but as purely cosmetic, I’m okay with that. The personality of your character is only enhanced by the fantastic emotes and pre-set messages available to you at any time. Your main use of coins is in the character upgrades and items. Upgrades affect your base abilities, like top speed, acceleration, jump, and double jump. You can also unlock and upgrade a glide and sprint ability. Once you’ve paid for an upgrade, a timer counts down to its completion. The items you buy and upgrade consist of boosts for use during races. While racing, these will constantly recharge, so you can use them several times per race. 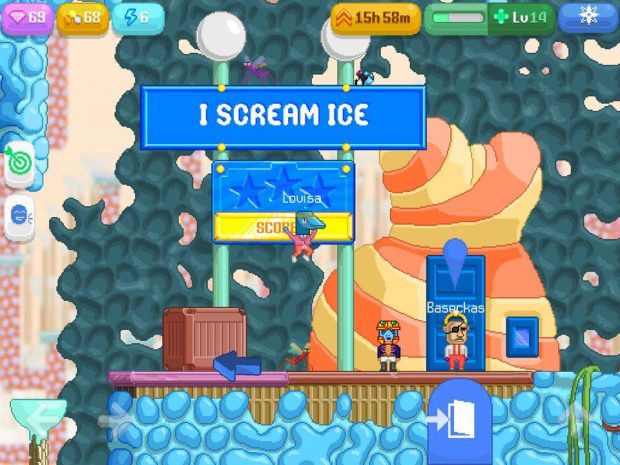 Getting 3 stars in a race isn’t always as simple as being in first. It’s a score based affair. You’ll almost always need to be in first to get three stars, but you’ll also usually need a good time, good amount of coins, and possibly a player kill or two, as all of these boost your score. You might have a hard time at first, not just because you’re not very upgraded, but you won’t have all the items. Picking and choosing which items you take into which race is the main strategy you’ll use. Learning the fastest way through a map is always fun though. Despite facing down ghosts, the races still always feel competitive and exciting. Your overall stars are used to unlock new areas and secret areas with even more races. Once you make it through the first island, across the bridge, you’ll probably notice an influx in the amount of coins you can get. I found it much easier to upgrade stats and items at this point. This is also the point when the environments go from islands/forests/castles to crazy bubble gum and cotton candy colored wonderlands, with all new hazards finding their way to the tracks. 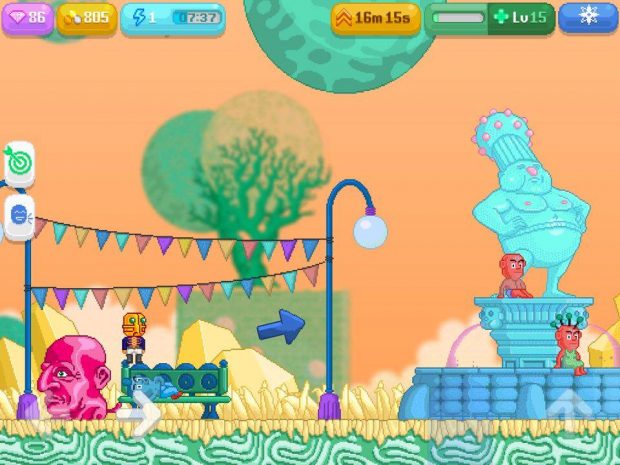 One of the initial drawbacks to this game is the sheer amount of stuff on screen. The interface comes off as very cluttered at first, but that’s just because there are so many aspects to the game. Once you take a couple minutes to try every button and learn the ins and outs of the game, it all makes perfect sense and is pretty simple. Every so often you’ll get a free chest, also via timer, and you can earn chests with accumulative score across all of your races. Bronze chests are the worst, but still appreciated, whereas gold chests will get you loads of coins, upgrade timer reductions, and even cosmetic items. Sometimes you can double your rewards after a race by watching an ad, or just get a couple free gems for doing so in the over-world.

There is a lot to this game, but I love almost all of it. The energy mechanic is the main drawback by a country mile, but it completely refills every hour. At the moment, there’s a bug that might keep your timer from refilling, but the developers have already sent the fix in to Apple. Regardless, the timer recharges pretty quickly. I’d love it if we could pay our way out of the bolt system entirely. The developers have been extremely active in our forums , and they’re listening to all the feedback, so drop on by and give them a line. With some tweaks to the freemium element, I could easily see this being a game of the year contender, and I mean that. The pixel art is universally detailed and gorgeous, the environments are unlike most I’ve seen, and racing has proven to be consistently enjoyable. The game is not only fun, but wonderfully, absolutely silly and unique.