While the pop-culture phenomenon may show no signs of slowing down, it’s extremely refreshing to be able to put down Pokemon GO (Free) for a while and enjoy some new and exciting iOS games that are releasing this week. Blyss, by developers Dropout Games, is finally launching on the App Store tomorrow after over seven months of hype on our forums, and merges an interesting puzzle mechanic with beautiful and calming aesthetics to stand out from the crowd amongst the cacophony of games within the genre. 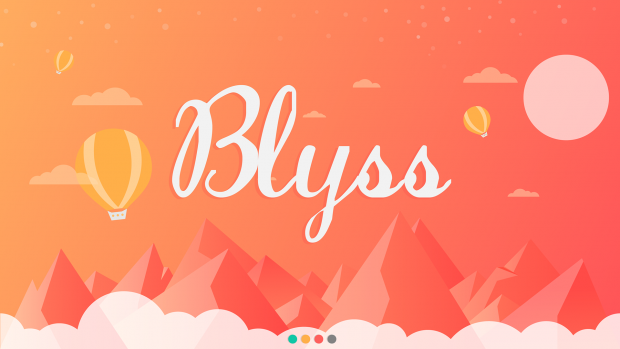 The initial artwork and screenshots may suggest an allusion to games such as Monument Valley ($3.99) or Alto’s Adventure ($4.99), and while in essence the gameplay is not particularly representative of either of these, Blyss sure does match the beautiful graphical style and serene state of mind these excellent titles are able to convey. In Blyss, white blocks reminiscent of die are laid in a formation against varied backgrounds and themes, and all have a certain number of dots that represent how many times they must be covered with a swipe along the game field – all of the squares must be eliminated to complete the puzzle. Of course, there is the danger of accidentally removing a square that is vital to complete the level, and so there is a significant tactical element in every move you make in Blyss. The video trailer explains these mechanics better than I ever could, and shares a glimpse of the beautiful graphical style that Dropout Games have managed to include in their game.

With the promise of numerous game modes, different visual themes with their own soundtrack and much more, Blyss appears to achieve that sweet spot of being complex and in depth, while still having a zen-like vibe that is perfect for sitting back and winding down. Blyss will launch tomorrow for only $1.99 with no in-app purchases, and certainly seems like one any puzzle fans should keep their eye on.