Razer might be best known for their cutting-edge gaming peripherals. From their keyboards with glowy LED lights, to gaming mice with lots of buttons and glowy LED lights, to their very green headsets. But the company also seems to find itself doing some unexpected things. Like making a fitness tracker. And, it turns out, they’ve launched a location-based chat app for Pokemon GO (Free)? Yes, RazerGo (Free) is a way to chat with nearby Pokemon GO players using the app, with several features built around Pokemon GO specifically. 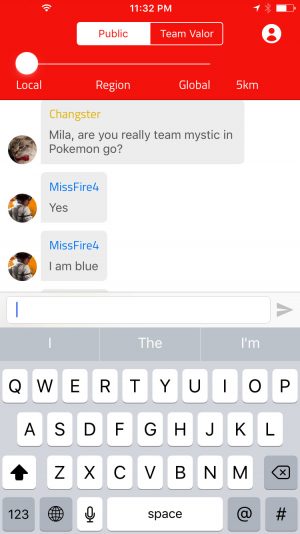 The big one is the beacon-based feature, which allows you to chat with people nearby. If you want to alert folks nearby about a rare Pokemon, you can do that. Though, the app also works both regionally and globally. You can also choose to only chat to members of your team specifically, though of course the issue is that theoretically a spy could join your team chat. So be careful who you’re talking to. If you’re plotting conspiracies, take them to heavily-encrypted lines of communication. This is a third-party unofficial service, so the odds of other people using it aren’t necessarily a guarantee, but as a way to publicly communicate with other folks, it might just be a cool option to keep around and check when playing.