Like it or lump it, there are some publishers out there who march to the beat of their own drum. Square Enix is definitely one of them, as today’s news demonstrates quite nicely. Fresh from removing most of the Chaos Rings series of RPGs from the App Store storefront, Square Enix has announced a spin-off title in the series called Cosmos Rings. As one might expect, it’s an RPG, and it’s supposedly going to be releasing quite soon worldwide. Oh, and it’s for the Apple Watch. 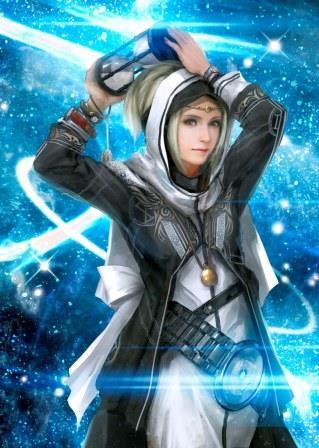 Did anyone else hear a record scratch? No? Just me? Well, leave it to Square Enix to launch a new Apple Watch game well after that train has sailed for many publishers. They’re not skimping on the game, either. The development team includes many veteran Chaos Rings series staff including producer Takehiro Ando, scenario writer Yukinori Kitajima, character artist Yusuke Naora, composer Noriyasu Agematsu, among others. It’s hard to tell from looking at screens how the gameplay is going to work, but it certainly has a striking visual style. 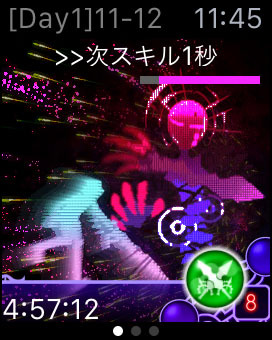 The game’s official site doesn’t provide a whole lot of information at this point, but if you want to see more screens, feel free to head over to Yahoo Japan and scroll down. We’ll have to wait and see exactly what kind of game Cosmos Rings is, but if nothing else, it’s probably a good reason to fish the ol’ Apple Watch out of the desk drawer.