These past two weeks, we’ve been talking about Blizzard’s whispers that a new Hearthstone (Free) Adventure announcement is incoming, and it seems that next week, those whispers will turn into an actual announcement. According to this invitation sent to us as well as to many pro players and Hearthstone personalities, Blizzard is preparing a “once-in-a-lifetime event that will be full of magic and celebration," and there’s also “something very special in story for you." “Please be prompt," the invitation concludes, “as we have an unforgettable adventure planned!" The chances that this is not an Adventure announcement are pretty slim to none, but we won’t know for sure until next Thursday, July 28th. 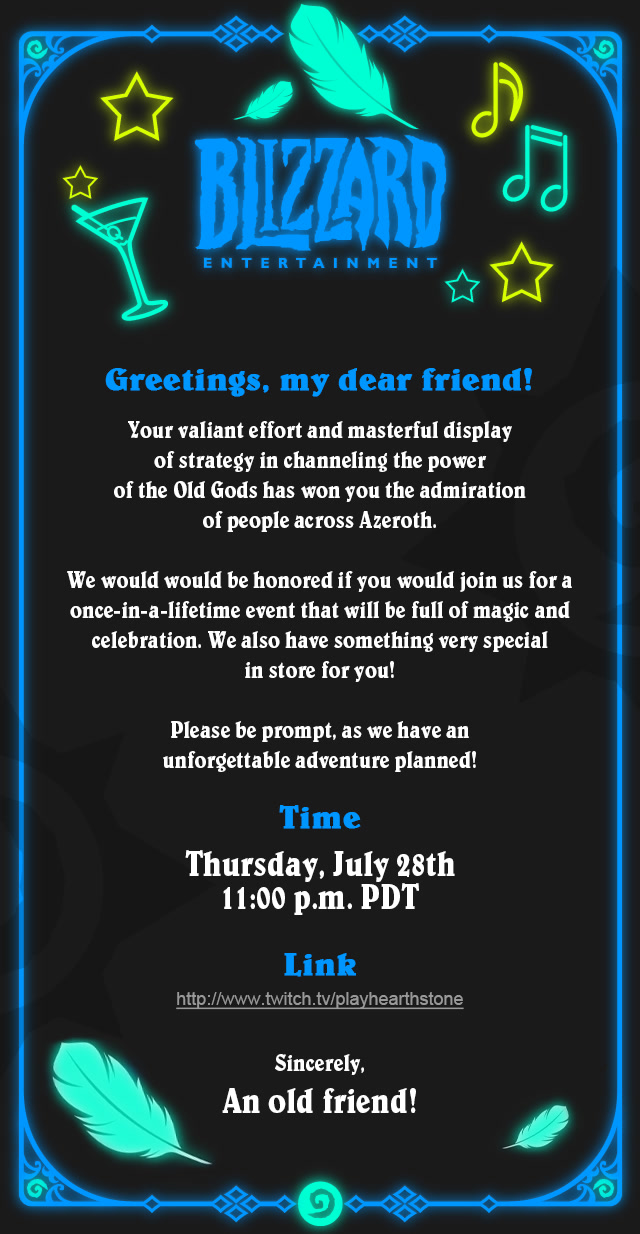 The announcement also talks about how “your valiant efforts and masterful display of strategy in channeling the power of the Old Gods has won you the admiration of people across Azeroth," and there are feathers, drinks, and music symbols on the top of the announcement, which point to Karazhan as the next adventure since Medivh, who was the last occupant of Karazhan, has the ability to turn into a raven. The announcement will be streamed Thursday, July 28th at 11 PM PDT (yes, PM) on Hearthstone‘s official Twitch channel. Time for new content guys.