It’s still baffling to see the extent that Pokemon GO (Free) has blown up since its release two weeks ago. Even in relatively quiet suburban towns, everyone is glued to their phones to ensure any elusive Pokemon don’t slip under the radar, and in big cities there have been thousands of people gathering for critter hunting en masse. As a result, it was extremely disappointing to see the massive server crashes this weekend, as walks and gatherings were spoilt and effectively rendered pointless, as there were no virtual creatures to throw balls at on the way. These major periods of server downtime are unavoidable – however, some of the smaller bugs and freezes that occur during normal gameplay of Pokemon GO can be avoided or compensated for. Don’t let a glitch stop you from catching your ten-thousandth Pidgey; here are the steps you should follow for the most seamless Pokemon catching experience currently possible. 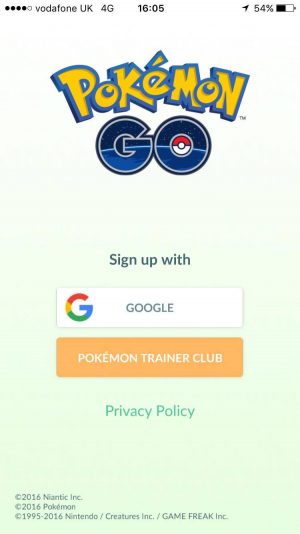 Unfortunately for many players who have immersed themselves within the augmented reality experience of Pokemon GO, this may no longer be an option, but for anyone who has yet to start, this is certainly a crucial piece of advice. When the game gives you the option of signing up with either a Google account or through a Pokemon Trainer Club login, definitely choose the former. There are various accounts on Twitter, and from personal experience, of people who sign up through the Trainer Club experiencing far less stable servers, which is the last thing you need while either catching Pokemon or putting down time dependent lures or incense. The draconian and pervasive Google account restrictions of the original launch have also been greatly reduced, so the alleged security and privacy risk the game may have had is significantly less. At the very least, create an alternative account or email address to sign up for Pokemon GO – just make sure you do it through Google and not the Pokemon Trainer Club.

2. Close every open app and restart your phone before playing Pokemon GO

This is also a fantastic fix if you are ever stuck on the Gyarados loading screen – double clicking the Home button on your phone, closing every other app and then restarting your phone has been a great way of getting past any restrictions to logging in. Furthermore, it could also prevent any crashes or freezes during actual gameplay, and it will also go a way to alleviating the terrible battery drain that Pokemon GO inflicts on your smartphone. That being said, investing in a portable battery device is definitely the best bet once you manage to actually get onto the game. 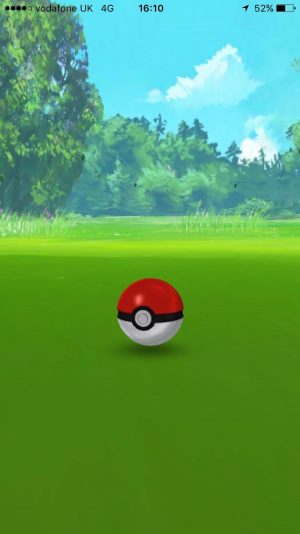 3. If it freezes after throwing a Pokeball, wait thirty seconds and restart the app

Having the game freeze while zooming in on the Pokeball before it starts rolling – coined the ‘Zoom of Doom’ by my friends – was possibly the most frustrating bug currently in Pokemon GO, yet it doesn’t necessarily mean the loss of that rare Pidgeot you tried so hard to catch. If this glitch does occur, wait on the frozen screen for around thirty seconds to a minute (normally until the spinning grey Pokeball in the top left corner disappears) and close the app through double tapping the Home button. Afterwards, simply start Pokemon GO again, and check your Pokemon collection by your most recently caught. If you’re lucky, the Pokemon that the game froze on may be in your roster, and the crisis averted. If it is not, make sure you stay in the location you found the Pokemon in the world map and it will almost certainly reappear for another shot at being caught.

4. Take your time, and only tap once

This was the number one rule with computers when I was growing up, and for a game as unstable as Pokemon GO it’s one that is still relevant today. Any time you choose an option in the game, whether that is clicking on a Pokemon, a menu button or to challenge a gym, just do so once. More often than not, after a few seconds it will load your desired choice. If it doesn’t after a significant period of time, restarting the app will likely fix the issue. What is for certain, however, is angrily tapping a button multiple times will cause the game to crash or freeze, so to become a true Pokemon master, patience is a virtue. 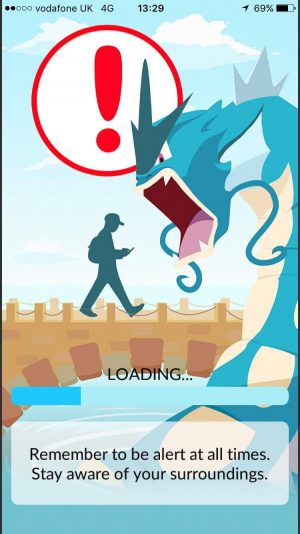 5. Check the Pokemon GO subreddit or our forums for the status of the servers

If all the above doesn’t help you play Pokemon GO, it may not be a problem with your phone or even your area – there could still be global stability issues owing to the expanded launch of the game and the server strain this will cause. Have a quick check of the Pokemon GO subreddit, or even our forum thread, and see if other players from your area/country/the world are experiencing the same issues. If they are…

6. Wait for Niantic to fix the game

The only definitive option to fixing the crashing issues and server instability for good is to wait for Niantic to fix all of the problems with the game. Pokemon GO is a fantastic experience when it works, however more often than not it doesn’t seem to work as we may have liked. It is extremely frustrating, but Pokemon GO has reached an unprecedented audience far beyond any iPhone app or even video game in general, and it will take a while for Niantic to make it a truly solid experience. Until then, share your problems with the official Pokemon GO site, at Niantic on Twitter, or on our forums, and hopefully Pokemon GO will become a more seamless experience sooner rather than later.