One minor difficulty with Pokemon GO (Free) is that some of the Pokestops are not always convenient to get to. Some may be in the middle of the ocean. But some may be in buildings that aren’t always accessible to the public, such as sports stadiums. Like, minor league baseball stadiums. Thankfully, minor league baseball teams are constantly looking for new and crazy ways to get people out to their ballparks, and the Double-A San Antonio Missions have decided to let Pokemon GO players specifically into their stadium two hours early with the purchase of a ticket. They conveniently have several Pokestops including a Gym at their park. Seems like a clever way to sell some tickets and get people out to a stadium that’s not really convenient for a lot of people, and in the middle of July when even at 7pm, first pitch is gonna be 100 degrees Fahrenheit. But if you can own a Gym that is tough to otherwise access, that’s worth the steep cost, no? 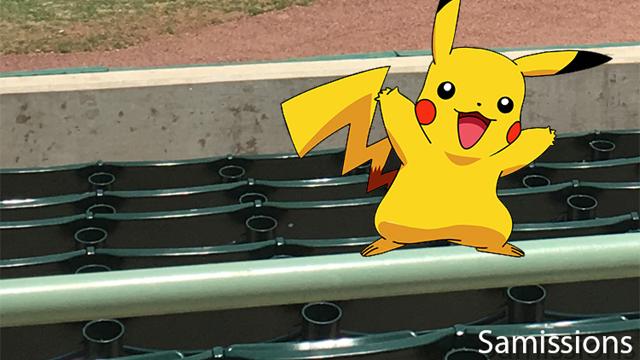 The big tip here is that if you see some notable Pokestops around you that are stadiums, theaters, buildings with limited access, keep an eye on their social media pages. Because they know people want to go there for Pokemon reasons, and what better way to promote and drum up some business than by letting Pokemon GO players in? We’ve seen college football stadiums, with their teams out of season, letting people in for Pokemon GO purposes during special events. Keep an eye on minor league baseball teams’ social pages, there are sure to be more promotions to draw people in to their Pokestops. And Major League Baseball, Major League Soccer, the WNBA, any sport that’s currently in season that wants to draw people in and has a handy Pokestop is sure to try and get in on the craze.