For quite some time, whenever someone wanted to make a generalized statement about how popular mobile gaming is, he would use Candy Crash Saga as the example, and that made sense given the game’s 20 million peak active users in the US. However, there’s a new kid in town now, Pokemon GO (Free), and according to this Surveymonkey data, it has just surpassed Candy Crash Saga to claim the US mobile gaming throne and officially become the biggest mobile game in US history. The game now haz 21 million active daily users, so it’s handily beating games like Clash Royale, Slither.io, and pretty much everything else around. And the game hasn’t been out in the States for that long either, so we’ve definitely not reached peak Pokemon GO. 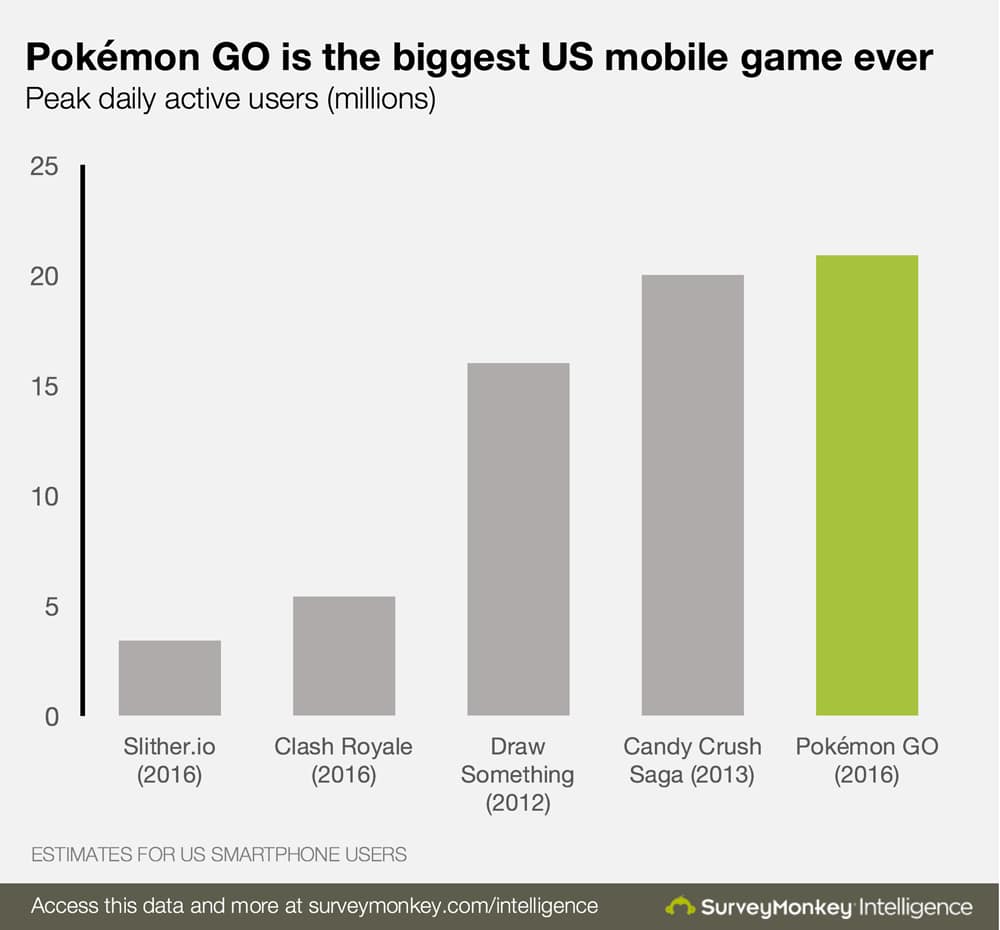 Speaking of growing, SurveyMonkey estimates that Pokemon GO is on track to beat Snapchat in terms of active daily users on Android devices and will also beat Google Maps’ active users on that platform. And this whole phenomenon is still snowballing because the more companies see Pokemon GO‘s popularity, the more they want to take advantage of it, and the more they take advantage of its popularity, the more popular it will get. So strap in guys and girls, we’ve yet to see the crest of this Pokemon GO wave.