Pokemon GO (Free) has only been out for a few days, but we’ve already seen numerous highly creative attempts at cheating the system and becoming a Pokemon master, through the traditional technique of living a sedentary lifestyle from the comfort of your sofa. We’ve seen record players and ceiling fans being utilised to hatch eggs, and even drones equipped with smartphones to be able to catch Pokemon regardless of where the critters are contained. While some may call it lazy, and others will attest to the ingenuity of such methods, one thing that is certain is that cheating is a time-honored tradition in all Pokemon games and definitely not unique to Pokemon GO. Thanks to the detective work/legendary laziness of Reddit user Neo-Ninja, here is a short yet inspired timeline of cheating in Pokemon games (not including glitches or hacking devices such as GameShark or Action Replay because I’ve faced enough shiny level 100 Arceuses online and it’s all your fault).

Holding Down the D-Pad on the Game Boy Advance 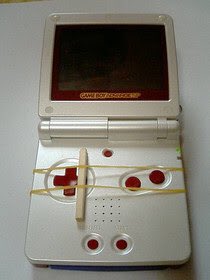 While technically this method dates back to Pokemon Gold and Silver, and also features heavily in every successive entry in the main franchise, it peaked back in the golden era of Ruby and Sapphire back on the Game Boy Advance as competitive battling began to blossom. Hatching eggs has always been an arduous task – some of the rarer Pokemon such as Bagon took over 10,000 in game steps to hatch, and for many going up and down Cycling Road for hours was not a good use of time that could be spent doing literally anything else. Because of this, some inventive trainers used something to hold down a direction on the D-pad and positioned themselves in front of a hill that your player would only bounce back against to rack up those steps without actually having to play the game. A match an elastic band is used in the image, however really anything that could exert enough force to press the D-pad would suffice.

Sticking the PokeWalker to a fan 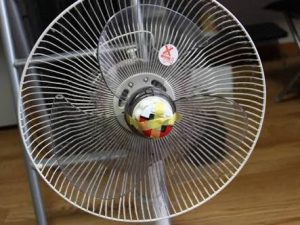 Believe it or not, Pokemon GO is not the first time Pokemon trainers have been encouraged to actually get outside and be active. Back in 2009, bundled with Pokemon HeartGold and SoulSilver was a small device called the PokeWalker. This was essentially a pedometer that allowed you to level up a creature that you sent from the main game to the device, and also catch some critters through ‘Watts’ that were accumulated the more steps you made. This was an excellent way of acquiring rare beasts early on in the story, however actually going outside and moving proved anathema for a significant proportion of Pokemon players, and at least from my experience, the device was too clever to be fooled by merely shaking it. Therefore, some decided to attach it to an electric fan with some sticky tape and let it spin until you realised that such great lengths to avoid exercise were maybe indicative of a need for a dramatic lifestyle change.

Wedging something underneath the 3DS Circle Pad 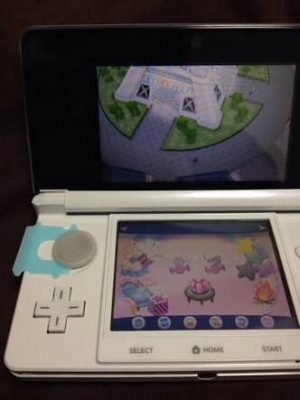 This method has great similarities with number one, however is altered to compensate for the addition of an analog stick on Nintendo’s most recent handheld and a move towards 3D gameplay in the newer Pokemon titles. Thanks to a circular path around the 5th gym/Prism Tower/Eiffel Tower in Lumiose City in Pokemon X and Y, by wedging something like a coin or a paper clip or anything thin enough to get underneath the 3DS Circle Pad you could make your avatar cycle forever in circles until all your eggs had hatched. While there was a risk of potentially damaging the stick on some of the early 3DS models, this method proves that while Pokemon may change and games consoles may change, there will always be some method of cheating while hatching eggs in Pokemon. 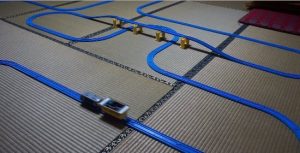 Owing to the portability and advancement of mobile devices, there really are infinite ways of attempting to defraud Pokemon GO into letting you hatch eggs or catch Pokemon with minimal effort. While we have seen all of the above techniques used in the past few days, Pokemon GO has only just been released. In the coming weeks and months there will surely be many more innovative methods that people come up with, so they can manipulate their phone to be able to just do the ‘Pokemon’ part of Pokemon GO. If you have came up with any great and never before seen ways of cheating the hardware on Pokemon GO, or would like to reminisce on past exploits within the Pokemon series, leave a comment below and share your hints and tips on our forums.