We’ve seen a lot of licensed LEGO games in the 11 years since the series of action games from Traveler’s Tales first kicked off. Batman, Harry Potter, Lord of the Rings, the Avengers, Indiana Jones, Jurassic World, and Pirates of the Caribbean have all had at least one game made chronicling their stories and characters. I’m not even going to touch what’s going on in LEGO Dimensions, but I’m pretty sure we’re only a few announcements away from a Taxi playset complete with Judd Hirsch and Andy Kaufman mini-figures. While it’s undeniable that these games pay loving homage to their respective licenses (I can’t doubt the purity of any developer who includes Howard the Duck in their Marvel game), it’s equally undeniable that despite the wide differences between those licenses, the games are very similar in terms of gameplay. It makes sense. They found a winning formula, so why not just kludge whatever’s popular into that framework? Players seem happy enough, bills are paid, it’s smiles all around.

That formula fits some brands better than others, but lest we forget, it was originally designed for LEGO Star Wars, the 2005 release that got all of this going. Each new release since has bolted a few little bits on, but this design was made for Jedi, blasters, droids, and X-Wings, and in my opinion, that’s always been the world that fits it best. Unfortunately, we had a bit of a drought for source material up until recently, so the last Star Wars-branded release in the line was 2011’s LEGO Star Wars 3: The Clone Wars. With a new Star Wars movie hitting theaters late last year, I knew we would be getting another LEGO game in the popular setting, and my hopes were perhaps a little higher than usual. 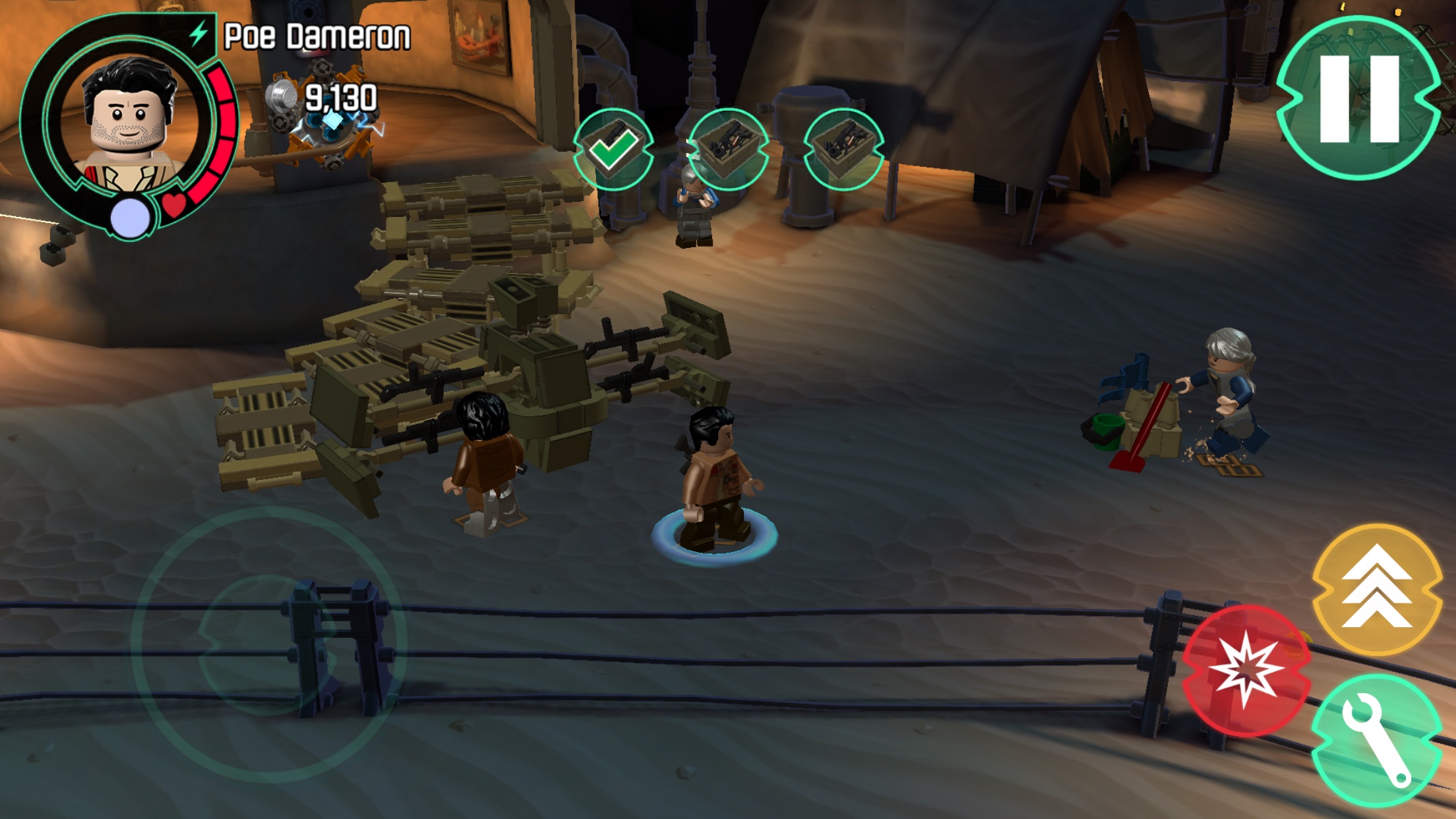 LEGO Star Wars: The Force Awakens (Free) is, as usual for iOS, a streamlined take on the console/PC release of the game. Sharing much with its Vita cousin, it gives you most of the stages of the bigger version, albeit sliced into smaller sections, and gets rid of the open world areas entirely. Differently from the games in the LEGO series that take place in fixed locations like LEGO Batman: Beyond Gotham ($4.99) and Marvel Super Heroes ($4.99), the missing open world in this version of LEGO Star Wars: The Force Awakens doesn’t bother me all that much. It’s not like they’re hanging around any one spot in the movie for very long, after all. That leaves us with a slightly abridged, humorous take on last year’s biggest box office hit, all done up in the usual LEGO video game style.

Although there are a few additions to the usual gameplay, such as simple cover-shooting sections, it’s safe to say that if you’ve already played a LEGO game before, you already know what you’re getting into here. Since the developers have worked with such a large variety of characters and powers in the past, just about every action you can perform in this game has been done in a prior game. Yes, now you often have to choose between a few different finished products when you’re scrabbling together bits to make something, but you’ll still be pushing buttons, swinging from poles, shooting targets, and so on. It works as well as it ever did, even if it’s not very exciting stuff this many games down the line. 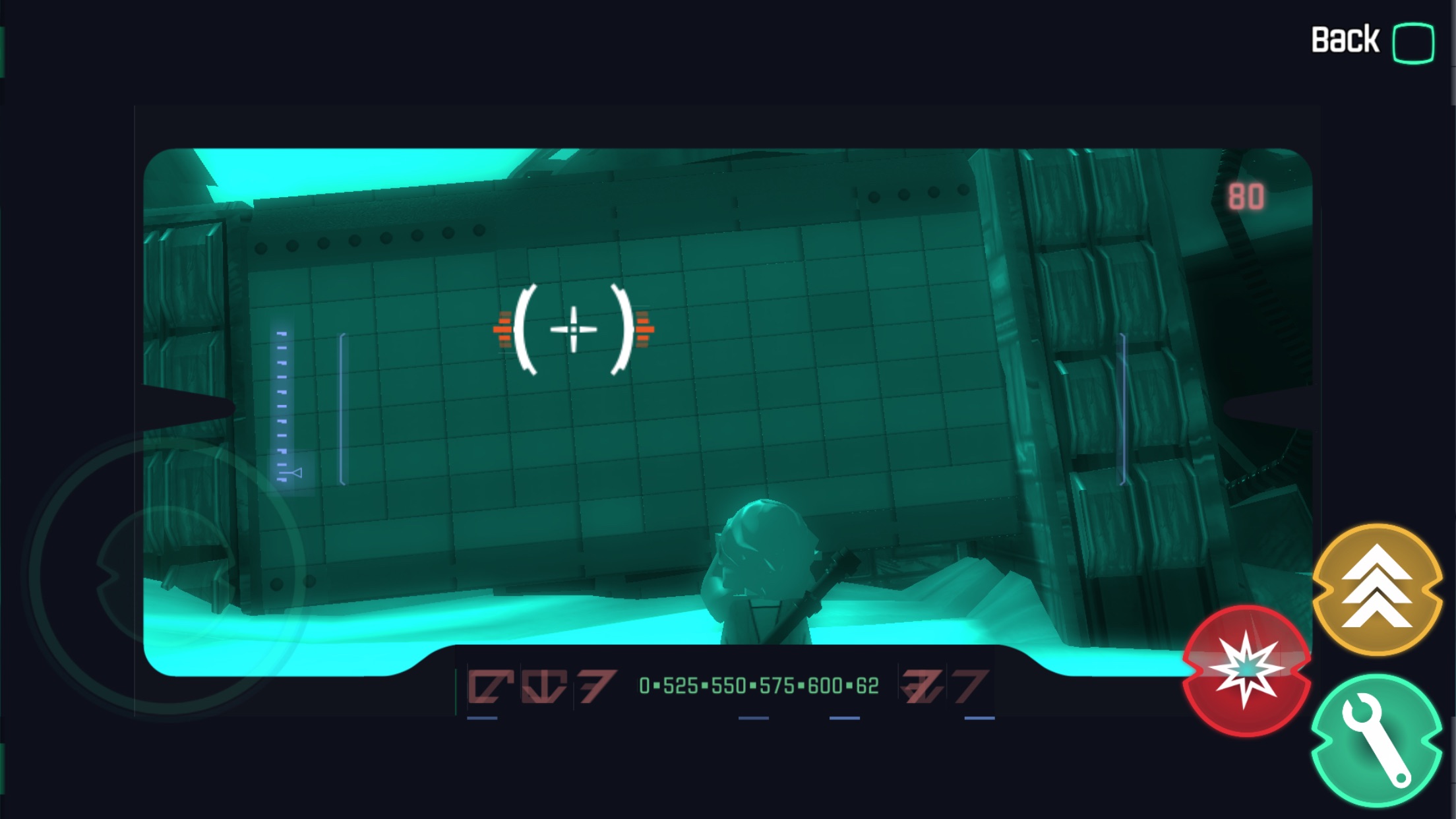 One thing that is different here compared to other recent LEGO releases is the pay model. The initial download is free and contains the first few levels. After that, you can buy one of two IAPs to unlock the rest of the game. For $6.99, you can get immediate access to the rest of the story of The Force Awakens, an additional eight chapters that includes 24 levels and their associated characters. If you’ve got a few dollars more to spend, you can pay $9.99 for an IAP that includes the rest of The Force Awakens, three additional adventures that tell side-stories during the same time period, and four character packs that give you access to a handful of characters from The Empire Strikes Back, Star Wars: Rebels, The Freemaker Adventures, and the Prequel Trilogy. The catch is that thus far, only the content from The Force Awakens is available, so you’re essentially buying a promise for the moment. Still, the price is quite competitive compared to the other handheld versions, and you can try before you buy if you’re one of the three people on Earth who hasn’t played a previous LEGO game for reference.

Apart from the new pay model, LEGO Star Wars: The Force Awakens follows carefully in the footsteps of recent iOS LEGO releases. The control options include a special touch-based set-up, a virtual pad, and MFi controller support. The voice samples are a mix of lines taken directly from the film and some new dialogue recorded especially for the game. The graphics and audio are as well-done as ever, and if there’s any better background music for smashing background objects and collecting hundreds of thousands of studs than the rousing score from John Williams, I don’t know what it might be. The difficulty in general is quite low since there’s no real way to get a game over, but some of the extra goals you need to complete for gold bricks can be downright nasty. You’ll need to know your stuff to unlock everything in the game, if that’s something you really want to do. 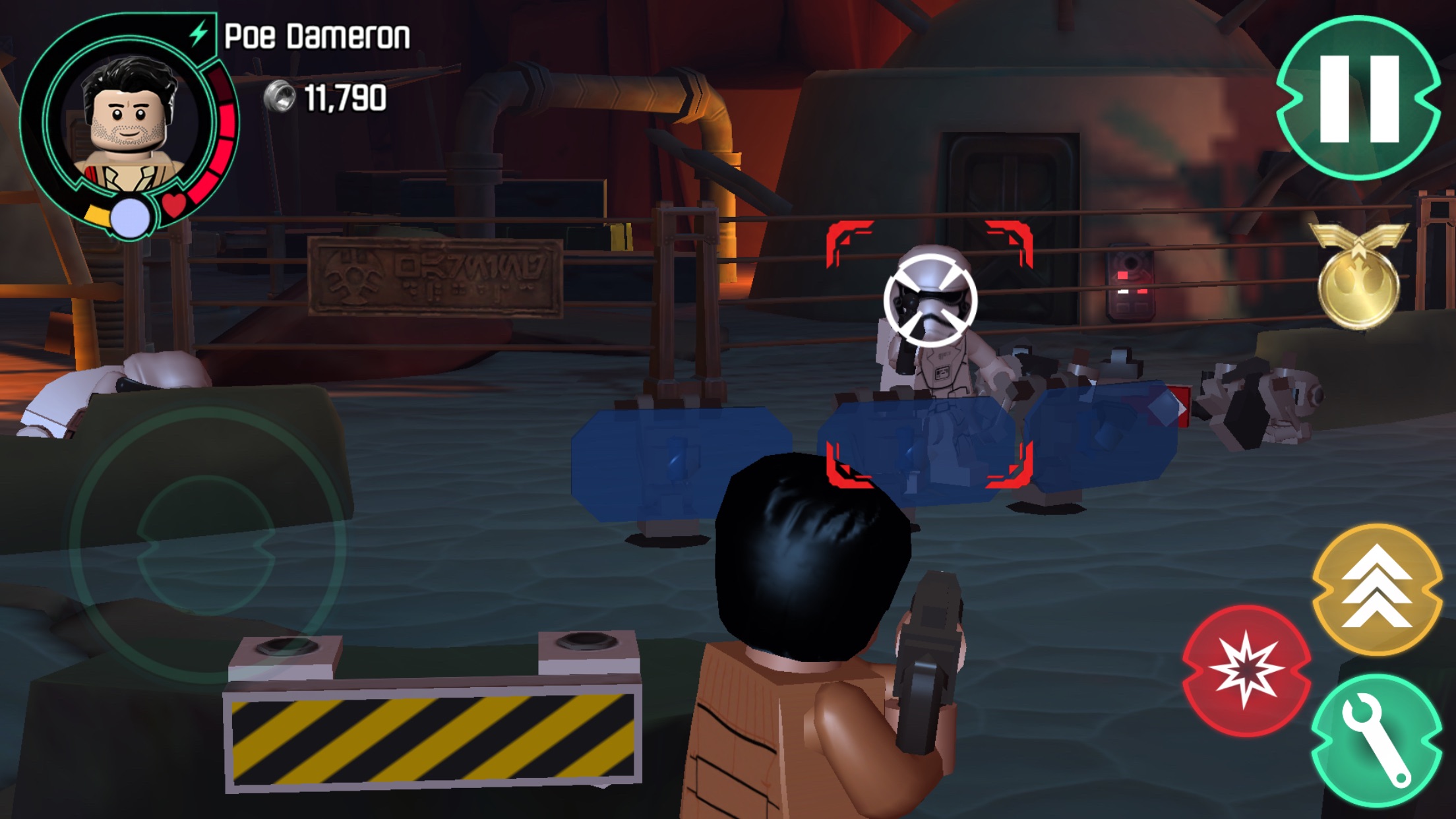 Humor is one of the stronger aspects of the LEGO games, and with its bombast and bizarre cast of characters, Star Wars has always been a great source for the kinds of jokes that Traveler’s Tales likes to tell. The Force Awakens proves to yield just as much fruit as its predecessors, though I still maintain these games were funnier without voices. Kylo Ren is the constant butt of jokes in virtually every scene he appears in, and while that may be low-hanging fruit, it’s good stuff. Other jokes are more hit or miss, with the go-to gag of someone falling over or running into something used perhaps a bit too often. Han’s scenes in particular are handcuffed badly by the audio. It’s too bad, because almost every scene he was in during the movie has serious comedic potential.

LEGO Star Wars: The Force Awakens is the same old LEGO juice in a Star Wars mug. I happen to think that juice tastes slightly better in that mug, but it all depends on how much you like Star Wars. As mindless smash-em-up action goes, this game offers the same standard of quality we usually see from this developer, and while I personally didn’t think it went anywhere interesting, I have to at least commend the developer for trying a few new things to shake up the gameplay a little. I think LEGO Star Wars: The Complete Saga (Free) is a better game all around, but both as an adaptation of the new movie and a substantial, consumable IAP-free iOS action game, LEGO Star Wars: The Force Awakens does its job quite well. Predictably, to be sure, but well.