The launch of Pokemon GO (Free) has been a bit odd as it’s not gone by the “soft launch then worldwide release" formula that most games of this ilk go by. With the game proving to be popular in its launch territories, people yet unable to play will not want to hear this: the international rollout of the game has been “paused until we’re comfortable" according to Niantic CEO John Hanke, as players in the US, Australia, and New Zealand have overloaded the game’s servers in the first 48 hours. Niantic is working on getting the game back up and running reliably so that more people can play this, but there’s gonna be some more time to wait to play this. 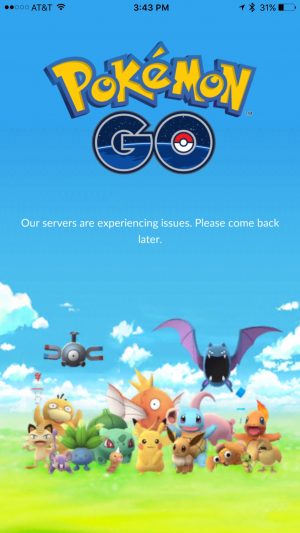 Pokemon GO has managed to hit number 1 in the iPhone top grossing charts despite getting zero featuring from Apple on the App Store, which goes to show just how excited people were to play this one. The launch has been rocky, but it’s probably better for a game’s future to have too many people wanting to play it instead of not enough.