Welcome to another Touchstone Tavern, our weekly roundup of all things Hearthstone (Free). I’ve (almost) finished my move across the Atlantic, and now we are back to business as usual (minus the slight timezone change). This week we have Ben Brode talking about the current state of the game as well as what the team is looking to fix in the future, a pro going to legend in three days with a new F2P account,  the diversity found in the Warrior class, the current state of the meta – hint, Aggro Shaman still rules – and much more. I hope you’ve been enjoying playing Hearthstone and the diversity in the meta is allowing you to have fun. Do let me know in the comments what you think about the state of the game. Okay, on we go.

This HearthPwn story gathered different comments Ben Brode made on Twitch regarding the state of the game. He said that they removed the sorry emote because it didn’t have a lot of use and decided to switch it out with the wow one because it’s more useful. When it comes to Arena, they are looking into ways of celebrating Arena players more and feel that it would be interesting to change the drafting pool periodically. When it comes to class-specific comments, Priest might be the worst class now, but there are cards in the game that could bring it back up, Shamans got some great cards because there was a lot of room for improvement, and Mech Warrior surprised the developers because no one had build that deck up to that point. 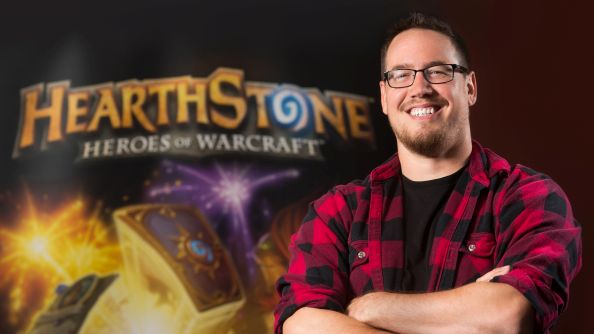 When it comes to the game balance, the developers don’t think players should compare the balance of card games like Hearthstone with the balance of games like Overwatch and Starcraft because it’s easier to nerf in those games. In another Hearthpwn story, Brode states that the team has been discussing improving the ladder experience, though no further info was provided. There’s a lot more info in the story, including possible new features, so check it out here.

One of the most frequent comment when it comes to F2P games like Hearthstone is that they are pay-to-win and that you need a lot of money to make it to the top tier. Well, according to this story by VentureBeat, pro player PawelHS proved that these comments aren’t always accurate. He started a new account and tried to make it to Legend without spending any money. He used cards that you start with, three free packs you get with a new account, and cards earned by Arena runs. He made a Pirate Warrior deck and reached legend in three days with a 138-75 record. With the caveat that PawelHS is a skilled player and could get plenty of rewards from Arena, his success shows that if you have the skill but lack the money, you can still go far in the game.

Kibler is one of the most popular pros, and because of his long experience with Magic as well as Hearthstone, when he talks, people listen. Recently, he gave an interview to PC Gamer regarding the state of the competitive side of the game. Kibler feels that there’s still room for evolution of the current meta, especially judging from the variety of lineups we’ve seen in the different regions. While most of the powerful decks are now well-known, they are still being iterated upon. As for the newcomers that we’ve been seeing in tournaments recently, Kibler feels that it’s imperative that the casters contextualize them and create storylines that make viewers interested in watching.

As for Standard, he’d like to see some shift in terms of the baseline for the format because the Classic cards for some of the classes aren’t very strong (e.g. Priest). Also, having the same cards forever means you will be getting very similar archetypes constantly. He then goes on to talk about CCGs in general, including the upcoming Gwent game, so check out the story here.

The Times You Shouldn’t Concede

While conceding when the game is up is a very common habit among players, this story talks about the times when you shouldn’t concede. For instance, you shouldn’t concede when the opponent hits her combo because she’s been building towards that moment the whole match, and it’s a shame to take it away from her. Or when you miss lethal and you feel like quitting, it’s a good idea to keep in playing and learn from that misplay. Even when you see from the get go that the matchup is bad, you should stick with it because you could still win and if not, you’ll learn something about that matchup for the next time. Read the whole story here.

The Pros Who Played Yogg and Made it Out Alive

This smart story talks about Yogg-Saron, the RNG master from the latest expansion that has found surprising popularity in tournaments. The writer put together a list of pros that favored Yogg along with videos that show them play Yogg decks. It’s quite a fun read and comes with the extra bonus of seeing all kinds of crazy RNG. Check it out here.

It’s a wonder how Warrior suddenly became the most diverse class in the game, something most of us weren’t expecting when we were previewing cards from the new expansion. According to the story, before the expansion there was limited creativity to be found in Warrior decks; now, however, Warrior has seven competitive archetypes. This is partly because of Sir Finley, which has opened up a lot of opportunities for deckbuilders, and because pros are becoming better deckbuilders. The writer then goes on to list the various archetypes along with brief explanations how each deck works. Check the story out here.

According to the writer of this story, you shouldn’t mix your obsession with winning with the game’s casual mode because that’s not the purpose of the mode. The casual mode is supposed to be about experimentation with various decklists and about having fun. When you bring an aggro deck to casual, though, you ruin the fun for everyone because that deck is not fun to play against, especially when it hits the right early cards. It’s also not fun to play Aggro since you don’t have to make too many difficult decisions regarding which card to play when. Though I don’t necessarily agree that Aggro decks are that easy to play, I do see his point about Aggro not being fun to play against. What do you think? Is Casual the place for Aggro?

If you like playing DOTA 2, then this story is for you. Reddit user, Jcb3454, decided to turn DOTA characters into Hearthstone cards, and the results should be quite fun for those who know the characters (I’m not one of them, unfortunately). There are cards like Dirge the Undying, Dazzle, Nyx Assassin, and more. Check them all out here.

Blizzard has announced the Hearthstone Championship Tour dates to help those planning to participate or simply watch keep track of what’s to come. The announcement offers dates for the Summer Preliminaries as well as Americas, Europe, and Asia-Pacific Summer Championships. With BlizzCon 2016 (Nov. 4-5) rapidly approaching, it won’t be too long before we know most of the participants. Check out the dates here. 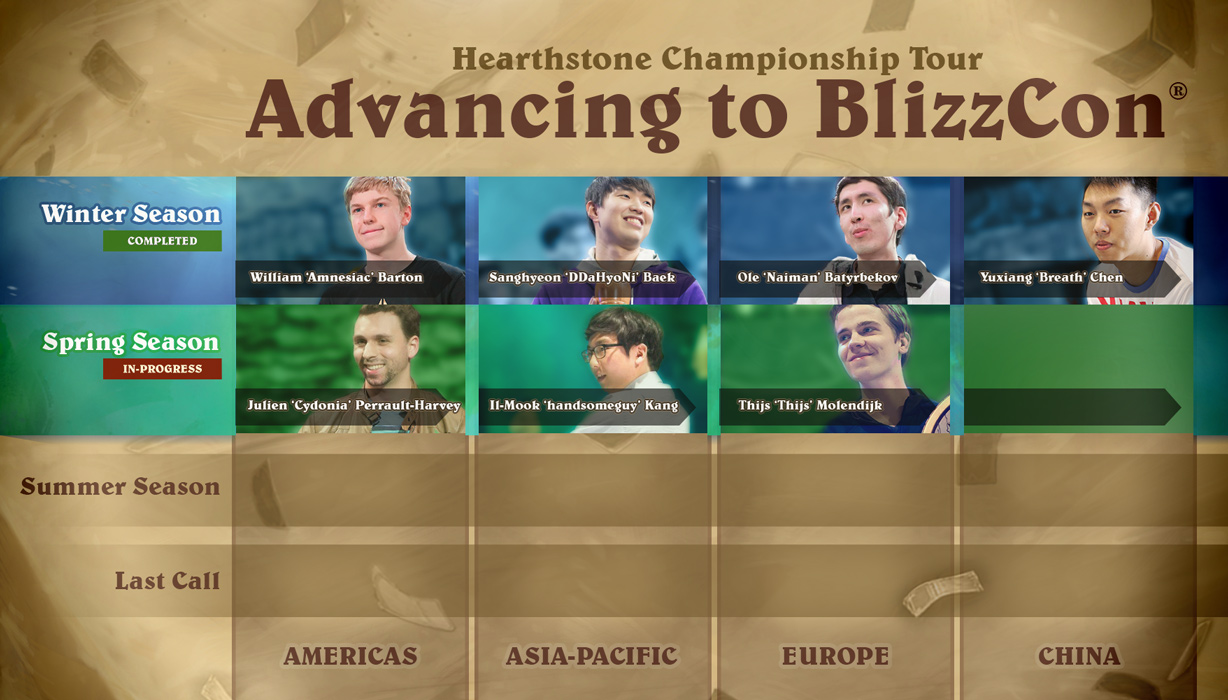 As everyone pretty much knows by know, Warriors are very strong now. As Tempo Storm’s Snapshot points out, we are seeing different Warrior variants rising to Tier 1, and this week we have C’Thun and Dragon Warrior in Tier 1. Aggro Shaman continues to lead the pack because of its solid matchups and fast games. Zoolock remains in Tier 1 because by now it’s a very refined deck. On the other end of the spectrum, Rogue continues to fall while Paladin and Priest continue to be at rock bottom with no way up at the moment. Check out the whole meta report here along with decklists.

The Worst Match-up in WoG